Shepherds are told of the birth of Jesus - Catholic Courier 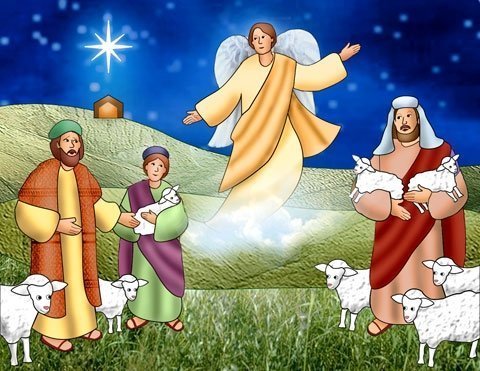 Shepherds are told of the birth of Jesus

Bible Accent: The birth of Jesus

Shepherds are told of the birth of Jesus

Caesar Augustus ordered a census in order to count the population of the world. As part of this order, every man would have to bring his family to his home town to be counted.

A man named Joseph was living in Galilee, in the town of Nazareth, but he had to travel to Bethlehem, also called the city of David, in Judea, for the census. He also had to bring Mary, his betrothed, with him. Mary was expecting her first child, so Joseph knew the journey would be difficult for her.

While in Bethlehem, Mary gave birth to the baby, a son. She wrapped him in swaddling clothes and laid him in a manger, which was normally used as a feeding tray for livestock. Because so many people were in Bethlehem for the census, the inns were full, so there was not a suitable room for Joseph and Mary to sleep in.

In the region of Judea, shepherds who lived in the fields were keeping a night watch over their sheep. Their quiet evening was transformed into one of glory when an angel of the Lord appeared to them, surrounded by the glory of the Lord.

The shepherds were terrified, but the angel reassured them with a message from God. “Do not be afraid,” he said to them, “for behold, I proclaim to you good news of great joy that will be for all the people. For today in the city of David a savior has been born to you who is Messiah and Lord. And this will be a sign for you: you will find an infant wrapped in swaddling clothes and lying in a manger.”

As soon as the angel finished his message, he was joined by a multitude of heavenly beings who praised God by saying, “Glory to God in the highest and on earth peace to those on whom his favor rests.”

After the angels had gone, the shepherds said to each other, “Let us go, then, to Bethlehem to see this thing that has taken place, which the Lord has made known to us.” They immediately went into the town and found Joseph and Mary, and the baby, just as the angels had told them. They shared what had happened to them, then they returned to the their fields, praising God that they had witnessed the birth of the Messiah.

READ MORE ABOUT IT:
Luke 2

Q&A
1. Why did Joseph go to Bethlehem?
2. How did the shepherds know about the birth of Jesus?

Bible Accent: The birth of Jesus

The story of the birth of Jesus is one of the most loved stories in the New Testament. We can read about angels announcing what is one of the most important messages they ever delivered: Jesus Christ was about to be born. Faithful and humble Joseph takes care of Mary and brings her to Bethlehem for the census. Elizabeth, who has prayed for God to give her a child, becomes the mother of John the Baptist and utters the words that we use for the “Hail Mary” prayer. A special star directs the Magi from the East to the spot where Jesus lay in a manger, then they are warned by an angel to take a different route home to avoid the wrath of King Herod. And even shepherds who are merely watching over their sheep see a multitude of angels and they, too, are privileged to visit the Christ child.

Anastasia (d. 304) was born into the family of a Roman nobleman, and was privileged to have St. Chrysogonus as her adviser. Although she married a pagan man, she showed compassion to the religious who were in prison because of their faith, and she visited them often. Her husband did not approve of this and would no longer let her leave the house. When he died, Anastasia also ministered to the Christians in Aquileia. She herself was arrested for her work and was put adrift on a prison ship along with a number of pagan prisoners. A vision of St. Theodota appeared and he directed the ship to safety on an island. Unfortunately Anastasia was arrested again and killed because of her ministry. We honor her on Dec. 25. 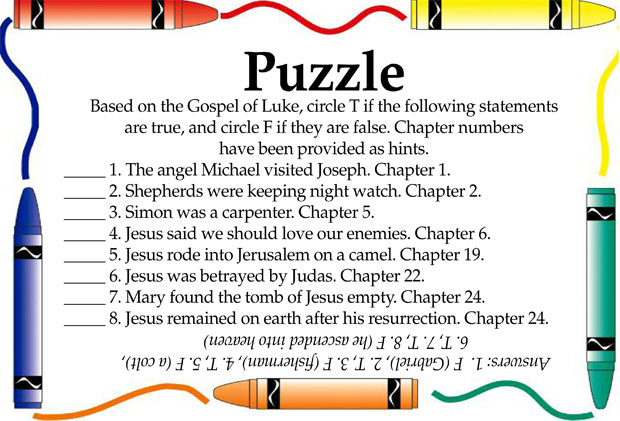