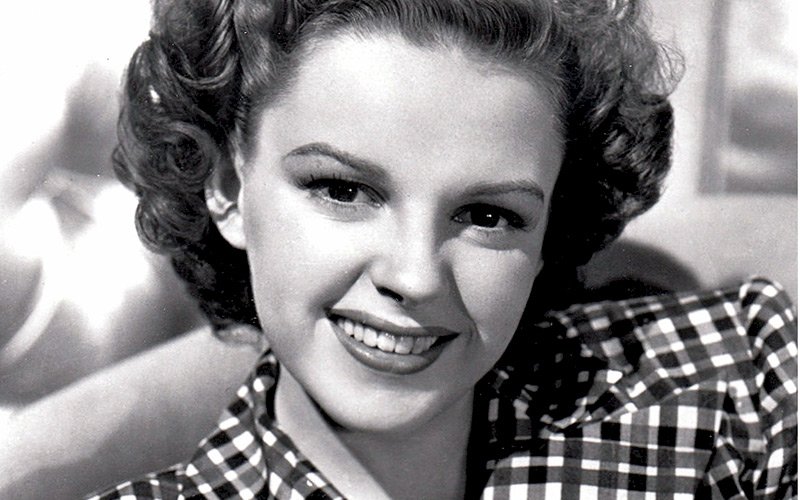 NEW YORK (CNS) — Half a century after her untimely death at 47, Hollywood icon Judy Garland is having a moment of renewed attention.

The biopic “Judy,” starring Renee Zellweger, has been well received by critics and audiences alike. And pay-cable outlet Showtime, drawing on the recollections of the singer and actress’s third husband, Sid Luft, has produced the documentary “Sid and Judy.”

Premiering Friday, Oct. 18, 8:05-10 p.m. EDT, the film is often revelatory and largely well-made. But it contains some morally questionable material, which mature viewers will need to judge with care.

Based largely on Luft’s posthumously published 2017 memoir “Judy and I: My Life with Judy Garland,” the program was directed and co-written (with Claire Didier) by Stephen Kijak.

Making good use of archival footage and wonderfully striking candid photos, Kijak heightens interest in the couple’s story. But his employment of computer animation will come across as a pretentious and distracting irritant.

The saga begins in October 1963 as viewers overhear a phone conversation between Luft and late CBS television executive Hunt Stromberg Jr. For most of their marriage, Luft served as the star’s manager, and that fall CBS produced the short-lived series “The Judy Garland Show.”

An exasperated Stromberg vents about the difficult performer: “The other night was very unpleasant and unfortunate.” As Luft attempts to mollify Stromberg, viewers realize how challenging it must have been to manage Garland.

Raised in Bronxville, New York, Luft — who had been an amateur boxer and possessed a reputation as a brawler — was working as a B-movie producer when he first encountered Garland at a Manhattan jazz club in September 1950. He recalls her as an “electric force.”

Both were married to other people when their romance began, Luft to actress Lynn Bari and Garland to director Vincente Minelli, the father of singer and actress Liza Minelli. Then 28, Garland had recently been released from her exclusive MGM contract — to which she had been signed by the studio as long ago as 1935, at age 13.

Luft was instrumental in reviving Garland’s career, at first as a concert performer. She made legendary appearances at the London Palladium and New York’s Palace Theater in 1951.

Once in disrepair, the Palace was renovated for Garland’s comeback concert. Having begun her career as a vaudevillian, when she was billed as one of the Gumm Sisters, the former Frances Gumm felt a special kinship with the storied venue.

With the 1954 remake of “A Star is Born,” Luft also engineered Garland’s return to the movies.

Though the production took two-and-a-half years to make and cost $6 million, the original three-hour release was critically well-received. When the film failed to make enough money, however, Warner Bros. cut it by almost 30 minutes. The “butchered” result, in Luft’s judgment, reduced the couple from “heroes to failures.”

The duo divorced in 1965, and Garland’s well-documented drug addiction proved fatal in 1969.

The documentary features some coarse language, discussions of abortion, adultery, out-of-wedlock births, substance abuse, suicide, homosexuality and transgenderism. Luft’s apparent lack of qualms about committing adultery and, even more significantly, his cavalier attitude toward abortion will do nothing to endear him to Catholic viewers.   Troubled Garland, who had multiple such procedures, secretly destroyed the child she and Luft had conceived while she was still married to Minelli. Looking back on the event, Luft shows no concern whatever for his progeny, focusing instead on Garland alone. “I was a clod,” he states. “I wasn’t attentive. I didn’t send flowers.”

However paradoxically, the unsparing portrait of Garland that emerges evokes, by contrast, sympathy and understanding for her. Numerous unflattering photos capture an overweight Judy, her bloated appearance a symptom of chronic drug use.

In 1959, we learn, Garland was rushed to the hospital hovering near death. Her liver had swollen to four times its healthy size, and 20 quarts of fluid were drained from the star’s body.

Troubled in soul as well as body, “the little girl with a big voice” remains a tragic figure. As for “Sid and Judy,” though misguided and flawed in some respects, like its principal figures, those adult viewers for whom it’s suitable will find that the show still manages to make an impression.
– – –
Byrd is a guest reviewer for Catholic News Service.