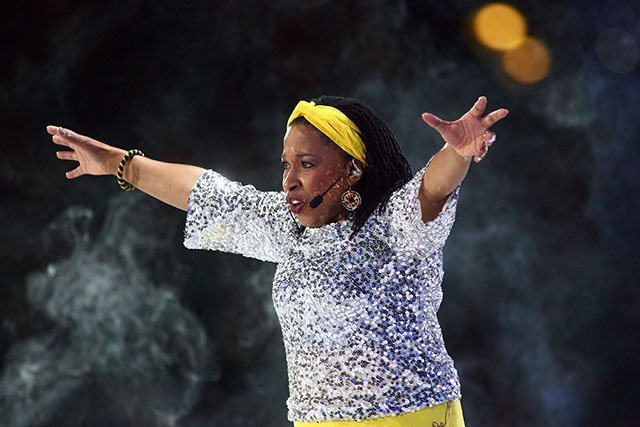 Singer ValLimar Jansen performs at the opening ceremony of the National Catholic Youth Conference in Indianapolis in 2011. She will hold a free performance Friday, Aug. 8 in Irondequoit.

Catholic singer-songwriter ValLimar Jansen will perform a free concert from 7 to 9 p.m. Friday, Aug. 8, at Christ the King worship site of St. Kateri Tekakwitha Parish, 445 Kings Highway South, Irondequoit. The concert is open to all ages and will feature songs, stories and more.

Jansen has sung sacred music since she was 5 years old and played the role of Beneatha with the Broadway Touring Cast in the European premiere of "A Raisin in the Sun." She cowrote a one-woman musical about the life of Ethel Waters that received a special commendation from the Kennedy Center in Washington, D.C. She has been a cantor and jazz musician, a university professor, worship and prayer leader, and a workshop presenter.

The concert is presented by RCL Benziger.