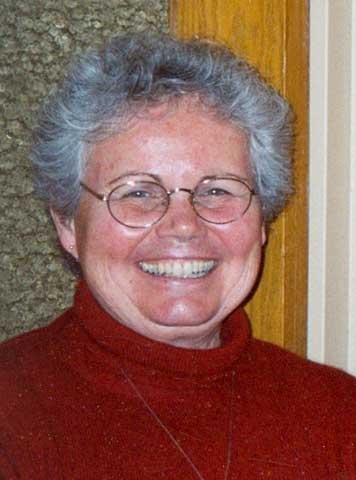 People who can claim constant job satisfaction over a 16-year span are among the few and the fortunate. Yet that would be the case for Sister Donna Fannon, who recently concluded her lengthy tenure as a chaplain at Cornell Catholic Community.

"I loved every minute of it, and it was very difficult to come to the decision to leave," said Sister Fannon, who has relocated from Ithaca to her native Massachusetts to care for her mother in Bridgewater, near Boston. Receptions were held in her honor at Cornell after Masses on May 9.

She is one of two Cornell Catholic Community chaplains who will not return to campus this fall. On July 27 Father Robert Smith, 78, died after eight years of service at Cornell. No replacement for either Sister Fannon or Father Smith has yet been announced.

Sister Fannon has been a sister in the Mission Helpers of the Sacred Heart order since 1979, following a career in the electric power industry and as a secondary-school physics and mathematics teacher. She began at Cornell in 1994, serving as director of Christian formation, which involved overseeing the Rite of Christian Initiation of Adults process and a small religious-education program for children.

"The traditional work of my congregation is catechetics and evangelization, particularly to students in public schools. Being a campus minister at Cornell fit right in with that tradition," Sister Fannon said.

She noted that over the years, her duties at the Ivy League university expanded to encompass "just about every aspect of the ministry. The activities I found most life-giving were the weekend retreats, offering spiritual direction and the Spiritual Exercises, the annual Kentucky service trip (with the late Father Mike Mahler, who served at Cornell from 1983-2003), a book discussion group focusing on Catholic women writers, and of course, RCIA, which has been a staple for all of my years at Cornell."

Sister Fannon enjoyed being part of a campus-ministry team that included Catholic priests as well as leaders from other denominations. The ecumenical flavor "was enriching and broadened my perspective on world religions and possibilities for interfaith dialogue," she said.

Her greatest joy was ministering to young adults, often in a number of behind-the-scenes capacities.

"My fondest memories are of conversations with individual students about the important questions of life — faith, ideals, vocation, making a difference with one’s life," she said. "It was always heartening to see so many students at the Sunday Masses — and so many international students. It gave me great hope for the future of the church around the world."

Sister Fannon said she’ll focus on family responsibilities "for the foreseeable future," but also expects to stay active with her religious congregation as a formation director and spiritual director. In addition, she’s keeping a hand in campus ministry by becoming involved with the St. Basil’s Chapel community at Bridgewater State University.