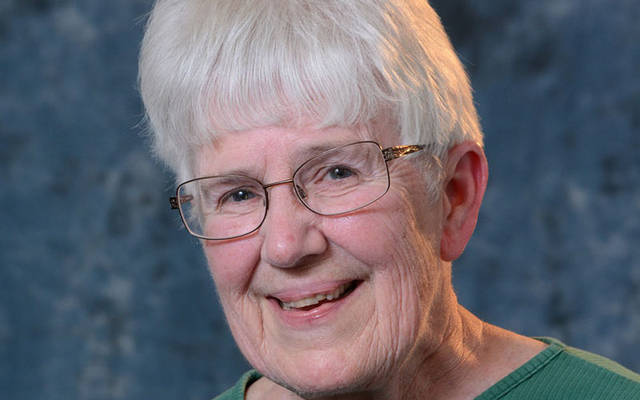 Sister Brennan entered the congregation from her home parish of Sacred Heart Cathedral in 1956. She earned a bachelor’s degree in English in 1961 from Nazareth College and a master’s degree in communication arts from Notre Dame University in 1970.

Sister Brennan taught at St. Anne School in Rochester in 1962 and then was assigned to St. Mary Church in Auburn. She taught English and speech at Nazareth Academy from 1964-80.

In 1980, Sister Brennan began serving as director of St. Joseph House of Hospitality in Rochester, an organization founded by Catholic Workers. After four years there, she opened and became codirector of St. Martin’s Place, a lunch program that served the poor and homeless in Rochester until 2017.

In 1993, she began to research the history of the Sisters of St. Joseph and wrote several books on various periods of the congregation’s history. She was elected to leadership and for eight years served as counselor in central administration.

Sister Brennan opened St. Joseph’s Northside on Lyell Avenue in 2005 to provide support to an underserved area of the Rochester. Health issues necessitated her retirement in 2018.

Her funeral liturgy was celebrated at the motherhouse chapel on Sept. 19, 2019, with burial at Holy Sepulchre Cemetery.