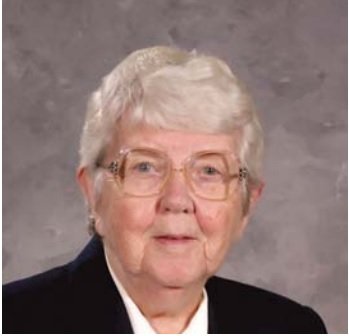 In 1968 Sister Lynch went to Nazareth Academy in Rochester to teach English. Three years later she was assigned to serve as local coordinator.

She became director of retirement/pre-retirement planning for the Sisters of St. Joseph in 1977, and also served as local coordinator at St. Ann’s Home.

Sister Lynch was coordinator at the motherhouse infirmary from 1984-97. It was there where she introduced the idea of admitting clergy into care and was able to welcome the first of many priests to the motherhouse.

Sister Lynch is survived by her brother, Bernard (Carolyn) Lynch; sisters, Sister Mary (Mary de Porres) Lynch and Gertrude Amesbury; and her sisters in the congregation.

Her funeral liturgy was celebrated at the motherhouse chapel in Pittsford on May 20, 2017, with burial in Holy Sepulchre Cemetery.