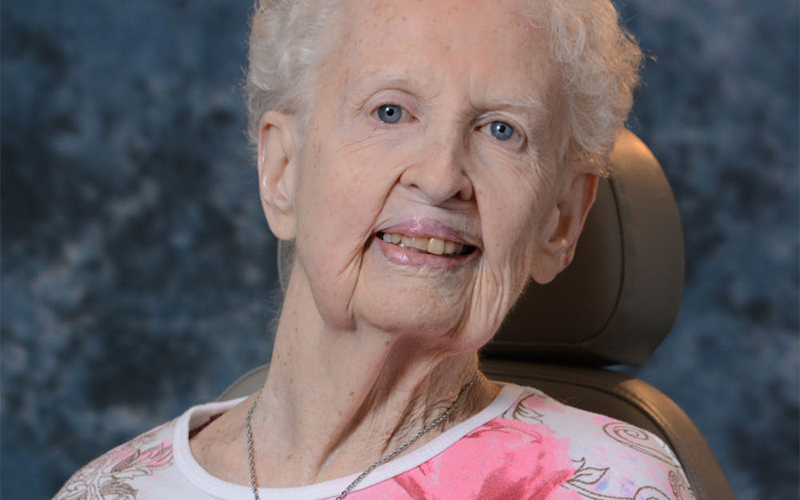 Sister Ryan entered the congregation in 1958 from her home parish of St. Charles Borromeo, Greece. She received a bachelor’s degree in history in 1968 from Nazareth College and a master’s degree in ministry in 1990 from Seattle University.

Sister Ryan began her teaching career in 1961 at St. Thomas More, Brighton. She also taught at Blessed Sacrament, Rochester; St. Anne, Palmyra; Immaculate Conception, Ithaca; and St. Theodore, Gates. In 1973, she went to New York City for a year to study at the New School of Social Research. When she returned, she taught art and dance at St. Agnes, Rochester.

In 1982, Sister Ryan became the religious-education coordinator at St. Elizabeth Ann Seton Parish, Hamlin, where she remained for 10 years. She became pastoral associate at St. Patrick, Victor, and in 1996, she moved to the Corning-Painted Post Roman Catholic Community. After more than nine years serving as pastoral associate at St. Patrick, Moravia, Sister Ryan took a volunteer position at St. Pius Tenth, Chili, and then became the director of RCIA there in 2015.

Her proudest achievement was the founding the Hosanna Sacred Dance Group in 1979. For 15 years, the members provided beautiful dance interpretations for many special occasions in churches throughout the diocese.

Sister Ryan is survived by her brothers, Steve (Sabrina) and Phil (Sue); nieces and nephews; friends; and sisters in the congregation. Her funeral liturgy was celebrated at the motherhouse chapel Oct. 1, 2021, with burial at Holy Sepulchre Cemetery.