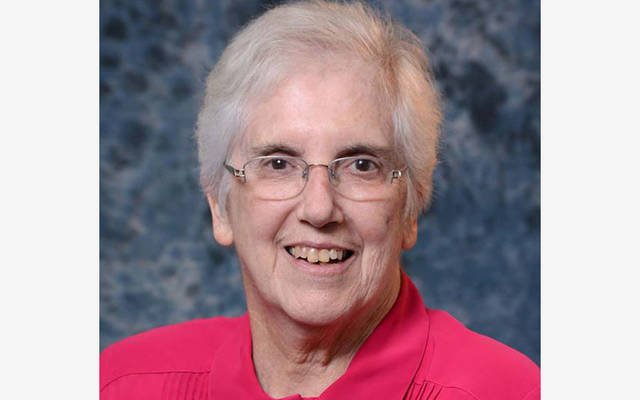 Sister Conheady entered the congregation in 1949 from her home parish of Holy Apostles, Rochester. She received a bachelor’s degree in 1953 and a master’s degree in history in 1961 from Nazareth College. While working on her studies, she taught at Sacred Heart Cathedral School and St. Agnes High School in Rochester from 1953-61.

She earned a second master’s degree in history from Oxford University in 1963 and then completed her Ph.D. in history at the University of Chicago in 1967. After completing her studies, she returned to teaching at Nazareth College and remained there until 1975. She served one year as the congregation’s novice director and as a congregational justice coordinator for two years.

In 1979, Sister Conheady was assigned as pastoral assistant at St. Stanislaus Church in Rochester and then coordinator of services in the SSJ Central City Center. In 1983, she became director of MORE, a Catholic Family Center program serving women changing lifestyles. She also worked with the Diocese of Rochester’s Office of Black Ministry and founded Women’s Place, a Rochester shelter for homeless women with children 5 or younger.

From 1992-98, she worked in research, initially studying housing for the mentally ill, and then in various congregational projects. In 1998, she returned to pastoral work at Holy Rosary Church in Rochester and did special projects at the SSJ’s Nazareth convent until her retirement in 2014.

Sister Conheady is survived by her nieces, nephews, friends and her sisters in the congregation.

Her funeral liturgy was celebrated at the motherhouse chapel March 8, 2018,with burial in Holy Sepulchre Cemetery.