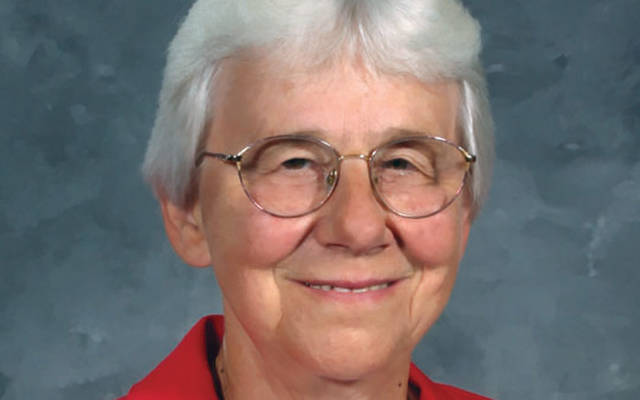 Sister Scheg entered the congregation from her home parish of St. Boniface, Rochester in 1954. She earned a bachelor’s degree in social studies and a master’s degree in history from Nazareth College. She received her permanent certification in administration from St. Bonaventure University in 1971.

In 1977, Sister Scheg taught seniors at School of the Holy Childhood, Henrietta. She also became a caseworker and supervisor of the clinical treatment program. In 1988, she became chaplain in the Elmira Correctional Facility, where she remained for five years.

From 1996-98, Sister Scheg served as administrator at the Sisters of St. Joseph Motherhouse infirmary. In 1998, she was assigned to Corpus Christi School, Rochester, where she was the school librarian for eight years. In 2006, she moved to the motherhouse and worked in Sisters Care Ministry until diminishing health forced her into retirement.

Sister Scheg is survived by her nieces, nephews, friends and her sisters in the congregation.

Her funeral liturgy was celebrated at the motherhouse chapel on Dec. 18, 2018, with burial at Holy Sepulchre Cemetery.