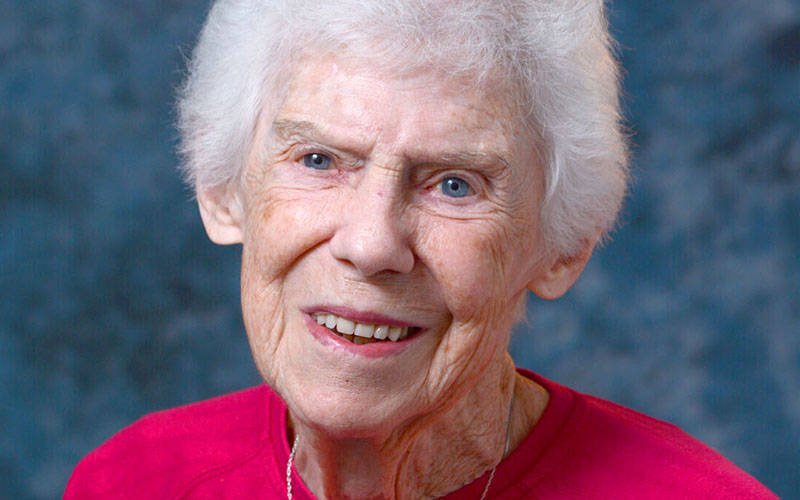 In 1954, Sister Schmitz began teaching at St. Michael School, Penn Yan; Sacred Heart, Rochester; and Our Mother of Sorrows, Greece. After 11 years in education, she was sent to be a missionary in Mateira, Brazil. She spent 12 years serving the people of Brazil in three different locations.

She returned to Rochester in 1977 and worked as an apostolic visitor at Rochester General Hospital, which led her to earn a CPE at St. Raphael’s Hospital in New Haven, Conn. She served as a pastoral assistant at St. Paul Church in Oswego until 1988, when she went to Seattle for her master’s degree.

In 1989, Sister Schultz returned to Rochester to serve as chaplain in the neonatal intensive care unit at Strong Memorial Hospital. Except for two years as a case manager at School of the Holy Childhood and five years as coordinator at St. Joseph’s convent infirmary, Sister Schultz served as chaplain at Strong for more than 15 years before retiring in 2015.

Sister Schultz is survived by her nieces, nephews, cousins, friends and her sister in the congregation. Her funeral liturgy was celebrated at the motherhouse chapel on Feb. 12, 2021, with burial at Holy Sepulchre Cemetery.