Sisters of Mercy reflect on their decades of ministry - Catholic Courier 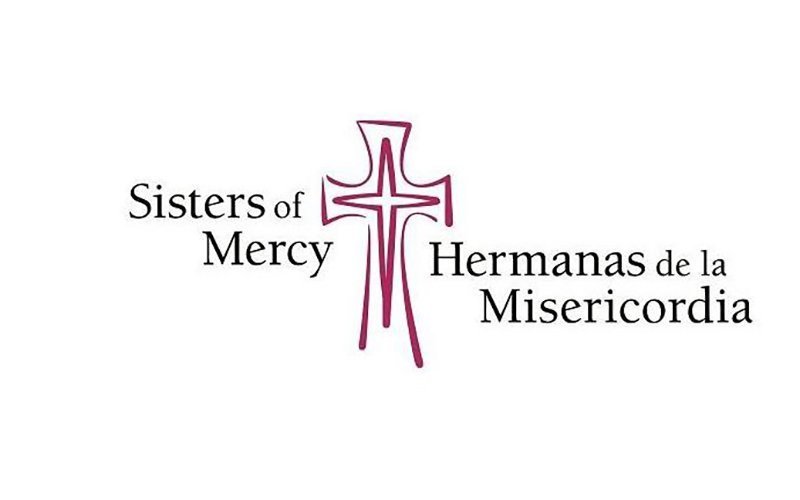 The following Sisters of Mercy are celebrating jubilees in 2022.

Sister Patricia Switzer’s vocation was inspired by her time at Mercy High School, years which she describes as “wonderful.” She was affected by the sisters and their work, and found their sense of mission and passion to be contagious. She especially admired Sister Edmund, who taught English, and wanted to follow in her footsteps.

She spent many years in the ministry of education — both elementary and high school, including at Cardinal Mooney and Notre Dame in Elmira, as well as at Kings Prep and St. Andrew Seminary. She served at principal at Good Shepherd School in Henrietta, and then moved to parish ministry. She also spent many years at St. Joseph’s in Penfield.

Sister Switzer said that she loved all of her ministries, and the many opportunities to interact with both students and in very real-life situations with the parishioners in the parish.

Sister Switzer finds especially meaningful the passage from the Gospel of John “I have come that you may have life and have it to the fullest,” (Jn. 10:10), and has tried to live her life being grateful and following in the footsteps of Catherine McAuley.

When asked if she had any advice for someone considering consecrated life, Sister Switzer offered: “If you have a curiosity about this life style, I would encourage you to explore the possibility. Become involved with the sisters and experience the life style. I have not only survived but have grown through it. I would do it all again. It is an AMAZING LIFE!”

Sister Mary Brendan Wilson hails from Auburn, where she was taught by the Sisters of Mercy at Holy Family School. She was inspired by the teaching styles of the sisters, especially Sister Hilary and Sister Columba, and appreciated to this day the solid education she received. Entering the Sisters of Mercy in 1942, Sister Wilson professed her first vows on August 23, 1945.

She spent her entire ministry in the field of education throughout the diocese — including Hornell, Owego, Elmira and Rochester. She began her ministry with the youngest grades, moved quickly to the upper grades (7th and 8th) and concluded as principal at Holy Cross school.

She returned to Auburn to care for family members after the death of her mother. While in Auburn, she also assisted with senior citizens as program director.

Living now at Mercy Center in Brighton, she is most grateful to be able to have the availability of daily liturgy and a daily rhythm of personal and community prayer. Her prayers extend beyond the convent to those not physically able to join together with others for Mass and prayer. She loves to play cards, dominoes, bingo and do jig saw puzzles in the Community Room, and continues to read about the life of Catherine McAuley at every opportunity.

Sister Wilson offered this advice for anyone discerning a vocation: “Think about how much you could help others. Seek out work that is people oriented. Allow prayer and liturgy to motivate you to share your time to the good of yourself and others.”

Ring motto: To go against self

After her first profession of vows in 1950, she began a career in teaching. She taught a kindergarten class at St. James School in Irondequoit for one year, and in the years that followed taught at schools in Clyde, Corning and Hornell, before returning to the Rochester area to work at St. Louis School in Pittsford, where she spent six years. In 1964, she began her 18 years teaching French at Our Lady of Mercy High School in Brighton. While at OLM, she spent two summers chaperoning students during study-abroad programs in France, and also chaperoned 20 trips to the religious shrines in Canada.

One of her students at Mercy was a young, unsighted woman, who introduced her to Braille. That led to Sister Boyle’s certification as Braille transcriber, and 20 years of volunteer work in the library at the Association for the Blind and Visually Impaired.

After leaving teaching, she served in the administrative offices until she retired in 1999. She continues to volunteer whenever needed at Mercy Center.

In Sister Boyle’s words: “I feel joyful, thankful and blessed in my vocation as a Sister of Mercy!”

Sister Veronica Casey entered the Sisters of Mercy in 1952, seeking a way to deepen her friendship with God by joining other women who were pursuing the same goal of loving the Lord and acting as His physical hands in accomplishing His works.

She has served in numerous education ministries, including teaching theology at Our Lady of Mercy High School and business at Cardinal Mooney and Medaille College’s Sonyea campus at New York State Correctional Facility. She later taught business education courses at Bryant & Stratton College. Additionally, Sister Casey has been involved in remedial reading education, tutoring at Step by Step, and providing English as a Second Language Instruction. She also served as pastoral associate in several parishes, and provided visitations to homebound parishioners at St. Michael’s.

Sister Casey said that she has been blessed with holy, striving companions whose eyes are on the goal — the love of God. She is devoted to the sacramental presence of God, always, and counts among her blessings spiritual retreats, an advanced education, and Mercy Center’s on-site library of spiritual, fiction and non-fiction books, and staff who provide care for her needs. She remains deeply grateful for the many blessings the Lord has given to her.

Ring Motto: Through Him, with Him, and in Him

Sister Mary Poole, born in Auburn, was strongly influenced by the Sisters of Mercy who taught her in high school. She was drawn to their emphasis on the spiritual life. She entered the congregation in 1952, and professed her first vows three years later.

Sister Poole’s talent for music was quickly recognized, and after earning her teaching degree from Catherine McAuley College she went on to study music at Marywood College in Scranton, and the at The Catholic University of America in Washington, D.C., for her master’s degree in music. She taught music in the diocesan school systems from 1955-74. She also served as music director at several parishes in the diocese. Her ministry included teaching piano at Hochstein/Eastman School of Music in Rochester.

Sister Poole enjoyed teaching because of the influence she could have as a Sister of Mercy on the young people she encountered. Her ministries blessed her with giving support to others — especially those with whom she shared community life. Living these days at Mercy Center, the community there can experience her musical talent when she plays the piano in the community room.

She continues to live by Catherine McAuley’s words “Above all things, be constant and fervent in prayer.“

Born and raised in Auburn, Sister Mary Elise Quigley grew under the watchful and dedicated guidance of the Sisters of Mercy at Holy Family School from first grade through high school.

After graduating from high school, she worked two years as a telephone operator before entering the Mercy Community in 1952.

Receiving an associates degree from McAuley Junior College, Rochester, she began teaching at the following parish schools: St. Andrew, Rochester; St. Michael, Newark; St Charles, Greece; St. Patrick, Oswego; and St. Rita, Webster, all while earning a bachelor’s degree at Nazareth College and a master’s degree in education from Marygrove College, Detroit. In 1980, she taught and was learning center coordinator at St. Joseph School in Penfield before becoming pastoral assistant at Immaculate Conception Parish in Ithaca in 1983.

In 1997, retiring from pastoral ministry, she assumed the position of parish administrative assistant. Amid numerous parish obligations, she set up a choir for funeral liturgies, which she continued to lead after her retirement in 2010.

Sister Quigley returned to Mercy Center in Rochester in 2015 and continues to help wherever needed.

Her thoughts on the last years: “As I reflect on my years as a Sister of Mercy, I am filled with a deep appreciation for the many blessings given to me by a generous and loving God. And, I am truly thankful for the women of Mercy — sisters and associates — who have touched my life in a very special way.”

Ring motto: Thy will be done

Sister M. Lucetta Sercu entered the Sisters of Mercy in 1952, following her graduation from Our Lady of Mercy High School. She received an associate’s degree from Catherine McAuley College, followed by a BA in English from Nazareth College and Permanent Certification for teaching from the state education department. When she was received as a Sister of Mercy in 1952, and made her first profession of vows on Aug. 16, 1955.

Sister Sercu’s teaching career began at Holy Cross School in Rochester, followed by teaching at Our Lady of Mt. Carmel, Rochester; St. Mary, Bath; St. John the Evangelist, Clyde; St. Michael, Newark; and then a return to Holy Cross. Then began her 14 years of teaching at St. Cecilia in Irondequoit.

When the school closed, she became a part-time home-hospital teacher for the Rochester City School District while also working part time for the Tender Loving Care Agency.

Following retirement, she sang in the choir at St. Cecilia Church and became a eucharistic minister at St. Boniface Church.

In Sister Sercu’s words: “As I reflect upon my many years as a Sister of Mercy, I feel a tremendous sense of awe and gratitude for the many graces God has surrounded me with. Many God-centered people, the ability to minister, enthusiasm, time, joys, and struggles, and so many other gifts. I feel a great sense of pride in being able to say ’I am a Sister of Mercy.’”

Sister Sercu’s holds especially dear the words of our founder, Catherine McAuley, “Our center is God, from whom all our actions should spring.”

Ring motto: Him only do I serve

After graduating from Holy Cross Grammar School and Our Lady of Mercy High School, Sister Nancy O’Brien entered the Sisters of Mercy. She has long cited Mercy Sister M. Dismas Foster was the one who was the greatest influence in her vocation.

Over the years, she has been involved in several ministries, each which took her to a different way of serving in God’s name. She began as a food service manager at St. James Mercy Hospital in Hornell, and later at Our Lady of Mercy High School (now Our Lady of Mercy School for Young Women). She then felt God was calling her to work with people who were living and struggling in poverty, and so spent seven years ministering in Tioga County Rural Ministry. After this, Sister O’Brien began the Livingston County Rural Outreach for Catholic Charities, spending 16 years visiting the people in their homes of offices and connecting them with services to help life them out of poverty.

More recently, she worked for Home Instead, assisting seniors so they remain in their own homes: visiting with them, doing household chores, making them comfortable in their homes. She is currently working at the reception desk and in the gift shop at Mercy Center.

In Sister O’Brien’s own words: “In each of these ministries, I have seen the face of God over and over. Any person I was assisting was really helping me, calling me to the Mercy Way of Life. Throughout my life in Mercy, I have felt God was leading me from one to another, and to follow in Catherine’s footsteps.”

Ring motto: Joyfully I will serve the Lord