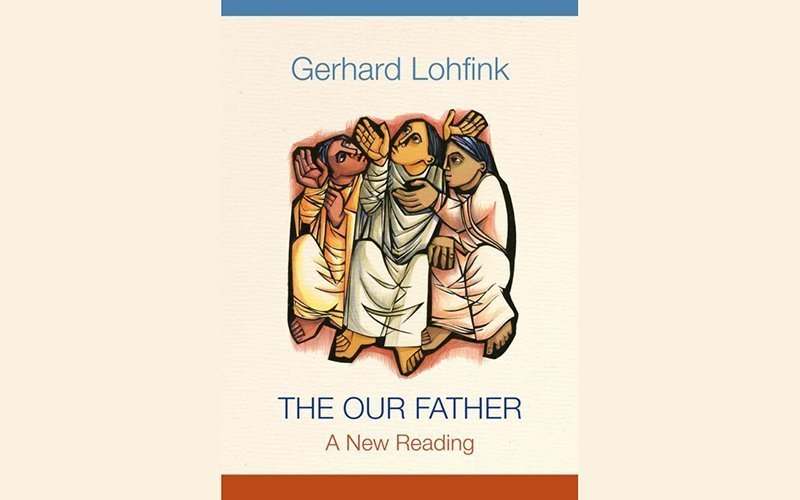 This is the cover of "The Our Father: A New Reading" by Gerhard Lohfink. The book is reviewed by Mitch Finley. (Photo by CNS)

Many books and essays have been written on the Our Father over the years. One of the most important essays prior to the Second Vatican Council was written early in his career by Father Raymond E. Brown (1928-1998).

Titled “The Pater Noster As an Eschatological Prayer,” it appeared in many reprintings of Father Brown’s “New Testament Essays.” The most recent book on the Our Father is this one by German New Testament scholar Father Gerhard Lohfink. Translated into accessible, nonacademic American English by Linda M. Maloney, this is a small volume that deserves attention.

Father Lohfink ponders the Our Father in 10 brief chapters, each with a unique perspective. The final, 11th chapter presents a paraphrase of and commentary on the Our Father based on the insights highlighted in the earlier chapters. Among the valuable insights in this book:

— The Our Father “is first of all, and primarily, a prayer for Jesus’ disciples.”

— “In the Our Father, Jesus summarized all that he wanted and hoped for.”

The author explains that, from beginning to end, the Our Father is a prayer of petition; absent from the prayer are any elements of, for example, praise or thanksgiving. This leaves high and dry scholars and others who question whether petitionary prayer is thoroughly Christian.

This small volume makes clear that the doxology added to the Our Father by Protestant traditions (“For thine is the kingdom, and the power …” etc.) came from neither Jesus nor Scripture. It first appeared in an early (c. A.D. 300) nonscriptural Christian document, “The Teaching of the Twelve Apostles,” commonly shortened to the Greek term for “teaching,” i.e. “the Didache.” The current form of the Mass includes a contemporary translation of this doxology but places a short prayer, recited by the priest, between the Our Father and the doxology.

The Our Father begins, Father Lohfink notes, by addressing God using the Aramaic “abba,” usually translated “Father.” In recent decades, some have suggested that a better translation would be “Papa” or “Daddy,” but the author rejects this idea. He also rejects feminist suggestions that abba should be translated along the lines of “Our Father /Our Mother.”

In the metaphorical world, “which is fundamental to the Bible,” Father Lohfink insists, “extending deeply into the New Testament . ‚Ä¶ God must be referred to in masculine terms, no matter how much that is purely metaphorical and no matter how profoundly true it is that God’s motherly features may not be omitted.”

Particularly important is Father Lohfink’s discussion of how the Greek phrase behind “Lead us not into temptation” should be translated. This petition, he declares, “can only mean: ‘Lead us not into a situation of testing beyond our strength.'”

As loaded with insights as Father Lohfink’s “New Reading” of the Our Father is, there is at least one noteworthy oversight — namely, he fails to even mention the eucharistic overtones of the line, “give us this day our daily bread.” Father Brown’s essay discussed this in detail, and it seems a significant misstep for Father Lohfink to disregard it entirely.

All the same, “The Our Father: A New Reading” is an important book with much to inspire reflection and discussion.

Finley is the author of more than 30 books of popular Catholic theology, including a best-seller, “The Rosary Handbook” (Word Among Us Press) and “A Man’s Guide to Being Catholic” (Wipf &amp; Stock).