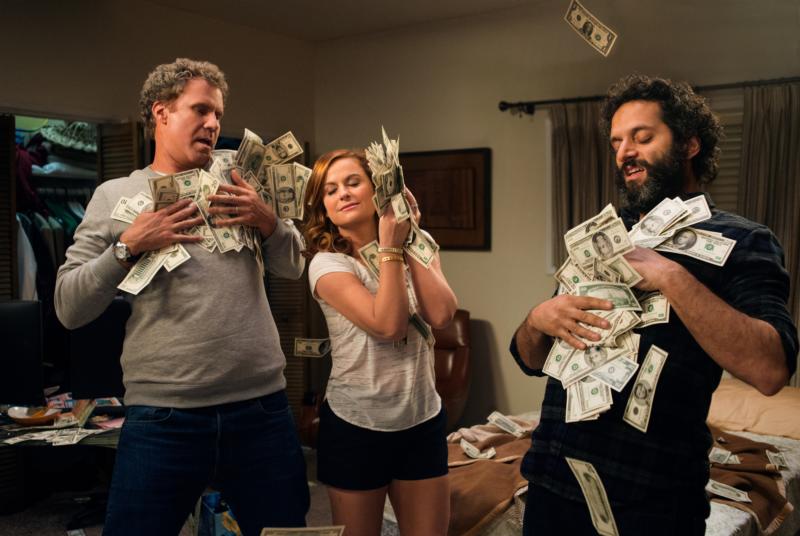 Will Ferrell, Amy Poehler and Jason Mantzoukas star in a scene from the movie "The House."

NEW YORK (CNS) — Had “The House” (Warner Bros.) been made as a taut, dark comedy about the price of greed, it might have some merit. Instead, director Andrew Jay Cohen, who co-wrote the screenplay with Brendan O’Brien, has produced a sloppy, illogical, cringe-inducing time-waster.

Will Ferrell and Amy Poehler as Scott and Kate Johansen are demonstrably stupid about the basics of financial security. But they are aware they’re in over their heads with debt. “We played by the rules and this is where it got us,” Scott complains bitterly.

Everyone’s happy when daughter Alex (Ryan Simpkins) is accepted at Bucknell University. But they were counting on a free-ride scholarship offered by their town, and the town council decides to build an elaborate community pool instead.

The couple’s solution is to go into partnership with their friend Frank (Jason Mantzoukas) to open a gambling den in his home. Frank’s trying to avoid foreclosure and get back with his wife, Raina (Michaela Watkins), who has been asking for a divorce.

Since the gambling house always wins, they figure that this is a foolproof scheme. What they don’t realize, of course, is that they’re complete fools, and that all such criminal enterprises eventually face justice.

Chaos descends quickly, with Frank putting the casino into heavy debt with high-end amenities, and the jollity comes to an abrupt end when Scott, threatening an accused cheater, unintentionally chops off his finger with a hatchet.

Light on the yucks but heavy on the yuk, “The House” becomes an onerous trial of the viewer’s attention span.