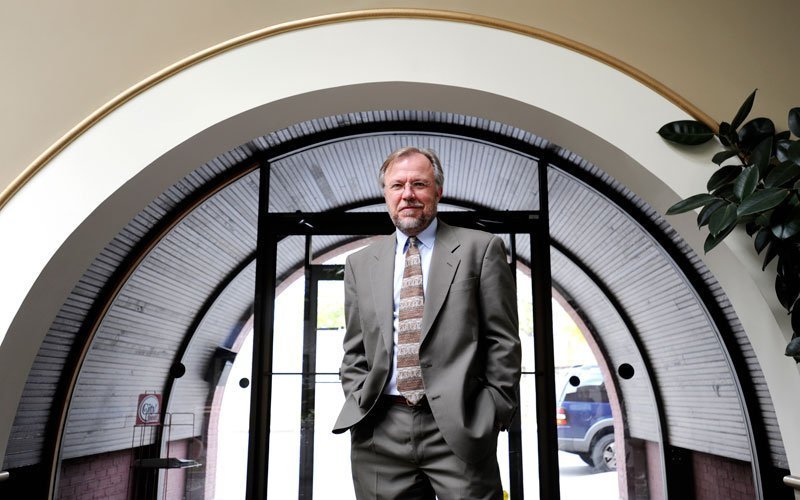 Years ago, a young Tom Kidera learned reading, writing, arithmetic and chess in Sister Marie Albert Alderman’s fifth-grade classroom at Ithaca’s Immaculate Conception School. It was the Sister of St. Joseph’s lessons about civil rights and social justice, however, that stayed with him throughout the years, a grown-up Kidera recently mused to the Catholic Courier.

Kidera recently was appointed head of Ontario County’s new public defender’s office. Kidera will be responsible for establishing and leading the office, which will be fully phased in over two years.

“This is fairly unusual to be able to come in on the ground floor and set the policies and the culture the office will have. I’m really looking forward to it,” said Kidera, who currently works as a state assistant attorney general. He will begin his new position on Nov. 9.

A Catholic, Kidera is the son of former Nazareth College President Robert Kidera and is one of six children. He grew up attending Immaculate Conception parish and school, and later graduated from Fordham University and Catholic University of America’s Columbus School of Law. Prior to taking his post as an assistant state attorney general, Kidera worked for six years for the former New York State Capital Defender Office, where he defended clients facing the death penalty, and for the Monroe County Public Defender’s Office for 18 years.

Kidera credits his Catholic upbringing, his parents and Sister Alderman with cultivating his concern for the underrepresented and often poor people he has served as a public defender. He recalled that Sister Alderman began teaching Kidera’s class right after she’d been transferred to Ithaca from Selma, Ala., where she had been actively involved in trying to help African-Americans gain civil rights.

“She filled us with stories about that,” Kidera said. “It really kind of opened my eyes to pay attention to what was in the news, which was the civil-rights movement at that time. She was influential in formulating a political perspective in terms of trying to be active on behalf of poor people and minorities.”

Kidera plans to continue to serve the poor and minorities through his new role. Up until now, Ontario County had hired private lawyers on a case-by-case basis to represent individuals accused of crimes who cannot afford representation. The addition of a dedicated public defender’s office will help ensure that defendants receive the representation they’re entitled to, Kidera said.

“My main goal is to establish an office that can serve as an institutional balance or counterweight to the district attorney’s office. Any criminal-justice system needs to have that type of balance. We need to make sure every case is handled fairly, and that all the different constituent groups have a voice,” he said.

The lawyers Kidera’s office will employ will work solely on criminal cases, so they’ll probably develop a high level of expertise that will benefit both the defendants and Ontario County, Kidera said.

“Not only will it improve the quality of representation, but it would also be an effective way to control the cost. I think when you look at it on a case-by-case basis, I think it will be cheaper with a public defender’s office,” he added.

At first the office will incur startup costs, Kidera said, but after a few years the office actually should start saving the county money. Since the public defenders will focus solely on criminal cases, they’ll probably work more efficiently than private lawyers might, thus reducing the total number of lawyers necessary to defend the accused, he remarked.

“The more experience you have, the more cases you can handle in a certain amount of time. You’re not reinventing the wheel each time,” Kidera said.

The staff of the public defender’s office also will be able to provide support for each other during trying times, such as when public opinion is stacked squarely against a defender’s client. Such was the case in 2000, when, as an attorney with Monroe County’s public defender’s office, Kidera represented Jose Julian Santiago, who was convicted of killing two young boys and wounding three of the boys’ family members. During the trial, Kidera urged jurors to show mercy on Santiago and sentence him to life in prison without parole rather than the death penalty, which they ultimately chose to do. Public opinion at the time, however, seemed to be in favor of the death penalty because the crime was so heinous, Kidera recalled.

During part of that trial, Kidera also found solace in Bishop Matthew H. Clark’s presence in the courtroom. The bishop visited the courtroom one day as a way of showing both his support for the victims’ families and the Catholic Church’s opposition to the death penalty.

“He basically was just making witness to what he believed about the sanctity of life. It had a very positive, reaffirming influence on the trial team and the defense. It was a very strong statement without saying anything,” Kidera recalled.