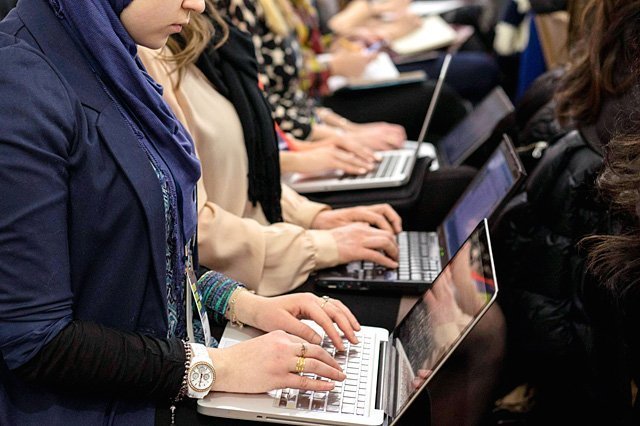 A new Canadian study has found that the amount of time teens spend on social media can negatively affect their well-being and self-esteem.

Sending tweets and Snapchat videos, scrolling through Facebook’s news feed and posting photos on Instagram have become a way of life for millions of people, especially teens and young adults.

While social media allows users to connect with family and friends, a new Canadian study shows that the amount of time a person spends engaging in social media could have a negative effect on his or her well-being.

Frequent social media use, the study warns, can affect teens’ self-esteem and lead to anxiety, depression and even suicidal thoughts. The study, which was conducted by the public health department for the city of Ottawa, Ontario, asked 750 students in grades 7-12 about their social media habits, as well as their mental health and psychological well-being. Of those students, one-third reported spending at least two hours a day on social media sites. The researchers determined that the teens who used social media sites for two hours or more per day were significantly more likely to suffer from poor mental health, psychological distress and suicidal thoughts.

Tom Proietti, resident scholar in media for St. John Fisher College’s department of media and communications, said he is not at all surprised by the Canadian study’s determinations.

"The use of social media and all media has some kind of impact on all of us," he said. "Of course, for some teens under some certain circumstances, social media can be problematic, if not downright devastating."

Proietti said that some teens who are not emotionally prepared for the interactivity of social media could find the intensity of it difficult. Others are prone to becoming addicted to it, he said, where they can’t even go an hour without checking their Facebook, Instagram or Twitter.

"Probably any teen who has a tendency, whether genetic or environmental or both, to develop addictions of any sort might find social media challenging. Social media can be disturbing in so many ways, from simply interrupting one’s daily routine to developing bad habits that foster careless or reckless behavior," he said, citing cyberbullying an example of such reckless behavior.

In addition, Proietti said that social media’s content could have a negative effect on someone’s mental health because it can alter people’s view of the world and, in turn, how they respond to that view.

"Media gives us all kinds of expectations — realistic and unrealistic. They just do. The newest social media largely democratize the planes of fame so that anyone of us can become the star and even the ordinary becomes the desired," Proietti said.

Sarah Swafford, founder of Emotional Virtue Ministries, echoed Proietti’s sentiments. During a recent presentation to teens at St. Thomas More Church in Brighton, she said that the world’s idea of what is perfect is showcased through movies, magazines and music, and that people compare themselves to celebrities and models. However, with the increased use of social media, Swafford said people are now also comparing themselves to their friends.

But, Proietti noted, removing social media from one’s life is not a viable fix for such feelings.

"We can no longer contemplate a world without any social media. It is part of the fabric of our lives and our culture," he remarked.

The authors of the Canadian study instead suggested that parents and teachers be trained to help identify symptoms of mental illness or changes in a teen’s mental health. To that end, Ottawa Public Health launched a public health social media marketing campaign, "Have THAT Talk," which is a video series designed to encourage parents to discuss mental-health issues and suicide prevention during conversations with their kids.

In addition to that, Proietti feels that children, as well as adults, also should receive training on the proper etiquette for specific social media platforms. He said children should be educated in school on how to use social media and how to be aware of its consequences and effects.

"It should be part of our required and embedded media literacy curriculum," Proietti added. "America is the only major industrialized nation that does not teach media literacy from K-12 and into college."

Proietti also believes it is the responsibility of parents to understand new media so they can assist children in discovering the power, promise and pitfalls of using it.

Tags: Health
Copyright © 2022 Catholic Courier, Inc. All rights reserved. Linking is encouraged, but republishing or redistributing, including by framing or similar means, without the publisher's prior written permission is prohibited.