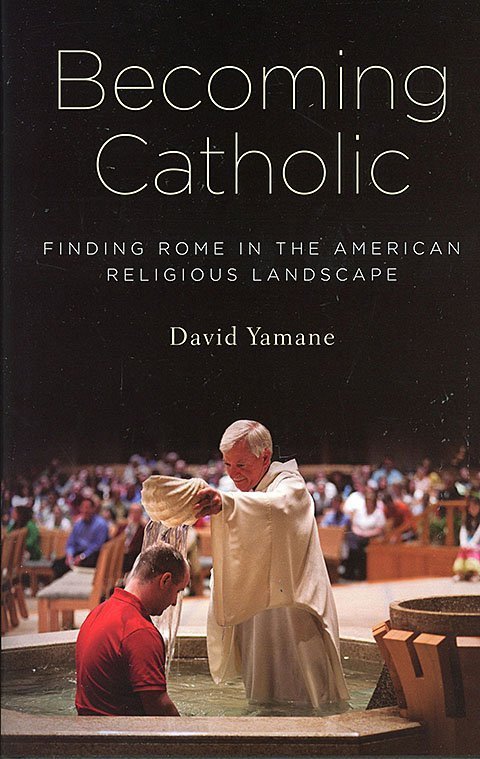 "Becoming Catholic: Finding Rome in the American Religious Landscape" by David Yamane studies the phenomenon of conversion to the Catholic Church and discusses in depth the process converts go through.

In the introduction to "Becoming Catholic," author David Yamane writes words that may take the reader by surprise: "Since 1988, well over 2 million individuals in the United States have entered the (Catholic) church. … (O)n average over the past 10 years, 67,298 adults annually have been baptized Catholic and 83,050 baptized Christians annually have been ‘received into full communion’" with the Catholic Church in the United States.

Yamane teaches sociology at Wake Forest University, and his book isn’t so much about the number of people who have become and are becoming Catholic, however. Rather, he studies the phenomenon of conversion to the Catholic Church and discusses in depth the process converts go through, the Rite of Christian Initiation of Adults. Based on years of observation and interviews with people who were becoming Catholic, he follows these people through the four stages of the RCIA. He then suggests a new perspective on what it means to choose Catholicism in the United States of America in our time.

Yamane observes that "some of the most prominent Roman Catholics of the modern age have been converts," including (Blessed) John Henry Newman, St. Elizabeth Ann Seton, Dorothy Day, J.R.R. Tolkien, and Thomas Merton. In this book, however, the author focuses on what he calls "everyday conversion," that is, "the hundreds of thousands of individuals who became Catholic in America at the beginning of the 21st century, the formal process of initiation they went through, and what this tells us about Catholicism and religion more generally in a late-modern society like that of the United States."

Yamane found that most of the people he studied ended up becoming Catholic not because they were impressed by the Catholic intellectual tradition, or by studying the history of the church. Rather, they were led to Catholicism by what Yamane calls "mundane mechanisms like family and co-workers." Indeed, most new Catholics in America "are products of their circumstances, not religious seekers or even consumers shopping for faith."

Yamane wrote "Becoming Catholic" as a sociologist, but his style is accessible to any interested reader and might well be required reading for anyone active in a parish RCIA program. "Becoming Catholic" is informative concerning the RCIA. But any Catholic can benefit from reading it because it encourages a renewed appreciation and sense of gratitude for being Catholic.

Finley is the author of more than 30 books on Catholic themes, including a bestseller, "The Rosary Handbook: A Guide for Newcomers, Old-Timers, and Those In Between."