'Song of the Deep' a puzzling undersea adventure - Catholic Courier 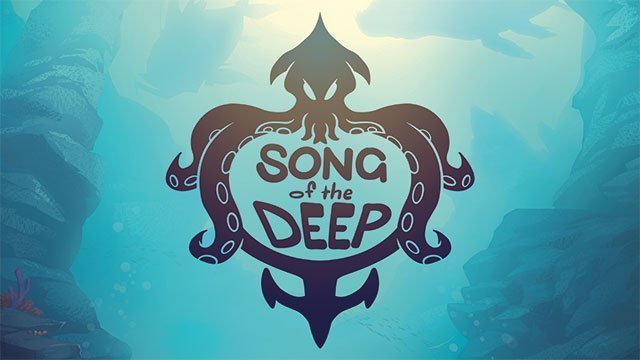 NEW YORK (CNS) — In many ways, “Song of the Deep” (Insomniac) is the perfect summer game. A dive into the depths of a fantastical ocean, it offers a cool — in both senses of the world — respite from the scorching days of August.
The player takes on the persona of Merryn, the daughter of a fisherman who cast out one day never to return. Merryn builds a submarine to go after him, and enters a magical underwater world of seemingly measureless caves, ancient clockwork machines, titanic ruins, mermaids and talking seahorses.
But watch out! This ocean also contains depth charges and sea monsters. The gamer’s job is to navigate these obstacles and blast away threats while searching for Dad.
There is stylized combat in “Song of the Deep.” But the emphasis is on fantasy, not realism. Attacking jellyfish and mines explode without a hint of gore.
And there are no language issues. However, the puzzles that feature in the gameplay can be difficult and would likely frustrate smaller youngsters.
In fact, the most serious drawback to “Song of the Deep,” which is playable on PC, PlayStation 4 and Xbox One, is that it’s been loaded with all too many of these puzzles.
The designers have gone overboard with the elements characteristic of a genre of gaming called Metroidvania. Titles in this category usually involve a large interconnected world map the player can explore. Access to various parts of the planet is limited, however, by doors or other portals that can only be opened after special items, tools, weapons or abilities have been successfully acquired.
On the plus side, the artwork of the game is gorgeous. Insomniac has revealed the “Song of the Deep” is based on Irish mythology and that its visual style was inspired by that nation’s magnificent Cliffs of Moher. Thus Merryn’s narration is given in a lilting brogue.
Rich in deep blues and greens, the sea through which she travels is a vast, mesmerizing space, and it almost amounts to an exercise in contemplation to drift around amid its tunnels and caverns.
But then those pesky puzzles get in the way again. A player can wind up trapped in a cave for what seems like hours trying to figure out how to bust free. And that often involves picking up an object that feels as though it’s leagues away.
Additionally, the submarine can be hard to maneuver, which becomes a problem when attackers converge from different locations. Overall, there’s a lot to go through before reaching the later stages of the game, when Merryn leaves the sub to explore on her own.
The game contains mild violence. The Catholic News Service classification is A-II — adults and adolescents. The Entertainment Software Rating Board rating is E10+ — everyone 10 and older.
– – –
Judge reviews video games and comic books for Catholic News Service.
Copyright © 2022 Catholic News Service, Inc. All rights reserved. Linking is encouraged, but republishing or redistributing, including by framing or similar means, without the publisher's prior written permission is prohibited.