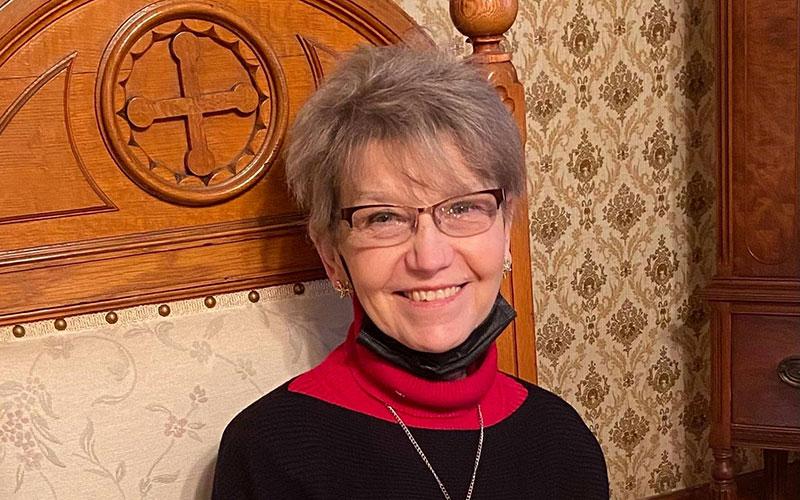 ROCHESTER — While being interviewed by the Catholic Courier in late April 2021, Sonja Stenclik brimmed with enthusiasm about the rosary project she’d founded two years earlier at Rochester’s St. Stanislaus Kostka Church — an effort for which 20,000-plus rosaries had already been recited en route to her set goal of 100,000.

What made Mrs. Stenclik’s efforts so remarkable was that they never waned — even though she knew her lengthy struggle with ovarian cancer was nearing its end.

The Webster resident died July 12, 2021, at age 70. Comments on St. Stanislaus Kostka’s Facebook page reacting to Mrs. Stenclik’s passing reflected the many lives she touched; descriptions of Mrs. Stenclik included “our local Saint,” “an amazing person,” “the kindest heart and the purest soul,” “a wonderful, caring person,” “such a lovely lady” and “always smiling, always caring about others, never complaining.”

In the area of stewardship, Father Caly noted that Mrs. Stenclik was a driving force in helping the parish successfully reach its Catholic Ministries Appeal goal the past few years. Father Caly, a native of Poland, added that after he arrived at St. Stanislaus Kostka in 2011, Mrs. Stenclik put her teaching background to use in helping him improve his command of the English language.

“I think, in this time, we need more of these (kinds of) people,” Father Caly said.

The pastor marveled at how Mrs. Stenclik would often arrive at the parish office by 7 a.m. and not leave until early evening — even up until very recently.

“That was the Holy Spirit inside her,” chimed in Paul Jasen, an usher at St. Stanislaus Kostka who also collaborated with Mrs. Stenclik on pro-life activities.

Those pro-life efforts were guided by Mrs. Stenclik’s special passion. She was highly involved in the parish’s Breath of Life Ministry, which strives to promote the protection of life from conception to natural death through prayer and collecting funds for pro-life organizations. In January 2019, Mrs. Stenclik launched the effort to pray 100,000 rosaries, which she told the Courier was driven by her concerns about existing and proposed laws in this country that promote abortion and euthanasia: “We’re desperately in need of rosaries,” she said in the article.

An ongoing display in St. Stanislaus Kostka Church showed that, as of July 19, the overall number of rosaries recited had reached 22,440. Anybody can take part in the rosary initiative, regardless of whether they attend St. Stanislaus Kostka or not. Participants are asked to submit their totals at the end of each month, either by dropping a note in with the weekly collection; calling or leaving a message with the parish (585-467-3068); or emailing Magdalena.Wnuk@dor.org.

Asked if the memory of Mrs. Stenclik might serve as an inspiration for the project to reach its lofty six-figure goal, Jasen replied, “Oh, definitely. And we’re not stopping at 100,000.”

Calling hours for Mrs. Stenclik will be July 23, 2021, from 4 to 7 p.m. at the Richard L. Felerski/Paul W. Harris Funeral Home, 570 Kings Highway South, Irondequoit. Her funeral Mass will take place July 24, 2021, at 11 a.m. at St. Stanislaus Kostka Church, 1124 Hudson Ave., Rochester. Interment will be at St. Vincent de Paul Cemetery in Cape Vincent, N.Y. Donations in Mrs. Stenclik’s memory may be made to the parish, its Breath of Life Ministry or a charity of one’s choice.