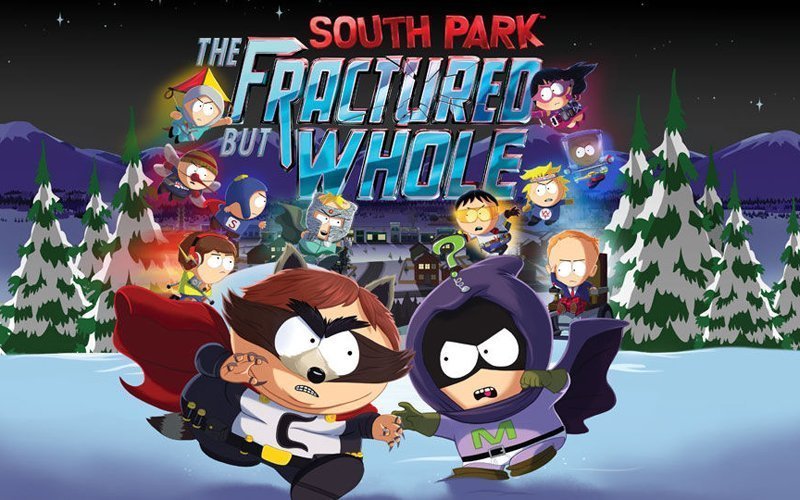 NEW YORK (CNS) — If only Trey Parker and Matt Stone, creators of the vulgar and sometimes blasphemous cartoon TV series “South Park,” would use their undeniable satirical gifts with a softer touch, the latest video game spinoff from the show might be less depressingly crude.

As it is, “South Park: The Fractured but Whole” (Ubisoft) — as its childishly punning title suggests — is merely more of same from the duo.

The list of offenses is long, as a glance at the spot-on assessment of the Entertainment Software Rating Board indicates: “Blood-splatter effects … mature humor, racial humor and sexual material … a lap dance … an obscured sex act,” and so on.

From a Catholic perspective, things reach a revolting low point in one extended sequence during which a child is propositioned by two priests, one of whom flagellates himself with a rosary made out of a sexual aid.

There is a plot in this follow-up to 2014’s “South Park: The Stick of Truth.” And, sadly enough, it’s one that has some vague potential. The earlier game was a satire of the sword-and-sorcery genre of popular culture. This one shifts the focus to the superhero category.

Incorrigible child protagonist Eric Cartman is out to earn the $100 reward being offered for the return of a missing cat. He intends to use the money to attract fans to his struggling crew of superhero friends — an outfit labeled, with every intention to offend, Coon and Friends.

Cartman’s faction squares off against the Freedom Pals, led by recurring characters Kenny and Timmy, causing destruction in the scenic mountain town of the title.

An investigation into South Park’s disappearing felines leads to an underground cat-urine drug ring before the story launches into themes of time travel, an ancient evil and genetic engineering. Gameplay also involves some puzzle solving.

Despite all the sophomoric humor in which they insist on reveling, Parker and Stone are onto something with their send-up of the larger-than-life figures who dominate so much of current entertainment. Thus, neither Coon and Friends nor the Freedom Pals particularly want to crush crime. Both groups are more interested in building blockbuster franchises with films, toys and streaming-video series.

Were it not for the constant crudity, the game could work as a sharp critique of the corporate cash grab that puts characterization last and results in aesthetic disasters like the recent “Justice League” film.

There are also brief expressions of decency and tenderness amid the ribaldry. Most of the kids in the game have gag superhero powers: One is charged by her cell phone, another by intestinal gas. But then we are introduced to Jimmy who, although he walks with crutches, has super-speed powers.

Similarly, developmentally disabled Timmy has mental abilities that make him so powerful he can’t even be used in battle for fear of destroying the entire playing field. These nods to disabled heroes like Marvel’s blind crimefighter Daredevil are touching and positive. Yet they are far outweighed by Parker and Stone’s fondness for the seamy and stupid.

“South Park: The Fractured but Whole” is playable on PlayStation 4, PC and X-Box consoles.