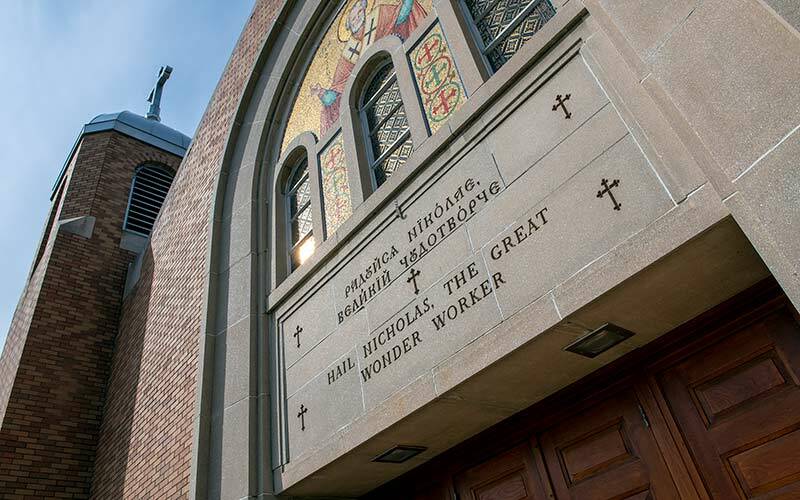 ELMIRA HEIGHTS — For the past several weeks, Petro Shevchuck has fretted over the possibility of his mother’s home getting hit by a Russian missile.

Or his brother, sister-in-law and their four children becoming trapped in heavy warfare in their hometown.

Or his cousins, fighting on the front lines, incurring injury or death.

Although his loved ones were unharmed as of late April, Shevchuck has continued to worry while also grieving the loss of many thousands of lives since Russian forces began their invasion of neighboring Ukraine two months earlier.

“What’s happening in Ukraine is horrific,” remarked Shevchuck, a native of the eastern European country.

Half a world away from that conflict, Shevchuck — a Corning resident since 2017 — and his wife, Jennifer, haves immersed themselves in relief efforts. For instance, Shevchuck has helped arrange for his friends Yuria and Oksana Chorniy and their three children, residents of the Ukrainian city of Lviv, to temporarily relocate to his neighbor’s home; they arrived in the Southern Tier April 23.

Shevchuck also is coordinating and supporting local initiatives to collect funds, food, clothing, medical supplies and other needed items for folks in his homeland. In addition, he is donating 10 percent of proceeds from his travel agency to support these causes.

Shevchuck said his relief efforts for Ukraine are among many in the local community, where he noted that the desire to assist runs high.

“People are very generous,” he said.

Father Czabala said he also has been touched by the large response to special prayer events for Ukraine involving area Roman Catholics. The support, he said, reflects ongoing unity between Ukrainian and Roman Catholics despite several liturgical differences between the Eastern and Latin rites.

“We would prefer to be known as Catholics alongside our Roman Catholic brethren,” Father Czabala said.

St. Nicholas, located at 410 E. McCann Blvd. in Elmira Heights, is the only Southern Tier Ukrainian Catholic church within the geographic boundaries of the Roman Catholic Diocese of Rochester. As an Eastern-rite church, it is in full communion with Roman Catholicism, sharing the same sacraments, theology and dogma as its Latin-rite brethren. Liturgical distinctions include Mass being called the “Divine Liturgy”;and Holy Communion being administered in the form of chunks of bread, rather than hosts, after first being dipped in wine.

Prayer also is a vital way to support Ukraine

Father Czabala noted that several parishioners from his three churches have close or extended family still living in Ukraine. Therefore, he said, news of warfare in their homeland “is difficult to listen to.”

As for Shevchuck, he remains thankful that none of his loved ones have been harmed up to this point . His mother, Oksana, who resides 50 miles north of Lviv, has decided to stay put despite Russian missile attacks having taken place in her region. His brother, Ihor, and his family have fled their home in the Dnipropetrovsk region, a target of Russian aggression, and — with the help of many volunteers — relocated for now to Amsterdam, Netherlands. Shevchuck added that his cousins who are at war remain healthy at this point, based on the scant communication they’ve been allowed to share.

As Ukraine continues its struggle for independence, Shevchuck and Father Czabala stress another vital way that others can help.

“First, I would say with prayer,” Shevchuck said.

“I say, the first thing you do is pray,” Father Czabala agreed.

Tags: Chemung County News, Steuben County News, War in Ukraine
Copyright © 2022 Catholic Courier, Inc. All rights reserved. Linking is encouraged, but republishing or redistributing, including by framing or similar means, without the publisher's prior written permission is prohibited.