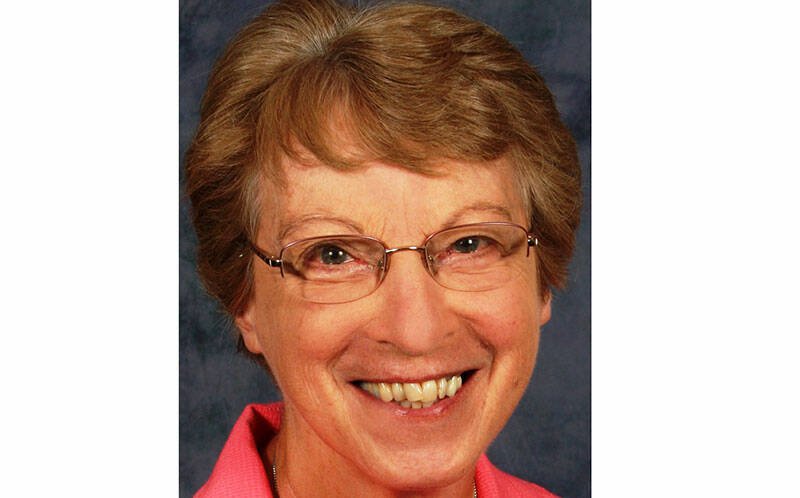 Mercy Sister Janet Korn, who ministered for several years in Chile and served as social-justice awareness coordinator for the Diocese of Rochester, died July 16, 2022. She was 83 years old.

Sister Korn entered the Sisters of Mercy from Rochester’s Sacred Heart Cathedral Parish shortly after graduating from Our Lady of Mercy High School in 1956.

After teaching at St. Thomas the Apostle, Rochester, and Our Lady of Lourdes, Elmira, she began working in 1965 as a missionary with her order in Santiago, Chile, where she served for nine years. She then returned to Rochester to study at Nazareth College and, after earning a bachelor’s degree in history, went back to Chile for six more years.

Having spent 15 years living and working among poor and oppressed people in Chile, Sister Korn returned to Rochester to serve on the executive council of the Sisters of Mercy, became the director of the congregation’s associate program, and was actively involved in its new membership program.

From 1999 to 2022, Sister Korn served as social-justice awareness coordinator for the Diocese of Rochester and for the Sisters of Mercy in Rochester and Buffalo. She spearheaded efforts that led to the development of La Casa, a temporary home for migrant workers in Sodus, and established Melita House, a residence for unwed mothers in Rochester.

Sister Korn was active with a national group concerned with establishing and conducting programs for returning missionaries. She chaired a task force on homelessness and housing initiated by the Sisters of Mercy, and was named director of Catherine McAuley Housing.

Sister Korn is survived by her brother and sister-in-law, Jerry and Maureen Korn; her sister and brother-in-law, Kathy and Jeff McKenna; nieces, nephews and her sisters in the congregation.

A vigil service will take place via the Zoom teleconferencing platform from 3:30-5:30 p.m. on July 22, with a prayer service taking place at 4 p.m.

Sister Korn’s funeral liturgy will be celebrated at 10 a.m. July 23 in the Mercy Center Chapel in Brighton. Masks are required for attendance at the funeral. Burial will follow at Holy Sepulchre Cemetery.

Contributions in her memory may be made to the Sisters of Mercy, 1437 Blossom Road, Rochester, NY 14610.