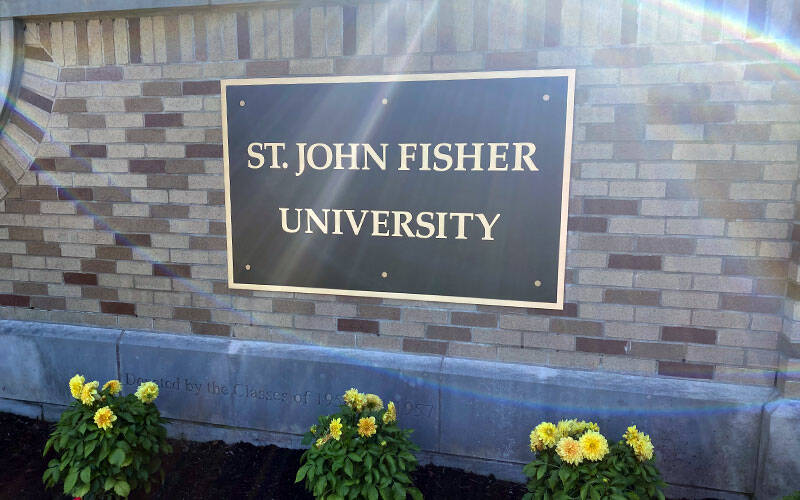 The new sign at the entrance of St. John Fisher University. (Courier photo by Gina Capellazzi)

“Fisher’s university status adds to our rich history of institutional achievements and accomplishments. It will convey greater prestige, allow us to build our reputation and impact, and better represent the type of institution we are today,” Rooney said in the press release.

St. John Fisher, located in Pittsford, was founded by the Congregation of St. Basil in 1948 and was named in honor of the patron saint of the Rochester Diocese. The school is an independent institution in the Catholic tradition.