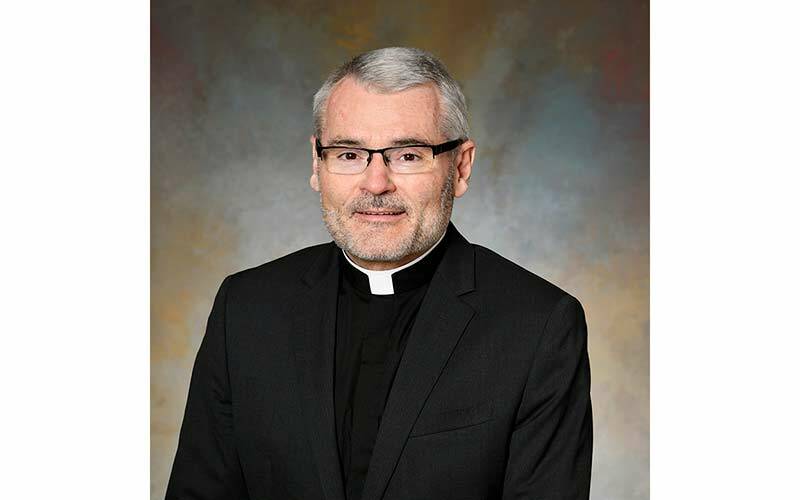 A Basilian priest with three decades of leadership experience has been appointed to succeed Father William Graf as chair of Catholic studies at St. John Fisher College.

Father George T. Smith, CSB, will begin his new role Sept. 1, but he is no stranger to the Pittsford campus. He served at the college from 1991-92 and currently is one of the school’s trustees. In his new position as the school’s William and Helen Cavanaugh Chair of Catholic Studies, Father Smith will assist the college in developing Catholic studies within its current religious-studies curriculum and contribute to broader curriculum discussions at the college.

“What a great honor it is for me to serve the Fisher community in this new and exciting way,” Father Smith said.

In addition to his work at St. John Fisher College, Father Smith also has served as president of St. Joseph’s College at the University of Alberta, chair of the Association of Catholic Colleges and Universities of Canada and president of St. Thomas More College at the University of Saskatchewan. He served as superior general of the Basilian Fathers from 2010 to 2018, and since 2018 has served at St. Paul University in Ottawa, first as interim dean of the theology faculty and later as interim dean of the human sciences and philosophy faculty.

Father Smith also is the founding chair of Presentation Manor for Seniors, which is a 225-unit Catholic retirement residence in Toronto, and is chair of the board of trustees of the Toronto School of Theology at the University of Toronto.

Father Smith’s life of service and faith embodies the motto of the Basilian Fathers who founded St. John Fisher College, which is “Teach me goodness, discipline and knowledge,” according to a statement from the college’s president, Gerard J. Rooney.

“His service to the college, in particular, demonstrates his belief in our mission and his commitment to students. I am looking forward to his continuing contributions to the broader campus community,” Rooney said.