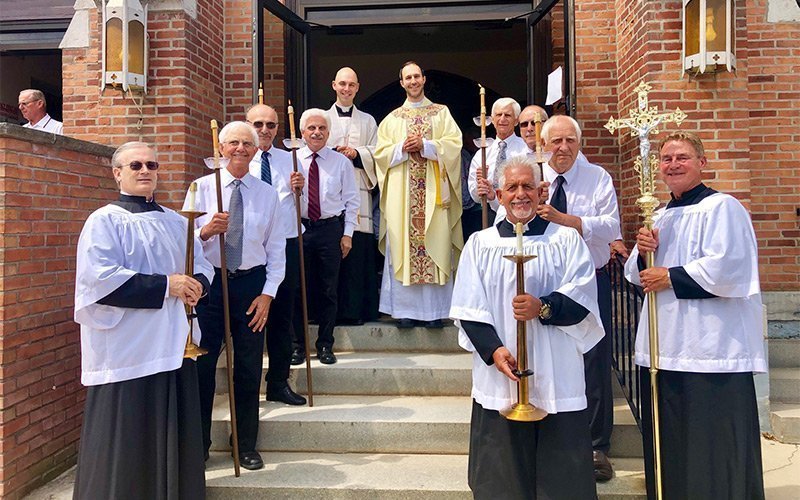 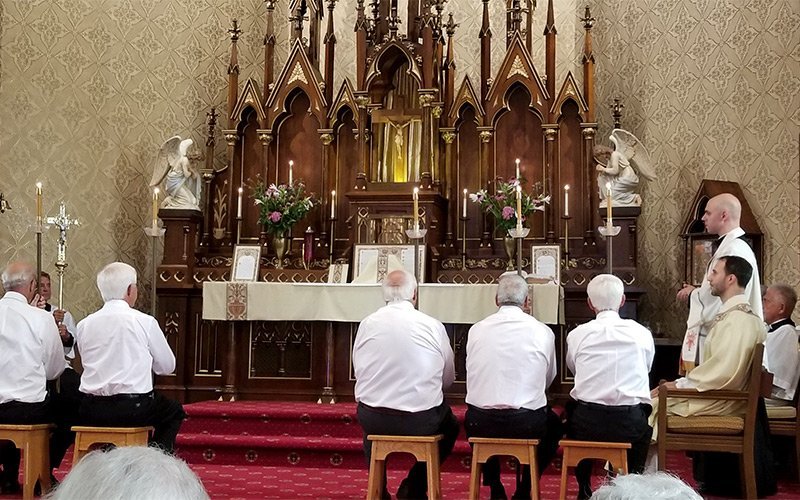 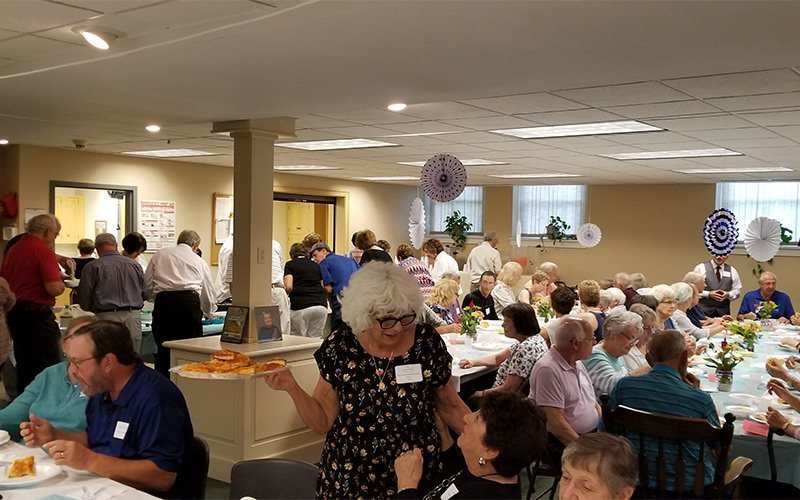 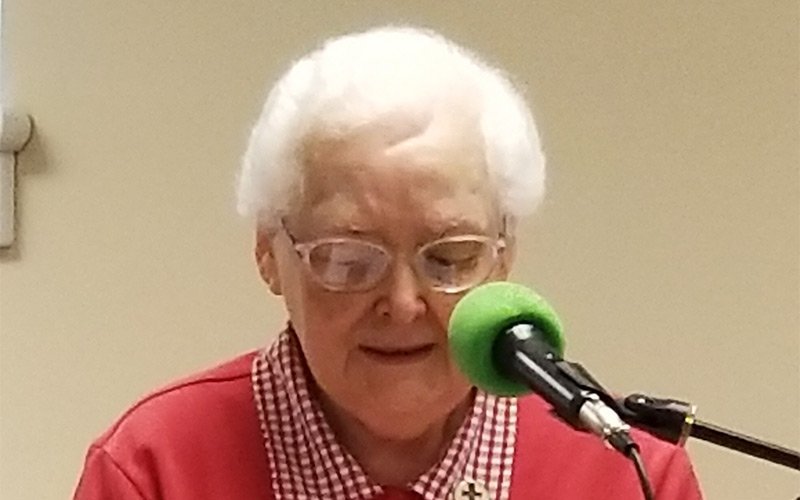 A St. John’s Catholic School reunion was held in Clyde, on August 16, 2019. A Latin Mass, at the 150 year old St. John the Evangelist Church, was offered at 12:00 noon. Father David Tedesche was the celebrant with Father Matthew Walter assisting. Former altar boys served and the St. Joseph Resurrection Choir led the hymns and Latin responses.

Following the Mass a reception was held at the former St. John’s School hall. Approximately 200 guests attended. Classes from 1937-1970 were represented with the exception of 1942, 1948, 1949. The dining hall was decorated in school colors of blue and white. Pictures, memorabilia and a short video were on display. A self guided tour of the school was offered. Speakers included Deacon Kiley, Sister Celeste, a former teacher and Monica Deyo a former lay teacher.

The committee would like to thank everyone for attending and making this a memorable event.