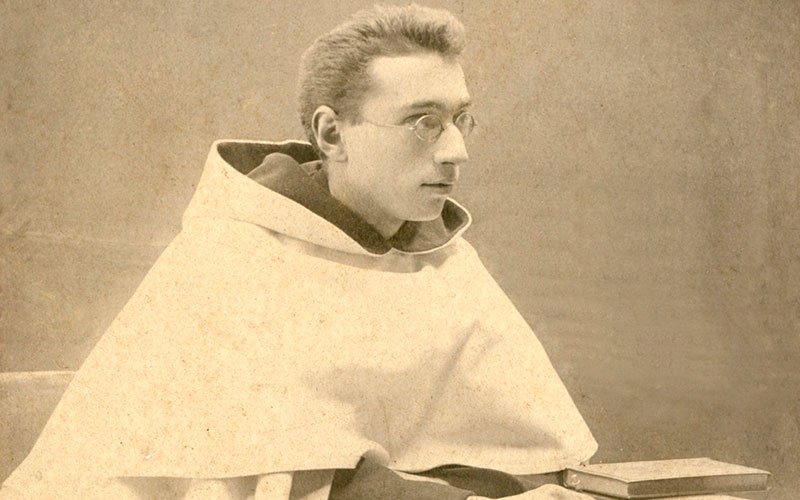 St. Charles de Foucauld: Opening the doors to all

“His virtue had nothing striking about it, but seemed to be self-evident. It did not give the impression that he had to make an effort to be equable, patient, content, cheerful and just in his judgment.

“I am convinced that Father Titus considered heaven as the only goal of his life, that he always had eternity in mind. Otherwise, his whole attitude cannot be explained.”

The words of a prison chaplain, from May 16, 1942 — two months before the execution of Dutch Carmelite friar-journalist Titus Brandsma by his Nazi captors at Dachau concentration camp — recall those of the Good Friday liturgy: “There was in him no stately bearing to make us look at him, nor appearance that would attract us to him” (Is 53:2).

But like Jesus who died on the cross, it is by his actions more than his appearance that we know and celebrate the work of St. Titus Brandsma, canonized May 15 by Pope Francis.

A friar, priest, theologian and magazine founder, Father Titus also spoke out early and often against the rise of Nazi power and influence, especially against anti-Jewish laws passed by Hitler’s supporters before World War II.

“It was his tireless work on behalf of the bishops to defend the Catholic journalists that finally got him into conflict with the Nazis,” the Carmelite website notes in a biography of the man born Anno Sjoerd Brandsma in 1881 at Oegeklooster, Netherlands, and ordained a priest in 1905.

“His ironclad refusal to allow ‘fake news’ to contaminate the integrity of Catholic newspapers marked a point of no return. … Titus was too intelligent and methodical to be convinced to accept propaganda. He was too courageous and stubborn to be swayed by threats and intimidation.”

For Father Titus, “the role of a journalist was about truth telling and truth loving,” Carmelite Father William Harry, communications director for Carmelite NGO, declared at a May 10 symposium in Rome titled, “Titus Brandsma: The Challenges for Journalism in Troubled Times,” and reported by Vatican News.

The symposium, organized by the International Association of Journalists Accredited to the Vatican and the Netherlands’ embassy to the Holy See, brought together ambassadors, scholars and journalists who spoke of the saint’s devotion to the faith, human rights and the truth.

Loup Besmond de Senneville, president of the journalistic association, noted that Father Titus — a chaplain to the Dutch Catholic journalists’ association — encouraged Catholic newspapers to resist German Nazi pressure, and called him “the first journalist to be a canonized saint in a contemporary sense.”

Added Caroline Weijers, The Netherlands’ ambassador to the Holy See: “The life of Titus shows the importance of having a strong moral compass.”

Indeed, Father Titus was offered a deal, of sorts, by the Nazis when he was arrested for treason on Jan. 19, 1942: Tell Catholic newspapers to publish Nazi propaganda, and live a quiet life in a monastery. He refused and eventually was sent to Dachau where on July 26, at age 61, he was killed with a lethal injection.

But even at the hour of his death, he gave the nurse who was administering carbolic acid a rosary made and given to him by another prisoner who was executed — again, recalling the example of Jesus who on the cross pleaded, “Father, forgive them, they know not what they do” (Lk 23:34).

“He emphasized that love is stronger than an ideology that preaches hatred,” said Bahia Tahzib-Lie, human rights ambassador at the Ministry of Foreign Affairs of The Netherlands, at the recent symposium. Her words echoed those of St. John Paul II in 1985 when he declared Titus blessed: He “answered hate with love.”

At a time when the need for love, truth telling, faith sharing and the defense of human rights have rarely been greater, the life of St. Titus Brandsma — like that of Our Lord Jesus Christ — offers a powerful lesson for us all.