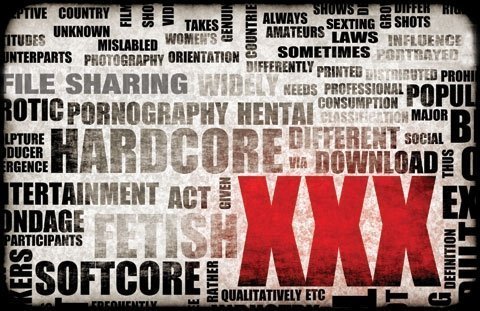 What product has been linked to prostitution, human trafficking, exploitation of women and children, incidents of violence, sexual-harassment and the breakup of marriages?

Here’s another clue: In many cases its transmission is illegal, and yet the laws against it are rarely enforced.

If you answered pornography, you’d be right.

According to anti-obscenity groups, technology has facilitated the proliferation and instantaneous transmission of pornography, enabling some users to amass collections of thousands of images and videos. Additionally, digital-file sharing has become increasingly more decentralized, making enforcement of laws more time- and labor-intensive.

No matter where pornography resides in cyberspace, Catholic officials have long taught that it is a danger that should not be ignored.

The Pontifical Council for Social Communications’ 1989 document "Pornography and Violence in the Communications Media: A Pastoral Response" points out that pornography and wanton violence are reflections of the dark side of a human nature marred by sin.

"The husband and wife have a very special, unique relationship, and I feel that pornography can tear that apart," said Smith, who recently moved to Rochester and now attends St. Boniface Church. "If you have children in the house, and they are exposed to it, I think that’s even more evil."

Though the United States has laws to prohibit the transmission of obscenity, determining what materials constitute obscenity often amounts to a judgment call by law enforcement, prosecutors and juries.

According to the U.S. Department of Justice’s website, federal law defines obscenity as material that:

* appeals to the prurient interest as judged by contemporary adult community standards;

* depicts or describes sexual conduct in a patently offensive way;

* and lacks serious literary, artistic, political or scientific value, as judged by a "reasonable person."

In the 1973 Supreme Court Case Miller v. California, the court determined that obscene material was not covered by First Amendment free-speech protections, according to the Department of Justice’s Obscenity Prosecution Task Force website.

"The welfare of America’s children and families demands the vigorous enforcement of obscenity statutes," notes an article on the task force’s website, "as traffickers in illegal adult obscenity employ advancements in technology and marketing to extend their unlawful and harmful influence."

Yet advocates say that in the past two years the Department of Justice appears to have been limiting new prosecutions of adult obscenity to cases involving children or human trafficking.

"For years, they have largely ignored the problem (of adult obscenity)," Peters said.

The U.S. Department of Justice responded in a statement.

"The department is committed to the protection of families and children, including through the enforcement efforts undertaken by our Child Exploitation and Obscenity Section," said Laura Sweeney, a spokeswoman for the Department of Justice. "As with all of our cases, our prosecutorial decisions in this area are guided by the facts, the evidence, and the law, which requires we prove beyond a reasonable doubt that a violation of federal law has occurred."

A 1998 memo on obscenity enforcement, written by Attorney General Eric Holder, then the deputy attorney general, noted that priority was to be placed on adult-obscenity cases involving large-scale pornography distributors also involved in organized crime or over the Internet, but that prosecution of small-scale distributors also could serve as a deterrent. Due to the nature of the Internet, the memo noted, federal officers are particularly well-suited to investigate and prosecute online obscenity.

"The need of consistent and vigorous enforcement is even greater today because both obscene pornography and evidence of its harms have multiplied since (1998)," stated a Feb. 2011 letter to Holder from Congressmen J. Randy Forbes and Mike McIntyre. "Laws exist to respond to this crisis, but they need to be enforced."

Federal prosecutors have pursued only a few recent obscenity prosecutions that were being investigated prior to the 2009 change in presidential administrations. One case ended in an acquittal in July 2010 after the judge determined there was not enough evidence to continue.

In another prosecution, a film-distribution company called Right Ascension was ordered to pay a $75,000 fine and serve two years of probation for pleading guilty in August 2010 to mailing four obscene DVDs, including the titles "Shattering Krystal" and "A Bounty of Pain."

Pressuring the Department of Justice to step up enforcement of anti-obscenity laws is the goal of citizens and Congressmen involved in a movement dubbed the "War on Pornography." It is being led by Morality in Media’s President Patrick Trueman, who is no stranger to the debate, having headed DOJ’s Child Exploitation and Obscenity Section in the 1980s.

"There isn’t the perception among many government leaders that we have great problems coming from pornography," Trueman told the Courier.

To combat this perception, Morality in Media compiles at www.pornharms.org media reports, research and analysis on the harmful effects of pornography. One article on the site tells of a man in Manchester, England, who recently was sentenced to life in prison for raping and killing his niece. Court testimony revealed that the man was addicted to snuff films, which are pornographic movies in which a person actually is killed.

"We’ve got to look at the demand side of sex trafficking," Trueman said. "When a man goes to a prostitute, he doesn’t care if she’s been trafficked. We need to look at what causes men to go there."

The adult-entertainment industry has pushed back against the War on Pornography, highlighting the industry’s campaign to voluntarily label websites as restricted to adults 18 and older. Such labels can be effective when used with filtering software, the industry claims.

"The legal adult entertainment industry is not involved in obscenity," asserted a statement in response to the War on Pornography from Joan Irvine, the head of the pro-porn group calling itself the Association of Sites Advocating Child Protection.

"The adult industry is just that – ‘by and for adults,’" Irvine said.

Yet Peters said only 40 percent of parents use parental filters on home computers, and noted that relying on filters to protect children is an incomplete solution.

"At younger and younger ages, children have unsupervised access to the Internet from computers that parents don’t control," said Peters, noting that computers in public locations and at friends’ houses — as well as Internet access on cell phones — make it harder for parents to monitor their children’s online activities.