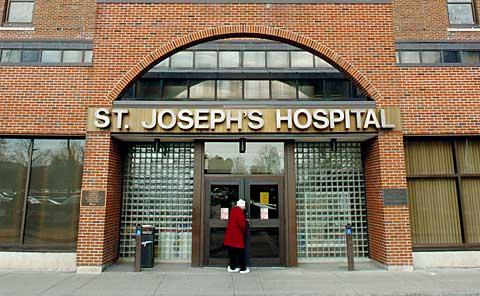 St. Joseph’s Hospital (above) and Arnot Ogden Medical Center have taken a step toward formal partnership.

With the help of major state funding, St. Joseph’s Hospital and Arnot Ogden Medical Center have taken a step toward formal partnership.

St. Joseph’s officials announced Oct. 4 that $20 million from New York state’s Department of Health has been appropriated to the two Elmira hospitals via the state’s Healthcare Efficiency and Affordability Law for New Yorkers (HEAL NY). This news follows the August 2010 signing by St. Joseph’s and Arnot Ogden of a letter of intent to begin the merger process.

"We are extremely pleased to receive this announcement as we move through the process of developing the definitive agreement that will serve as the foundation for the newly formed partnership," said a statement from Donald W. Hartman, St. Joseph’s president/CEO. Hartman, who said St. Joseph’s current debt stands at approximately $15 million, noted that he expects the state money to be put toward "debt reduction, capital projects, transition costs and IT (information technology) initiatives during the consolidation."

St. Joseph’s and Arnot Ogden are currently in a due diligence stage as they continue toward a legally binding, definitive agreement that would be subject to approval by the Diocese of Rochester as well as state officials. Fully implemented, the partnership would involve consolidation of the two hospital corporations into a new company and a balanced, single board of directors, with each hospital retaining its individual identity.

HEAL NY money is awarded to assist hospitals and nursing homes in fulfilling initiatives mandated by the state’s Commission on Health Care Facilities in the 21st Century. That panel, also known as the Berger Commission, was created in 2005 to carry out an extensive consolidation of health-care facilities and services around the state.

Yet Hartman, who has served as head of St. Joseph’s since March 2010, said the new agreement would allow for St. Joseph’s to continue operating under the religious and ethical directives set out by the U.S. Conference of Catholic Bishops. Arnot Ogden would not be subject to the directives, but neither would the agreement allow it to impose its ethical practices upon St. Joseph’s.

Hartman noted that similar pairings have occurred in recent years between Catholic and secular hospitals around New York state. In fact, St. Joseph’s pursued a partnership with Guthrie Healthcare System of Sayre, Pa., until Sister Marie Castagnaro, SSJ, former St. Joseph’s CEO, announced in November 2009 that those talks were being suspended due to the poor economic climate.

Meanwhile, St. James Mercy in Hornell — the only other Catholic hospital in the Rochester Diocese — announced earlier this year that it is exploring an affiliation with Guthrie.