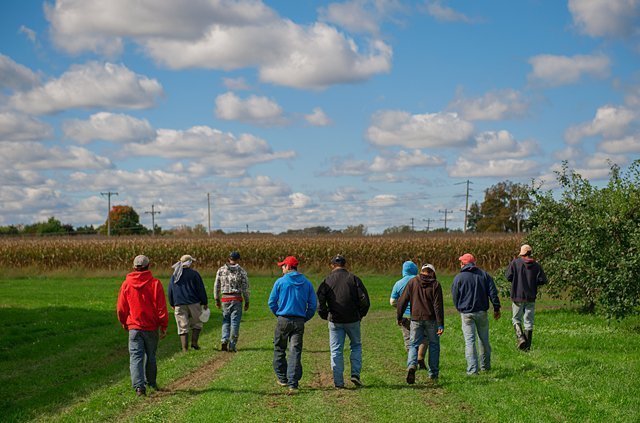 Migrant workers walk into a Brockport farm field in this Oct. 2013 file photo.

ALBANY — The New York Civil Liberties Union has filed a lawsuit against the state of New York and Gov. Andrew Cuomo, demanding that farmworkers receive the basic protections afforded to other workers.

NYCLU officials announced May 10 that they had filed the lawsuit in state Supreme Court on behalf of Crispin Hernández. On the same day, Cuomo issued a statement in support of the lawsuit.

"This administration has fought tirelessly to end abusive employment practices and protect the rights of employees," the governor stated. "We have moved aggressively against employers who abuse their workers, and held bad actors accountable to the fullest extent of the law."

The lawsuit alleges that Hernández was fired from his job at Marks Farms LLC, a major dairy producer in central New York, after his employer saw him meeting with coworkers and a representative of the Workers’ Center of Central New York. NYCLU officials said in the lawsuit that the discussion of workplace conditions took place after work in a worker’s personal residence on farm property.

The New York State Employment Relations Act does not guarantee farmworkers the rights assured to other workers: one day of rest in a seven-day work week, disability insurance and the right to organize without retaliation, according to information from the NYCLU. The lawsuit argues that the exclusion of farmworkers’ right to organize and receive equal protection and due process should be deemed unconstitutional by the court. 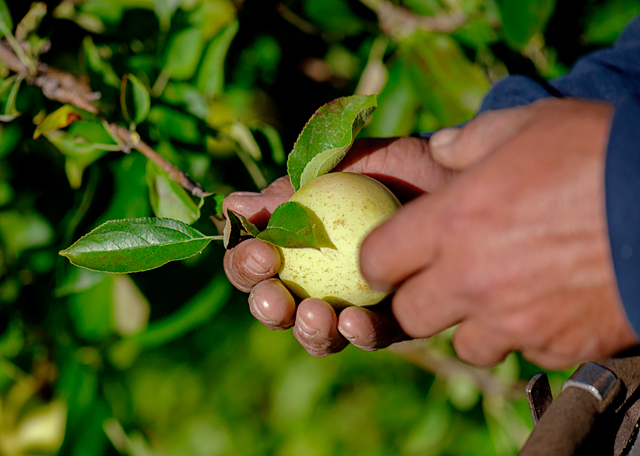 A migrant worker picks apples for Heberle Farms in this Oct. 2013 file photo.

"We want to be able to improve our working conditions without fear or intimidation," said Hernández, who had been working 12-hour shifts at the farm six days a week for the past three years. "We believe our lives are important and that all human beings deserve to be treated with dignity and respect."

Cuomo said that exclusion of farmworkers from the state law is "unacceptable."

"I agree with the NYCLU that the exclusion of farm workers from the labor relations act is inconsistent with our constitutional principles, and my administration will not be defending the act in court," he added in his statement. "We will not tolerate the abuse or exploitation of workers in any industry. This clear and undeniable injustice must be corrected."

The NYCLU lawsuit also was filed on behalf of the Workers’ Center of Central New York, a group that organizes and advocates for low-wage workers, and the Worker Justice Center of New York, which provides advocacy and legal representation for farmworkers. The lawsuit alleges that both groups are unconstitutionally excluded from protections of their efforts to organize on behalf of farmworkers.

"Farmworkers are one of the biggest economic engines in this region, but they’re treated as though they are invisible," said Carly Fox of Worker Justice Center. "They work in a dangerous industry, sometimes with abusive employers who neglect their safety. If they could come together to address those dangers without risking their livelihood, lives could be saved."