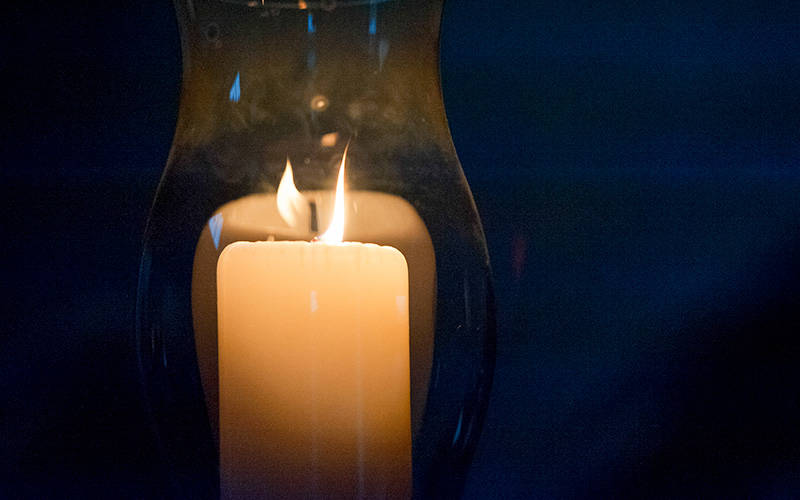 The more he learns about the horrors of human trafficking, the greater Deacon Michael Kristan’s desire is to see the practice eliminated.

“It’s a wake-up call. It takes the air out of you — you think, ‘Wow these people are dealing with such terrible crimes against themselves,’” Deacon Kristan said of the personal stories shared by human-trafficking victims in documentaries and newspaper articles that he’s seen. “We’ve got to do something; we need to make a greater impact.”

To help further that impact, Deacon Kristan is inviting fellow Catholics to take part in an outdoor Stations of the Cross this Monday, Feb. 8. It will begin and end at Sacred Heart Cathedral, 296 Flower City Park, Rochester, where Deacon Kristan serves as a parish deacon. The stations will begin at 12:45 p.m., immediately following the 12:10 Mass, starting from the cathedral’s front steps and proceeding down Flower City Park to Lake Avenue and back. Deacon Kristan said that reservations are not necessary, but those who want more information may email him at michael.kristan@dor.org.

The first-time event is being conducted on the International Day of Prayer and Awareness Against Human Trafficking, which falls every Feb. 8 on the feast day of St. Josephine Bakhita (1869-1947). Canonized in 2000 by St. John Paul II, Josephine Bakhita was a Sudanese native who was kidnapped as a child but went on to become a woman religious, dedicating her life to comforting the poor and suffering while sharing her story of rising out of slavery. In 2015, Pope Francis declared the annual worldwide day of prayer and awareness in her honor.

According to the U.S. Conference of Catholic Bishops, human trafficking is a form of modern slavery constituting a $150 billion industry in which humans are exploited through force, fraud or coercion — mostly for reasons related to the labor and sex underworlds. The USCCB reports that 25 percent of all human trafficking victims are age 17 or younger, and there are approximately 25 million victims of forced labor and sexual exploitation around the world.

Deacon Kristan said he’s concerned that online pornography usage has escalated during the coronavirus pandemic due to people spending more time at home; the likely result, he said, is an increase in the exploitation of trafficking victims to create pornographic material. And yet, he noted, people who view pornography may not be aware — or would rather not be reminded — of the eventual toll their habits can take on human beings they see on their computer screens but will never meet in person.

Deacon Kristan, who was ordained to the Diocese of Rochester’s permanent diaconate in 2018, has been actively involved with people, organizations and events dedicated to eliminating human trafficking, including symposiums that took place in 2019 at St. Bernard’s School of Theology and Ministry as well as the University of Rochester’s Interfaith Chapel. He hopes that more Catholics will grow their awareness of the issue as well, especially since he said that human trafficking often takes place unnoticed in the community. He suggested viewing such documentary films as “Sands of Silence: Waves of Courage” and “Blind Eyes Opened” that delve deeply into the sex-trafficking industry.

Asked if he’s planning to arrange further awareness-raising events about human trafficking in addition to the Feb. 8 Stations of the Cross, Deacon Kristan replied that “the answer is an unequivocal yes.” However, he added that such efforts are not his alone but are supported by divine guidance.

“I truly feel the Holy Spirit is infused in this issue,” he said.