Stations prayed in variety of forms

Praying the Stations of the Cross during Lent -- in a variety of ways -- helps local Catholics reflect on salvation offered to them through Jesus' crucifixion and resurrection.

Throughout the diocese, for example, youth groups present Jesus' passion and death in performances of the Living Stations of the Cross. One group in Tioga County has maintained this tradition for 40 years.

Other Catholics take to the streets on Good Friday as part of outdoor "Way of the Cross" processions through their communities to raise awareness about social-justice issues.

And many others pray the Stations of the Cross in their parish churches on Lenten Fridays.

While there are several ways to pray the Stations of the Cross, the traditional stations found in churches consist of 14 icons that depict Jesus' journey from Gethsemane to crucifixion and the tomb. The list of stations, associated Scripture readings and prayers are available on the website of the U.S. Conference of Catholic Bishops. (www.usccb.org/prayer-and-worship/prayers-and-devotions/stations-of-the-cross/index.cfm).

When prayed in a church, the devotion begins with an opening prayer. Then the congregation moves to the first station, where a reverent gesture, such as genuflection, is made and a responsorial phrase is recited. The name of the station is announced, a passage from Scripture is read and participants kneel to say a prayer. This process is repeated at each station.

Some Catholics take advantage of the icons' presence in their churches to pray the Stations of the Cross all year long, noted Father James Fennessy, pastor of St. Francis and St. Clare Parish in Waterloo and Seneca Falls.

"I find having artwork there to mediate on while I pray (the stations) is very helpful to me," he said.

One of the worship sites in his parish, St. Patrick Church in Seneca Falls, displays portraits of the Stations of the Cross that date to the mid-1800s. Previously located in the original church building that stood next door, the portraits are of unknown origin, Father Fennessy said, adding that the fifth station is being restored and that the parish hopes the work will be completed in time for Ash Wednesday.

About five years ago, the youth group at his parish also began presenting the Living Stations of the Cross, the pastor noted, recalling that he observed parishioners with tears in their eyes after the teens' first performance.

"It made an impression on the kids who were in it (too)," he added. "This (devotion) is not about you. It's about helping people pray. They saw how important it was."

"The whole theme of Lent is looking inward," he remarked.

Helping their parish communities pray the Stations of the Cross also was the motivation for youths in Tioga County's Blessed Trinity/St. Patrick parishes, who have presented the Living Stations for four decades.

This year, more than 35 young people have been rehearsing since January in Apalachin's St. Margaret Mary Church in preparation for presenting the Living Stations each Friday of Lent at various locations in the Southern Tier.

"I have been dedicated to (the) stations so long because of the community and the effect the performance has," said Daniel Radcliffe, who has been participating for six years. "Being around active and lively youth can be very rare in the Catholic Church, so I cherish my time with all my friends as we represent Christ's passion. Also after every performance, I can see that my portrayal leaves a tremendous effect on the audience. It is incredible to think that as an 18 year old, I have the power to move God's love and message through ... so many people."

A related Lenten devotion is the Good Friday Way of the Cross procession conducted by members of St. Frances Xavier Cabrini Parish in Rochester, which now offers two processions for its three worship sites. One begins at Annunciation Church on Norton Street and concludes at Our Lady of the Americas Church on East Main Street; the other begins and ends at St. Michael Church. Participants in each Way of the Cross process through nearby neighborhoods in northeast Rochester.

Father Mickey McGrath, copastor at St. Frances Xavier Cabrini, explained that St. Michael has had a Way of the Cross procession since the mid-1970s. However, offering the outdoor devotion dates back to the early days of the Latino parish community at the former Our Lady of Mt. Carmel Church on Woodward Street in the late 1960s, he said.

"Outward expressions of faith are very natural and very much a part of the Latino culture," noted Father McGrath. "We know that there are very large parades and processions in Spain during Holy Week. The history goes back centuries, I'm sure, and it also has permeated the culture of the Latin countries that were born from the Spanish colonies. Italy also has such outward expressions of faith." 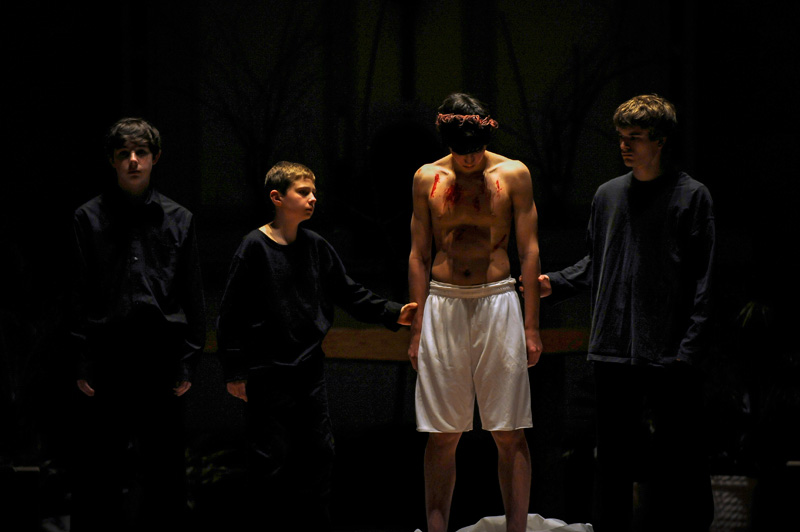 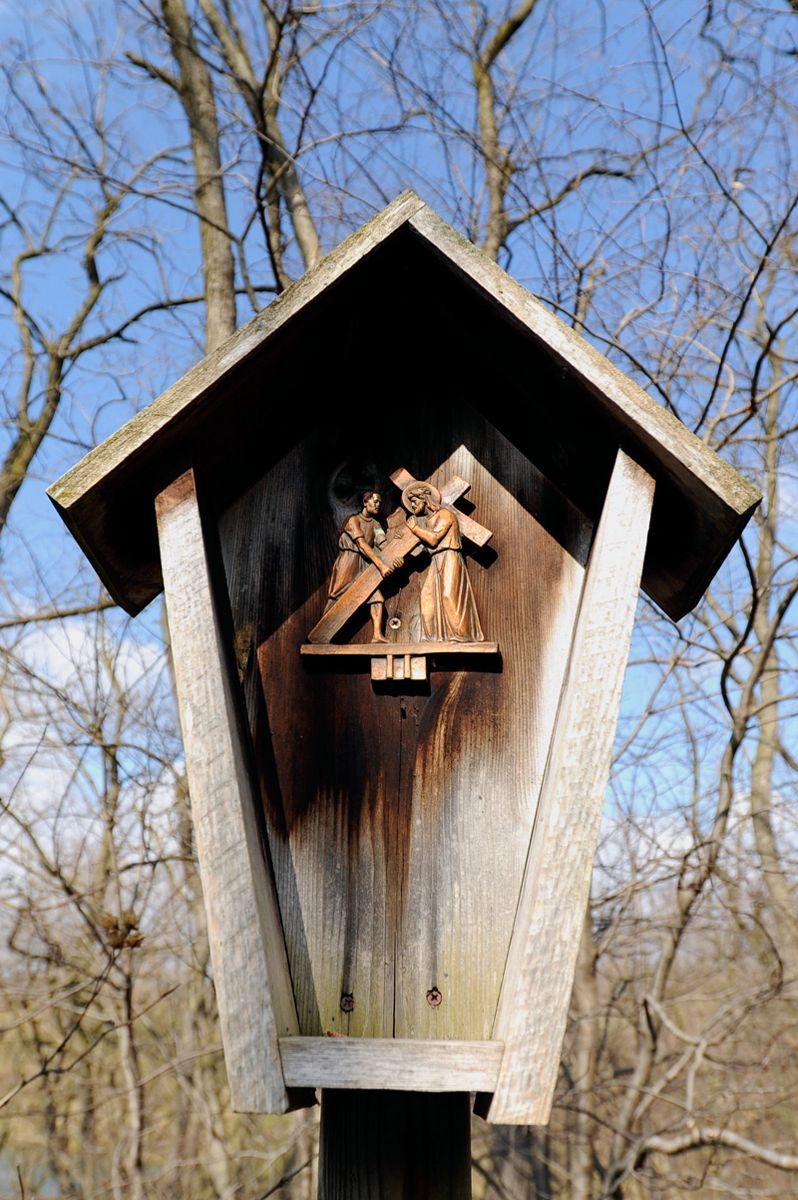 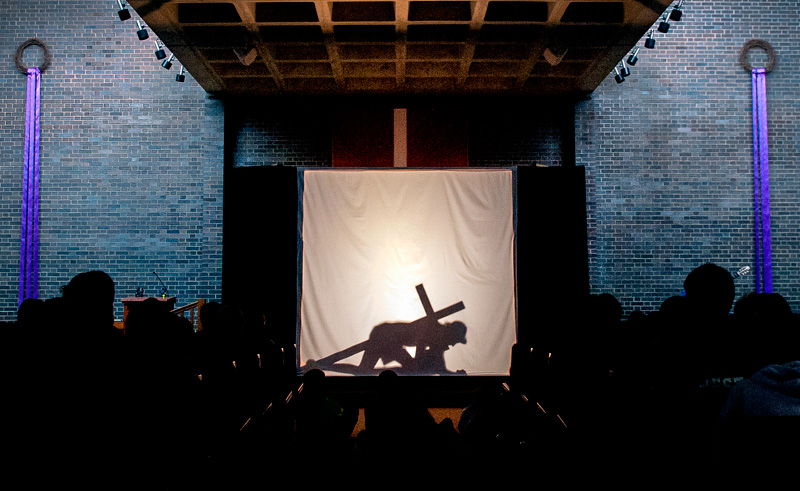 Station 3: Jesus falls for the first time (Church of the Resurrection, Fairport) 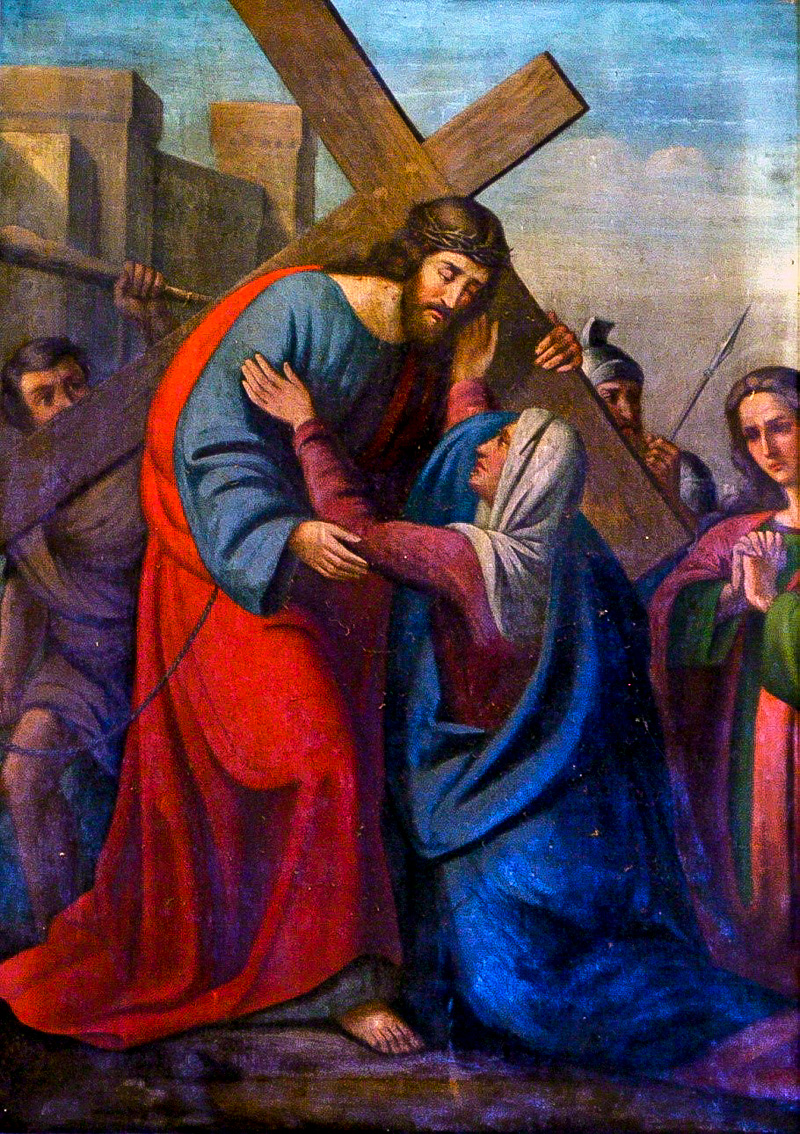 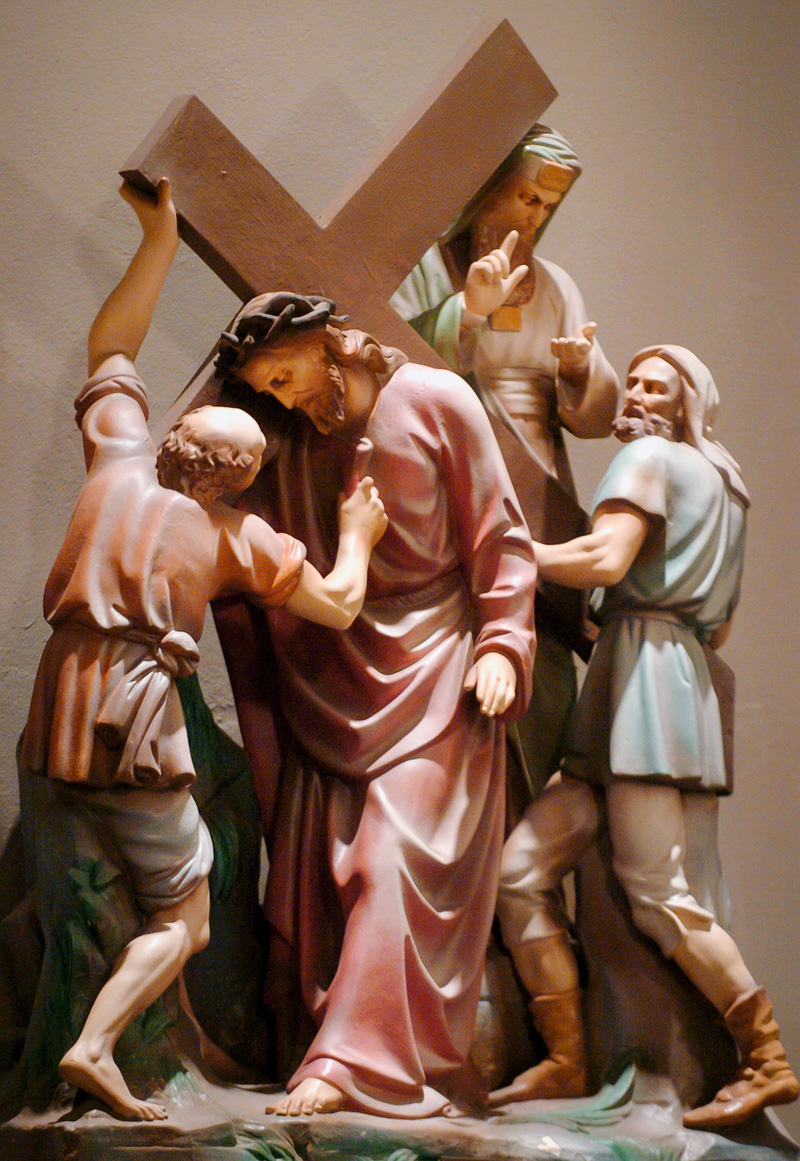 Station 5: Simon of Cyrene carries the cross for Jesus (Our Lady of Perpetual Help, Rochester) 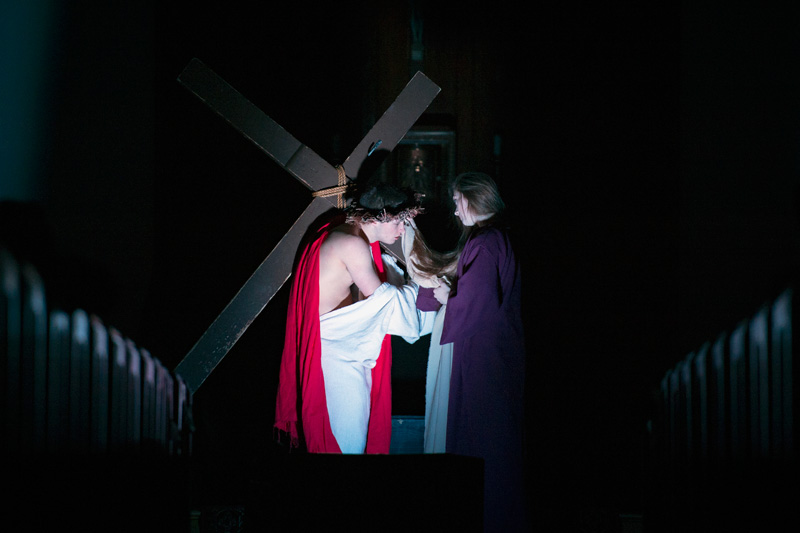 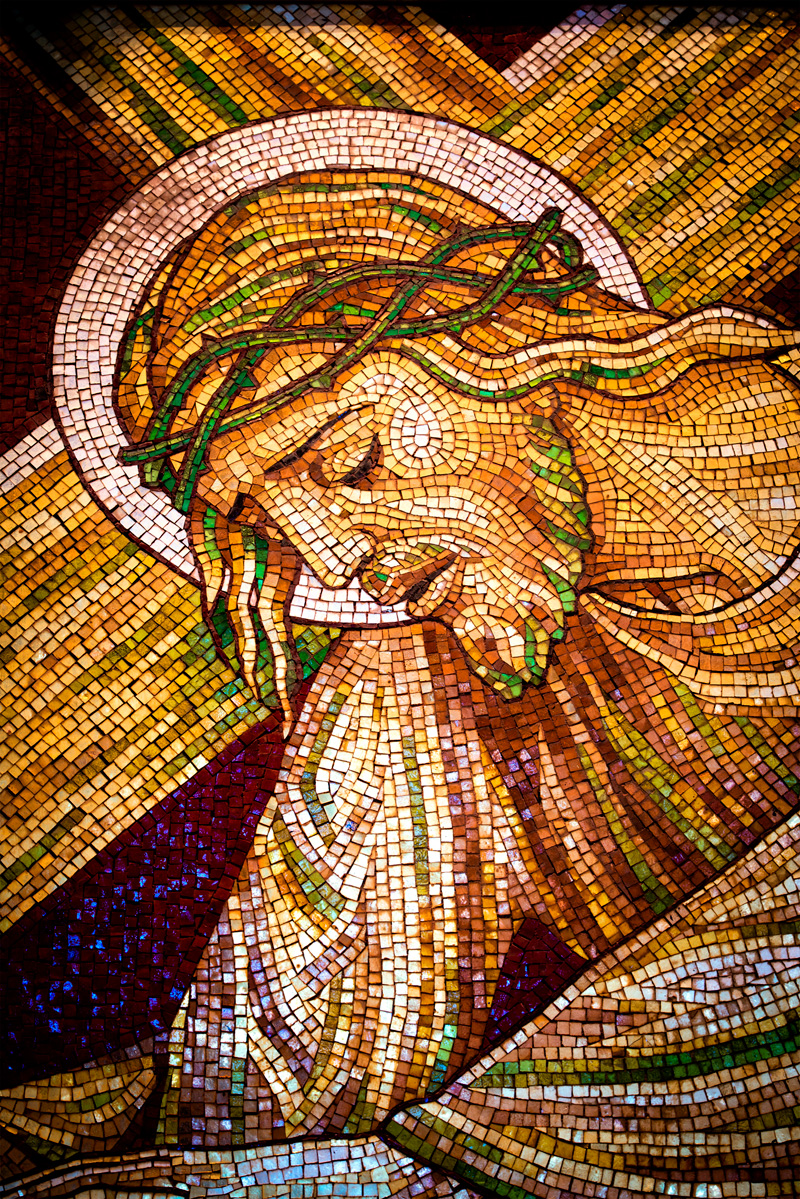 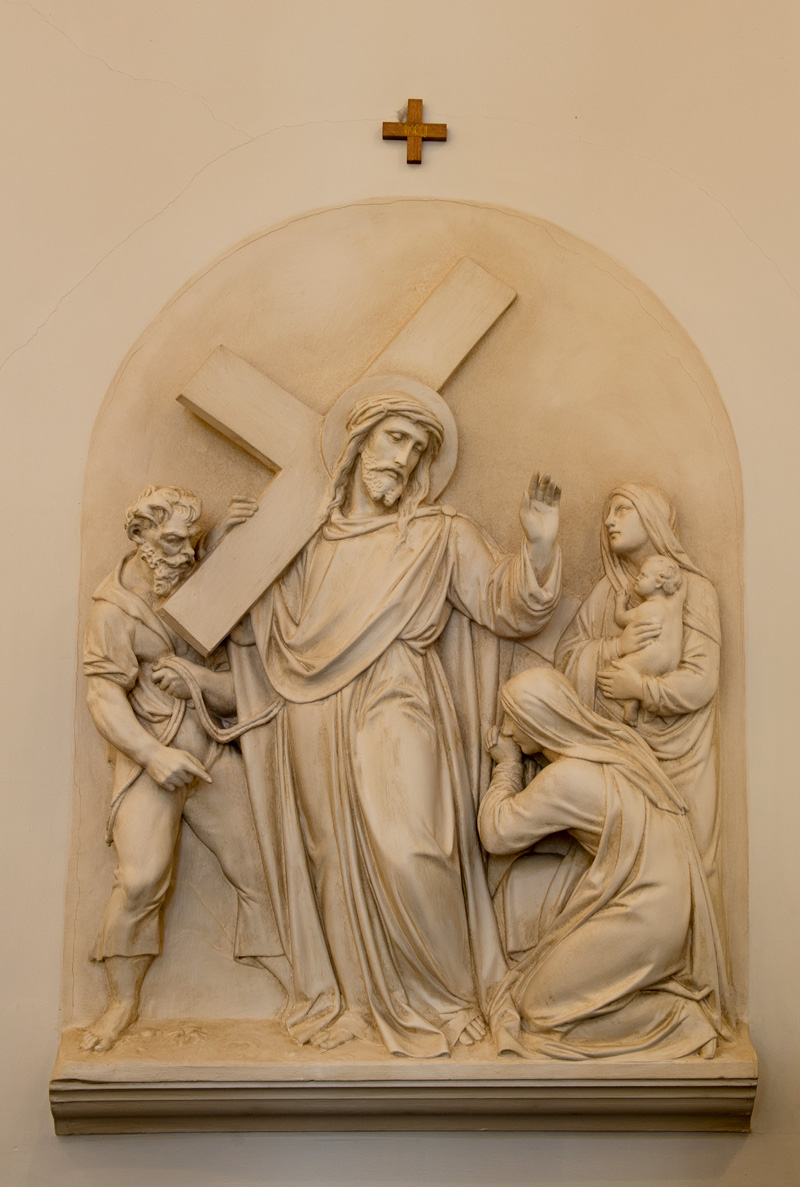 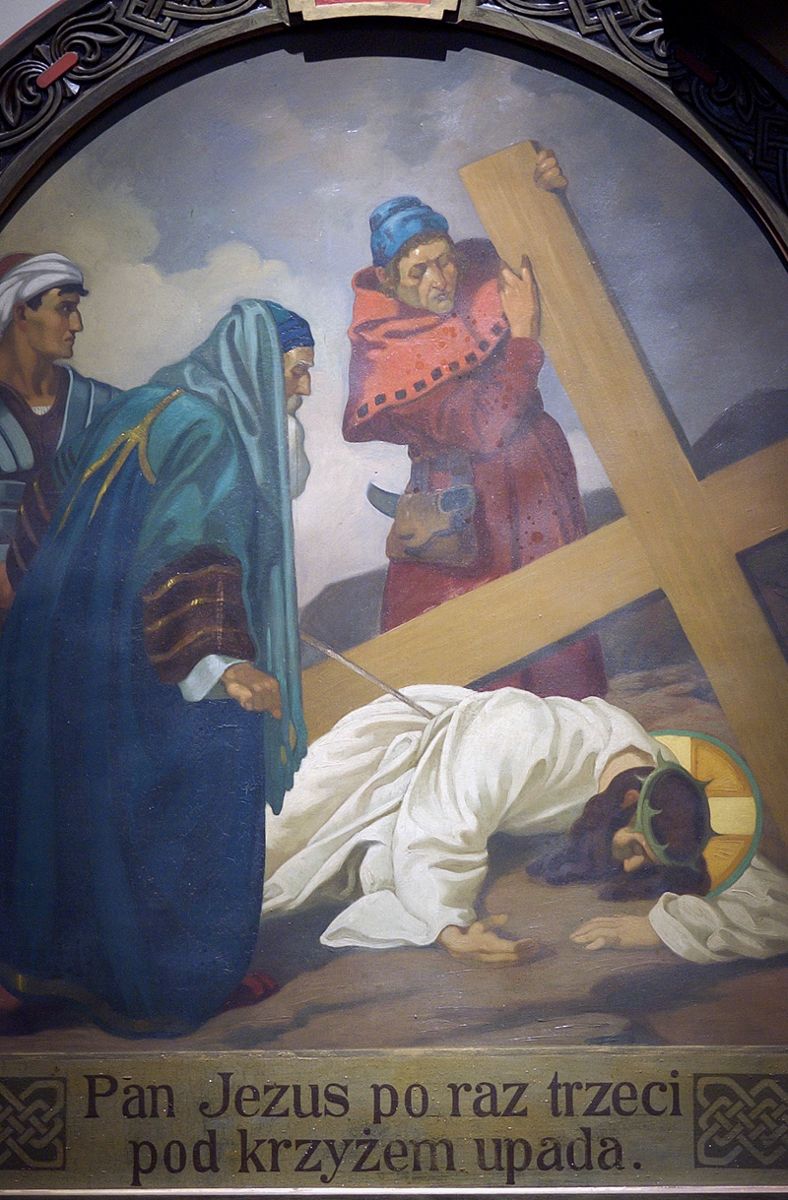 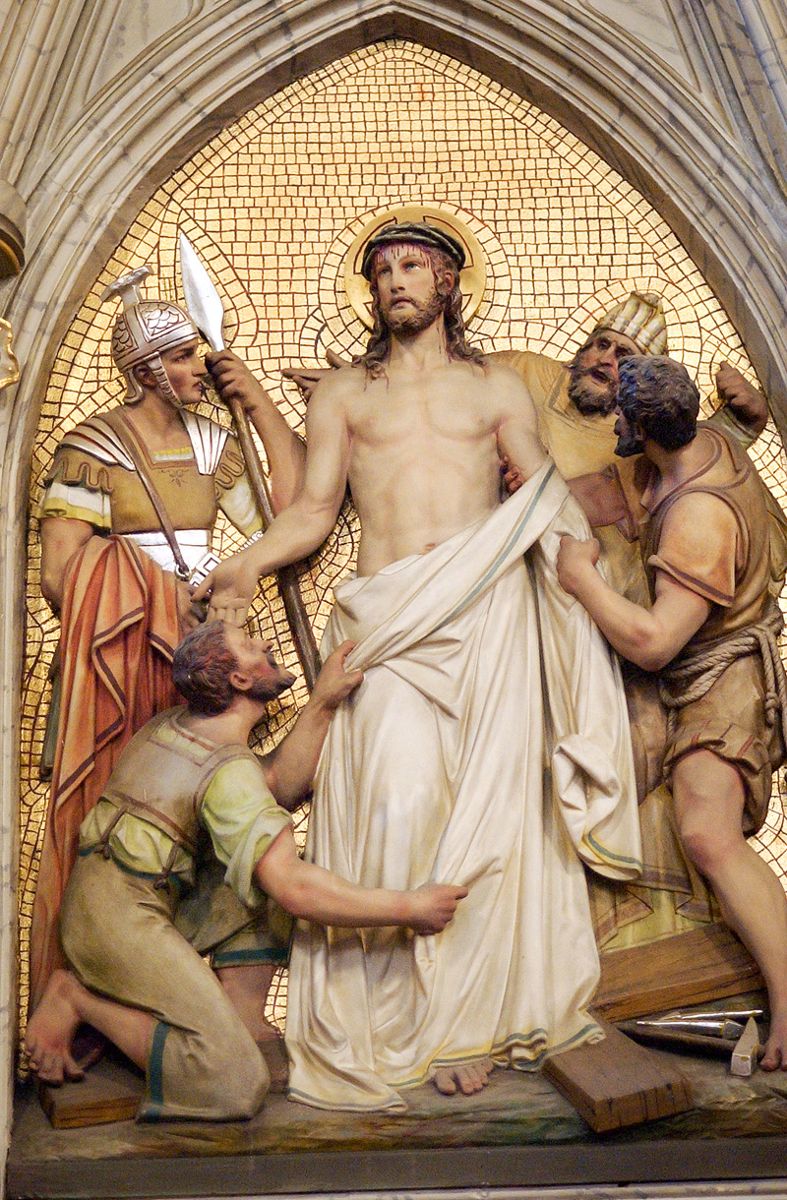 Station 10: Jesus is stripped of his clothes (St. Michael, Rochester) 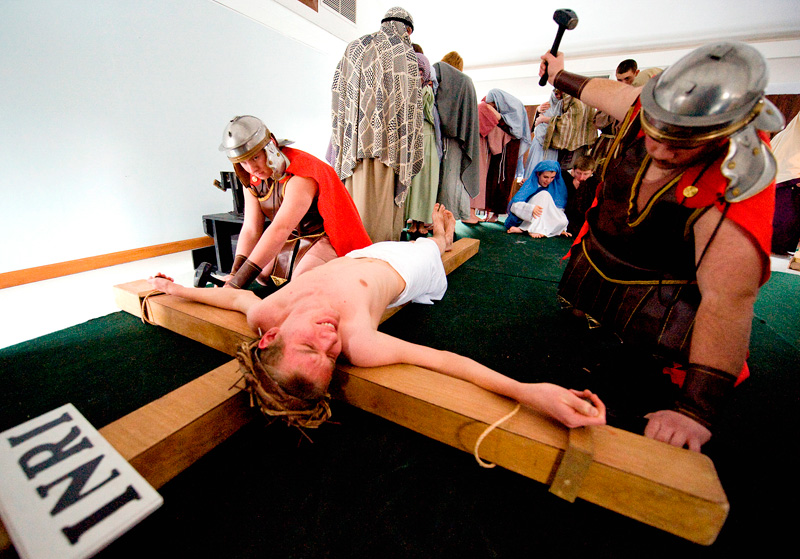 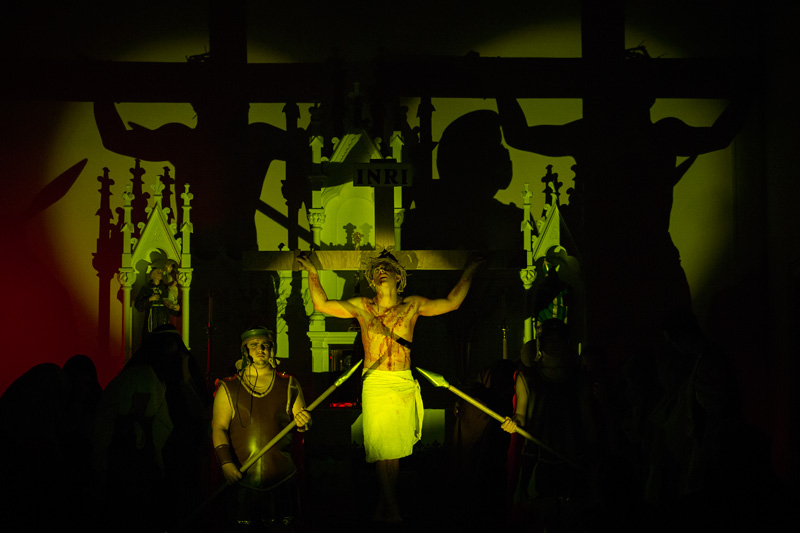 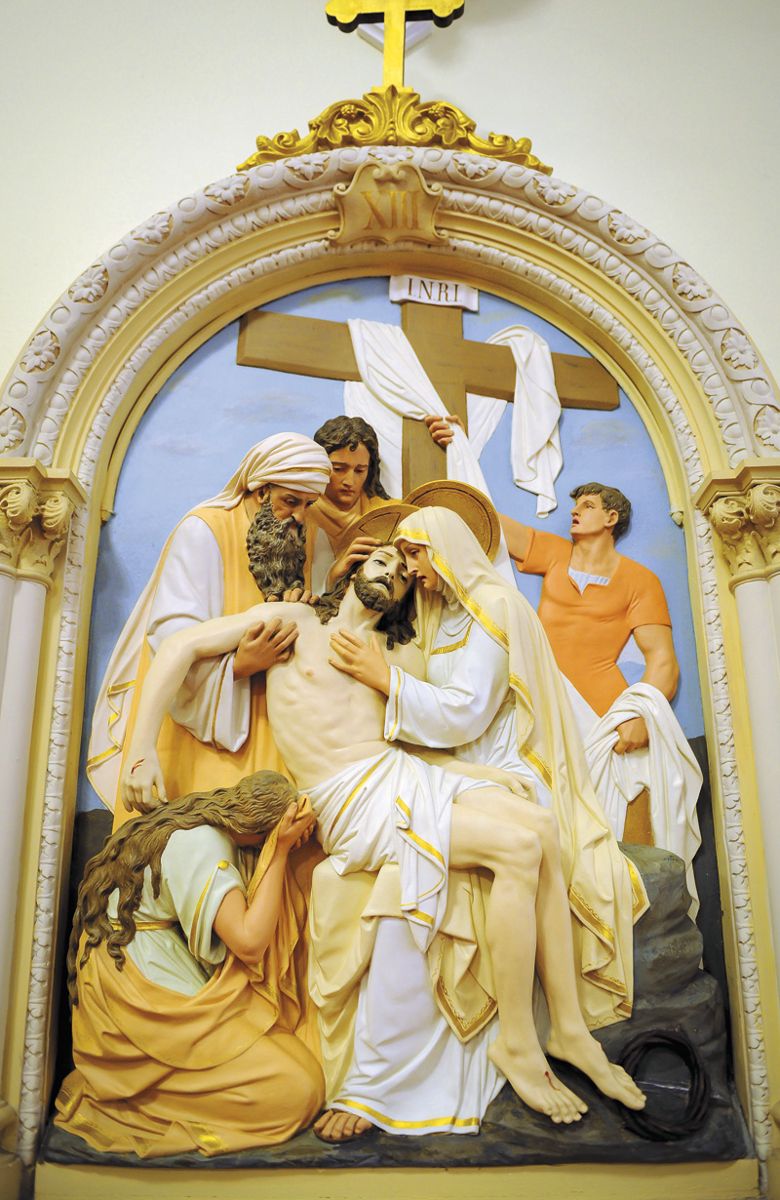 Station 13: The body of Jesus is taken down from the cross (St. Rose, Lima) 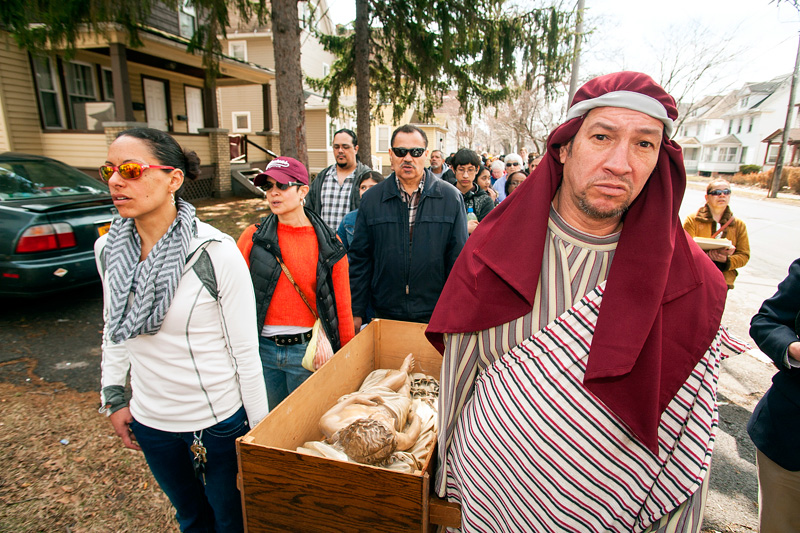 Station 14: The body of Jesus is laid in the tomb (St. Frances Xavier Cabrini, Rochester)

Copyright © 2017 Catholic Courier, Inc. All rights reserved. Linking is encouraged, but republishing or redistributing, including by framing or similar means, without the publisher's prior written permission is prohibited.