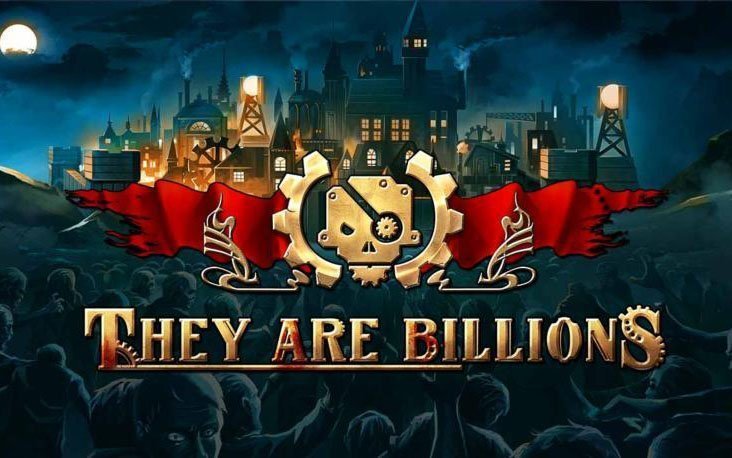 This is an image from the video game "They Are Billions." (CNS photo by Numantian Games)

If you’ve ever wanted to mesh medieval village management with the zombie apocalypse, now is your chance.

“They Are Billions” (Numantian Games) takes place after the fall of civilization to the undead. As a result, technology has slid back into the Dark Ages — with the predictable exception of a few guns here and there.

Grown-up and teen strategy enthusiasts seeking a challenge should certainly give this unusual mash-up a look.

As a real-time strategy game, “They Are Billions” uses complex systems that make it unsuitable for young players or for those unfamiliar with the genre. Starting off with a simple command center, gamers must construct houses to build up a population of civilians and workers. Laborers are necessary to build resource-gathering hubs, such as sawmills or quarries, as well as to staff military training facilities.

The ultimate goal of the game is to survive a certain number of days, which also means that the city needs to grow or relocate as resources are exhausted. All of this is done while fending off hordes of flesh-eaters.

“They Are Billions” is not without humor, however. Thus whenever soldiers are selected, they give responses of disdain or boredom — the global crisis notwithstanding.

The difficulty level can be changed but even the easiest game mode could prove a struggle for some people. The hardest level truly sees the game’s title come to life, as billions of zombies swarm the city, overwhelming most of the map. Additional maps can be unlocked as certain challenges are met. As new locations open up, players must meet more complicated objectives, such as maintaining a population of 400 while surviving for 80 days.

The available arsenal of weapons consists of bows and arrows, guns and catapults. There are, naturally, blood effects commensurate with the combat violence, but the bird’s-eye view from which the map is seen means these are nearly unnoticeable. Additionally, since the only targets are zombies, there are no moral issues raised by eliminating them.

If even one zombie penetrates the defenses, it can easily spell disaster. Whereas typical titles in this genre usually deliver victory to the player with the largest base and highest population, when facing zombie swarms, crowds are a liability. In the worst pyramid scheme imaginable, by infecting a single household each zombie creates five more, and each one of them can go on to infect dozens.

If playing on a console, there are some mechanical struggles with the basic controls. “They Are Billions” was originally designed for PC, and the transition from keyboard to controller commands is not a smooth one. There also are a few glitches where workers can get stuck in a location, such as at a gate or by a lake.

Playable on PlayStation 4, Xbox One, and PC (Steam, Origin).

The game contains frequent nongraphic violence with some blood. The Catholic News Service classification is A-II — adults and adolescents. The Entertainment Software Rating Board rating is T — teen.