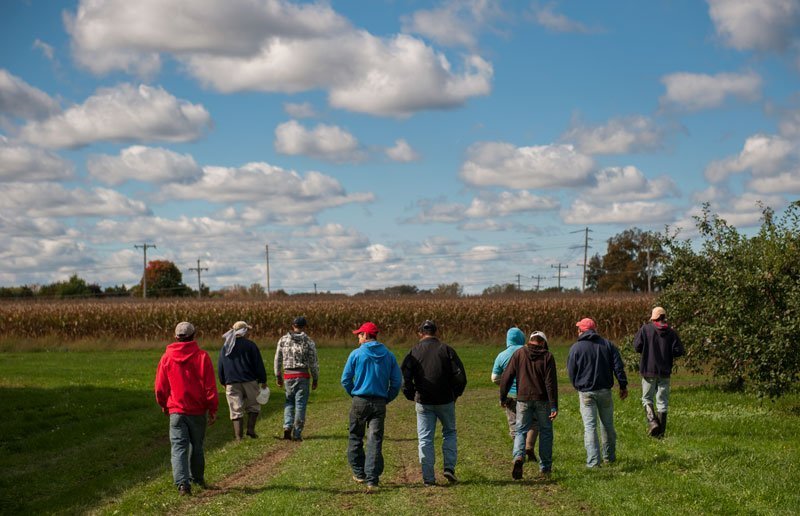 Farmers from Rochester to Syracuse recently reported hearing at church services that dairy farmworkers are not being treated with dignity and respect. Based on working with New York farmers for more than three decades, I believe that success on the vast majority of farms can be attributed to the valued employees who help care for the animals and the land every day. The farmers I have worked with pride themselves on treating their employees the way they would want to be treated. For generations, farmers have been a backbone of rural communities, both as providers of nutritious food and important contributors to rural economic development.

Recent Cornell studies help clarify and balance some negative statements recently made about how farmworkers are treated. Dairy farm employers pay competitively and comply with applicable minimum wage and payroll regulations. New York dairy farmers continue to increase wages in order to keep up with competition in the labor market competition and to comply with steady increases in the New York State minimum wage. Farmers also continue each year to invest more in benefits for their employees. A 2017 Cornell benchmark study reported the following:

‚Ä¢ had 7.2 years of tenure with their current employers

‚Ä¢ received total compensation (including bonuses and benefits) of $16.90 per hour

‚Ä¢ had 11 years of tenure with their current employers

‚Ä¢ received total compensation (including bonus and benefits) of $22.48 per hour

According to existing labor laws, farm employees are eligible to work seven-day weeks, but a 2016 Cornell study (see http://publications.dyson.cornell.edu/outreach/extensionpdf/2016/Cor nell-Dyson-eb1612.pdf ) found that only 3 percent of the 205 Hispanic dairy workers did so, with most working six days per week. In most cases, employees themselves request 60 hours a week or more and will often leave a farm that does not enable them to earn as much money as possible to support family members in their home country.

When workers in the same survey were asked open-ended questions about their jobs many said that their bosses are good people who are attentive and helpful to workers. Farm owners show respect through such extra steps as taking workers to churches with large Hispanic congregations, taking them to soccer, providing them with nice housing, and advocating for their children in local schools.

New York’s agriculture industry has invested heavily in making farms safe, and for nearly three decades, formal farm safety training has been taking place on farms across the state. Founded in the late 1980s to conduct agricultural safety research education and training, the New York Center for Agricultural Medicine and Health (http://www.nycamh.org/) provided the following educational safety services to dairy farms in New York between January 2009 and December 2016:

‚Ä¢ Nearly 400 sessions of first-aid, fire and CPR training in both languages for a total of 3,346 participants

These numbers represent only a fraction of the training that takes place on farms of all sizes. Dairy employers also provide ongoing safety education to their employees, taught by members of their farm staffs, local dairy consultants and Cooperative Extension educators.

There are many ongoing, proactive efforts within the dairy industry to continuously improve the treatment of workers. The Agricultural Workforce Development Council is dedicated to the promotion of positive on-farm employment practices and resources. In recent years this group has worked diligently to educate farmers on best human resource management practices.

Maloney is a senior extension associate in the Charles H. Dyson School of Applied Economics at Cornell University.