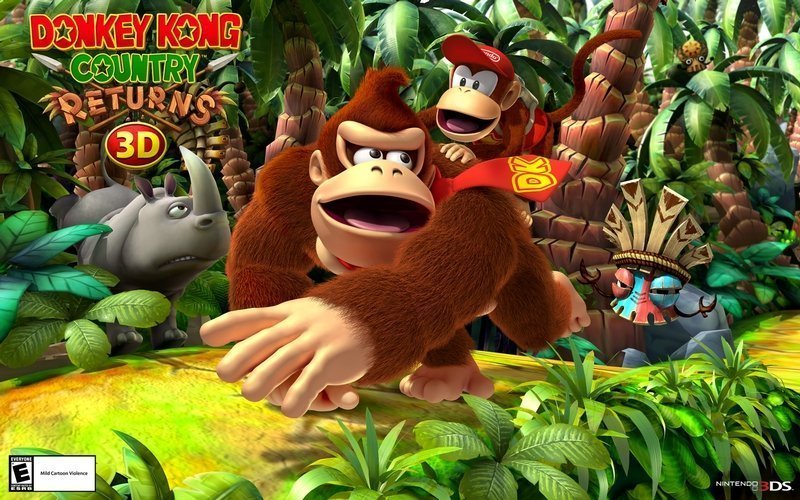 NEW YORK — "Mario is for wimps!" Such has been the proud boast of fans of the 1996 Super Nintendo classic "Donkey Kong Country."

That’s because the game has gone down in history not only for the quality of its design, but also for the challenges it poses. For nearly two decades, it has infuriated even expert gamers. But it has nonetheless kept them coming back for more with its well-crafted levels and loveable characters.

First rebooted for the Wii in 2010, the prototype has now been refashioned for the Nintendo 3DS as "Donkey Kong Country Returns 3D" (Nintendo).

The gamer plays Mario’s former adversary, the gorilla Donkey Kong, who now resides in the paradise of Kong Island. His stash of bananas has been stolen by ne’er-do-wells known as the Tikis. So it’s up to Kong and his nephew Diddy to go out and reclaim the hoard, defeating the Tikis in the process within a series of environments that range from volcanoes to a beach.

The game has been given an enormous overhaul. Not only are the graphics much better than the blocky 1996 version, but the levels also have been almost entirely redesigned. The result is a much more diverse, smooth and exciting experience, but one that is no less tricky.

Aware that the cartoon graphics of their title naturally attract younger and less experienced gamers, though, the developers have wisely put in a more forgiving difficulty setting, with more power-ups. There is even an option by which, if the player dies more than a few times, the level on which he or she has become stuck can be skipped entirely. It might sound like cheating, but if the gamer’s skills aren’t tip-top, such an opportunity for escape may be greatly appreciated.

Typically for a Nintendo title, "Donkey Kong Country Returns 3D" presents no genuinely objectionable elements whatever and is therefore morally suitable for all ages.