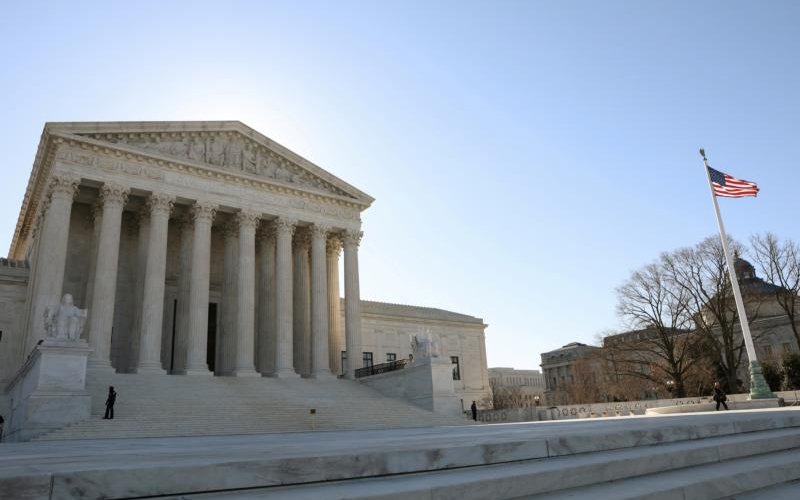 The U.S. Supreme Court building is seen in Washington March 26, 2019. The nation's highest court weighed in on two different aspects of Indiana abortion laws May 28. (CNS photo by Brendan McDermid/Reuters)

It upheld a state law — reversing an appeals court ruling — that requires abortion providers to bury or cremate fetal remains. It also refused to take up a challenge to a block of the state law that would prevent women from obtaining abortions based on the gender, race or a potential diagnosis of Down syndrome of the fetus.

“We’re pleased that they did rule in favor of one part it — recognizing the dignity of the fetus and proper disposal is important part of the sacredness of life — and disappointed, of course, that (the court) is not dealing with the question of abortion based on sex, race or disability,” said Glenn Tebbe, executive director of the Indiana Catholic Conference, the public policy arm of the state’s bishops.

“At least one is a step in the right direction,” he said, noting that “fetal life is life and should be treated in a respectful or proper way.”

The court’s three-page decision, issued without oral arguments, was unsigned. It said its decision to uphold the law concerning the disposal of fetal remains “does not implicate our cases applying the undue burden test to abortion regulations” nor does it involve a challenged that the law “imposes an undue burden on a woman’s right to obtain an abortion.”

The court said the state has “a legitimate interest in proper disposal of fetal remains,” referring to a 1983 court decision, Akron v. Akron Center for Reproductive Health, Inc. The justices voted 7-2 to uphold the fetal remains aspect of the state’s law, with Justices Ruth Bader Ginsburg and Sonia Sotomayor dissenting.

The court also examined the appellate court’s ruling which struck down a provision in the state law that prevented women from obtaining abortions because of fetal characteristics.

Both laws were signed in 2016 by Vice President Mike Pence when he was Indiana’s governor and were blocked by the 7th U.S. Circuit Court of Appeals last year.

Justices Ruth Bader Ginsburg and Sonia Sotomayor said they would have denied review of both issues in the case.

Justice Clarence Thomas in a 20-page opinion, not joined by other justices, said he agreed with the court for not taking up the issue of abortion limits at this time but said it would have to do so in the future, warning that the provision promotes a “compelling interest in preventing abortion from becoming a tool of modern-day eugenics.”

“Given the potential for abortion to become a tool of eugenic manipulation,” he added, ” the court will soon need to confront the constitutionality of laws like Indiana’s.”

The court’s decision will keep the appeals court ruling in place on abortion limits and uphold the law requiring abortion providers to bury or cremate fetal remains.

All eyes have been on the court taking up an abortion case to potentially challenge its 1973 decision in Roe v. Wade which legalized abortion nationwide.
– – –
Follow Zimmermann on Twitter: @carolmaczim.