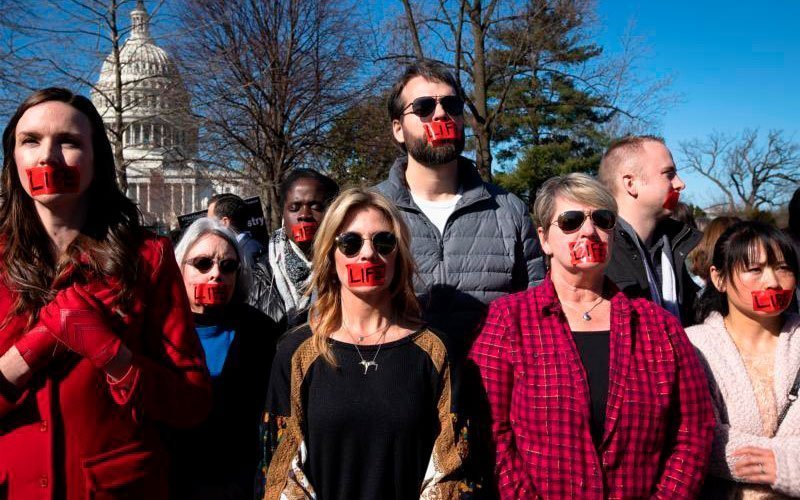 WASHINGTON (CNS) — In oral arguments March 4, the Supreme Court justices expressed mixed views about a Louisiana law that requires abortion providers to have admitting privileges at a local hospital and if the abortion providers have the legal standing to challenge the state law on behalf of their patients.

At the end of the hourlong arguments, there were no clear answers.

The case has a familiar ring because the court struck down a nearly identical law in Texas four years ago, although with a different bench without Justices Neil Gorsuch and Brett Kavanaugh.

In the Texas case, Whole Woman’s Health v. Hellerstedt, the court said the requirements imposed on abortion providers — to have hospital admitting privileges — imposed “a substantial burden” on women who were seeking abortions and the law wasn’t necessary to protect women’s health.

Chief Justice John Roberts, viewed as a key vote in this case, joined the dissenting opinion in that decision. But last year, he sided with the justices who agreed to stop the Louisiana law from going into effect while its challengers pursued their appeal.

In the March 4 arguments, Roberts zeroed in on how its Texas decision should impact the Louisiana law.

“Can the results be different in different states?” he asked the attorney representing Louisiana abortion clinics and doctors who challenged the state law on behalf of their patients.

The justices did not express a desire to overrule the Texas decision and, with the exception of Justice Samuel Alito, they didn’t seem to support the claim that abortion providers and doctors did not have the standing to fight this law on behalf of their patients.

Supporters of the Louisiana law defend it as a necessary regulation to guarantee women’s health and safety while its critics argue the law places unnecessary burdens on abortion providers and makes it more difficult for women to get abortions.

Justice Ruth Bader Ginsburg said, “most of these abortions don’t have any complications.” She also added that if a patient needed hospital care, it wouldn’t be near the clinic, but near her home, questioning the state’s 30-mile requirement for hospital-admitting privileges.

Justice Stephen Breyer, near the end of the argument, noted the ongoing study and discussion the justices were going to have to have about his case saying: “We’re not going to solve this” during oral arguments.

More than 70 friend-of-the-court briefs were filed on both sides of this case with health care professionals, researchers, lawmakers, states, and religious and advocacy groups alike weighing in.

Catholics for Choice —  a group the U.S. bishops said years ago has “no affiliation, formal or otherwise, with the Catholic Church” — joined other religious groups in a brief opposing the state law, saying its restrictions would leave only one doctor at one clinic in the state, which would impact the “poorest Louisianans.”

In a March 4 statement, Kat Talalas, with the USCCB’s Secretariat of Pro-Life Activities, said: “Louisiana is right to prioritize women over abortion industry profits. All states, not only Louisiana, have a strong interest in regulating a procedure which is lethal to children and immensely damaging to women.”

“The Catholic Church encourages all people of faith to pray about the outcome to this very important case,” she added.

Bordlee, in an interview with the Clarion Herald, archdiocesan newspaper of New Orleans, days before the oral arguments, said the case was about a “commonsense, pro-woman, pro-life law,” and that its other dimension — third-party standing to bring a legal challenge — focused on a practice that’s “been happening where abortion industry representatives and their lawyers have been suing the state and challenging these commonsense regulations like ultrasound laws by saying that it hurts women’s health.”

“They’re claiming to speak for women, ” she said, adding: “Well, guess what, it’s 2020, and women can speak for themselves.”

Bordlee, who believes Roberts could be the swing vote in this case, said if the court issued a broad decision in the state’s favor, it could impact the court’s Roe decision that legalized abortion.

As she put it: The court could issue a very narrow decision that just talks about third-party standing or they could “uphold this particular law that protects women’s health.”

Or, she added, the court could take this a step further and “revisit Roe.”

“That all remains to be seen,” she said.

A decision in this case is expected at the end of June.

Peter Finney, executive editor/general manager of the Clarion Herald, newspaper of the Archdiocese of New Orleans, contributed to this report.