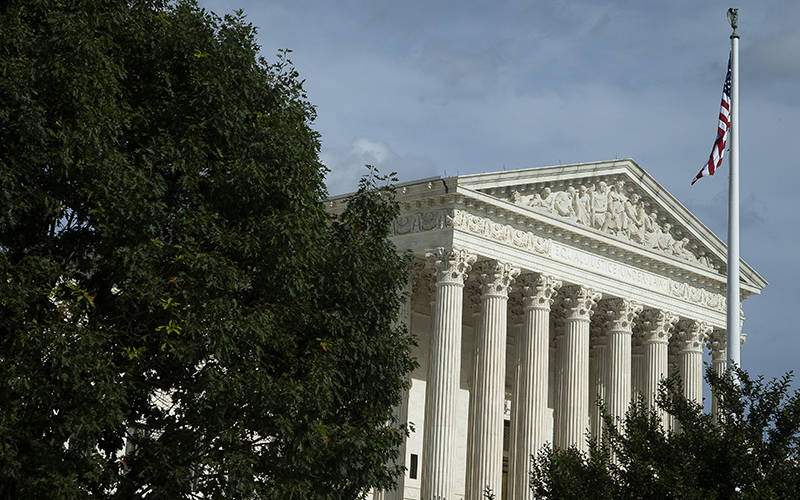 WASHINGTON (CNS) — In a 7-2 decision June 17, the Supreme Court dismissed a challenge to the Affordable Care Act, saying the states that sued over the law did not have the legal right to do so.

In the case, California v. Texas, the plaintiffs — 18 Republican states and two individuals — argued that the law’s individual mandate requiring nearly all Americans to have insurance was unconstitutional.

They further argued that because a 2017 amendment to the 2010 law nullified the penalty for not having even minimal health insurance, the entire law must be struck down.

Writing for the majority, Justice Stephen Breyer said the plaintiffs did not have standing to bring a suit against the mandate because they could not show an injury stemming from its enforcement.

She said that as the organization’s members continue to review the decision and its future implications, they were assured the ruling gave “a needed source of stability for individuals and families who rely on the protections and coverage” in the health care law.

“We hope today’s opinion represents the start of a new chapter in our nation where we can come together to strengthen the ACA to ensure all Americans have access to affordable health care,” she added.

“At a time when 31 million Americans receive health care coverage under ACA exchanges and Medicaid expansions,” she said, “it is time for our nation to redouble our efforts to close the Medicaid gap for the 2.2 million uninsured adults living below the federal poverty level.”

The case before the court was three-pronged. Besides examining whether the challengers had legal standing to sue over the mandate, the justices had to determine if changes made to the health care law by Congress in 2017 made the individual mandate unconstitutional, and if so, if that part of the law could be separated out or if the entire ACA would need to be struck down.

Breyer’s decision said Article III of the U.S. Constitution requires identification of a remedy that will redress the individual plaintiffs’ injuries, but in this case the plaintiffs could show no injuries, so therefore “no such remedy exists here.”

“To find standing to attack an unenforceable statutory provision would allow a federal court to issue what would amount to an advisory opinion without the possibility of an Article III remedy,” it said. “Article III guards against federal courts assuming this kind of jurisdiction.”

When the court heard oral arguments over the ACA’s fate last November, it was the third time it had done so since the health law was signed 10 years ago. This third go-round they indicated that they were willing to leave the bulk of the law intact even if they found one part of it to be unconstitutional.

Roberts and Kavanaugh repeatedly stressed that they didn’t see how it was necessary to strike down the entire health care law even if its individual mandate, requiring each person to buy health insurance, was invalidated.

Roberts pointed out that the move by Congress in 2017 to drop the penalty for not buying health insurance did not indicate its intent to do away with the entire health care law.

The ACA, which became law 11 years ago and was fully implemented in 2015, survived its battles with high court twice before, in 2012 and 2015. The 2020 challenge to the law also was backed by President Donald Trump’s administration.

The former president had frequently said he wanted the court would throw out Obamacare in its entirety.

Striking down the law would have left 20 million Americans uninsured, according to estimates from the Urban Institute.

The biggest loss would have been for low-income adults eligible for Medicaid under the law after most states expanded the program to include them. Millions of other Americans would lose the private insurance plans they enrolled in via the ACA marketplaces, including young adults who had been eligible to stay on their parents’ plans until they turned 26.

Since 2010, the Catholic Church has had a complicated relationship with the health care law. Catholic hospitals have long emphasized the poor and vulnerable must have access to health care, but church leaders have objected to the law’s contraceptive mandate, requiring that employee health insurance plans provide contraceptive coverage.

The Catholic Health Association of the United States, which includes more than 2,200 Catholic hospitals, nursing homes, long-term care facilities, systems, sponsors and related organizations, filed a brief in support of the petitioners in this case. The brief stressed that CHA has “witnessed firsthand the devastating impact of the lack of affordable health insurance and health care on vulnerable members of our society.”

In a statement last fall, months before oral arguments took place, Mercy Sister Mary Haddad, CHA’s president and CEO, urged the court to uphold the current law, saying that striking it down would be devastating to millions of Americans, including those with COVID-19. She also emphasized that a ruling on one part of the law should not impact the law as a whole.

In her reaction June 17, she said the Catholic Health Association views affordable health care as a basic human right and its members look “forward to working with members of Congress and the administration to ensure this goal becomes a reality for all Americans.”

Tags: Health, U.S. Supreme Court
Copyright © 2022 Catholic News Service, Inc. All rights reserved. Linking is encouraged, but republishing or redistributing, including by framing or similar means, without the publisher's prior written permission is prohibited.