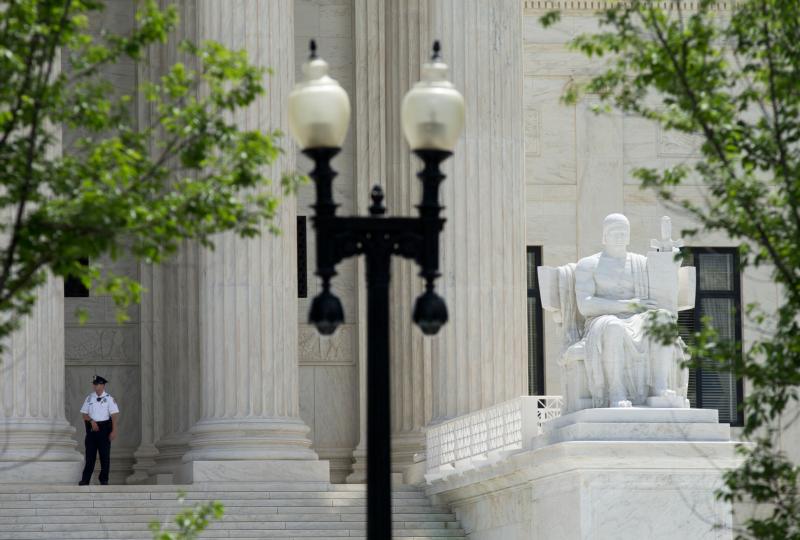 The U.S. Supreme Court in Washington is seen June 7.

WASHINGTON (CNS) — The U.S. Supreme Court announced June 26 that it will hear a case involving President Donald Trump’s travel ban, seeking to delay entry into the country to immigrants from six majority-Muslim countries and suspend for a time the entry of all refugees.

In the meantime, the court said, some parts of the ban will be able to go into effect.

The ban “may not be enforced against foreign nationals who have a credible claim of a bona fide relationship with a person or entity in the United States,” the court said, but “all other foreign nationals are subject to the provisions of (the executive order).”

Denying entry to immigrants with no connection to the country “does not burden any American party,” the court said.

The troubled executive order went into litigation almost as soon as it was issued just a week into the new president’s term Jan. 27. It has been revised, but those revisions, too, have faced challenges.

The U.S. Catholic bishops have opposed the ban, particularly the provision that suspends entry of all refugees for at least four months.

“We remain deeply troubled by the human consequences of the revised executive order on refugee admissions and the travel ban,” Bishop Joe S. Vasquez of Austin, Texas, said in March. His statement as chairman of the U.S. Conference of Catholic Bishops’ Committee on Migration. The statement came after the executive order’s second revision.