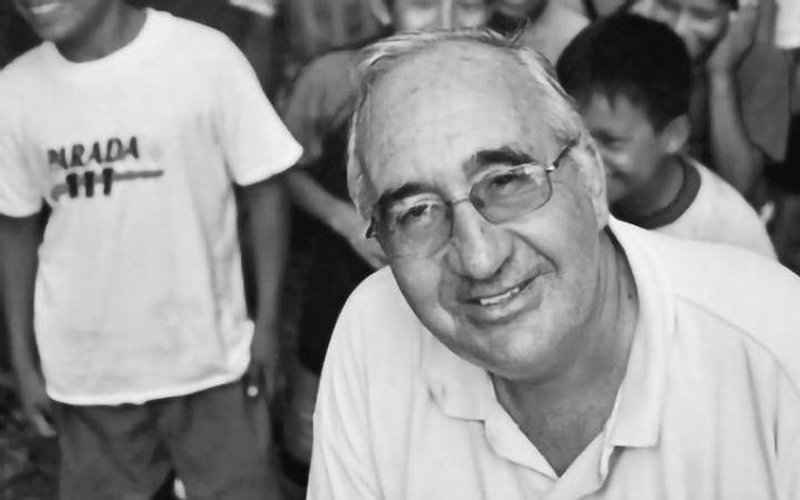 Jesuit Father Carlos Riudavets Montes, who was found murdered in the boarding school where he lived, was buried Aug. 12 in Chiriaco, in the Apostolic Vicariate of Jaen in Peru's northern Amazon region. He is pictured in an undated photo. (CNS photo courtesy Vatican News)

LIMA, Peru (CNS) — The Peruvian National Police arrested a suspect in connection with the death of Jesuit Father Carlos Riudavets.

Osman Pitug Wajush was arrested on at least two warrants, according to information posted Sept. 4 on The Jesuit Post website.

The arrest came nearly a month after a cook found Father Riudavets’ body Aug. 10 at the Jesuit residence on the grounds of Valentin Salegui School, part of the Jesuits’ Faith and Joy school network.

Police said Pitug was a prime suspect partly because his sister was employed at the school, allowing him access to information on the activities of the Jesuits and other school personnel.

Some Jesuits have expressed doubt that Pitug had a role in the priest’s death, however, the posting said.

Police continued to investigate the murder following the arrest.

Since the murder, the Peruvian province of the Society of Jesus initiated steps to protect other Jesuits who also had been threatened prior to the Father Riudavet’s murder.

The posting said the Jesuit community “was effectively closed” and the school’s administration was entrusted to the 68-school Faith and Joy network.

Two Jesuits in formation who lived in the community were assigned elsewhere, one returned to his home province in Africa, and another moved to a different part of Peru, the posting said.

Jesuit Father Juan Carlos Morante, the order’s provincial leader in Peru, said in a letter to the province that a Jesuit “will visit the school regularly to help with the supervision.”

The future of the school and the Jesuits’ presence in it will be discussed with the local bishop and administrators in the school network, Father Morante wrote.

Father Riudavets, a native of San Luca de Guadiana, Spain, had worked in Peru’s Amazon region since 1980, serving as a teacher and later principal of the school. Although retired, he continued to live and assist there.

The school serves about 270 Awajun and Wampis indigenous students from villages along five rivers in Peru’s Amazon region. No students were at the school at the time of the murder because it was closed for mid-year vacation.