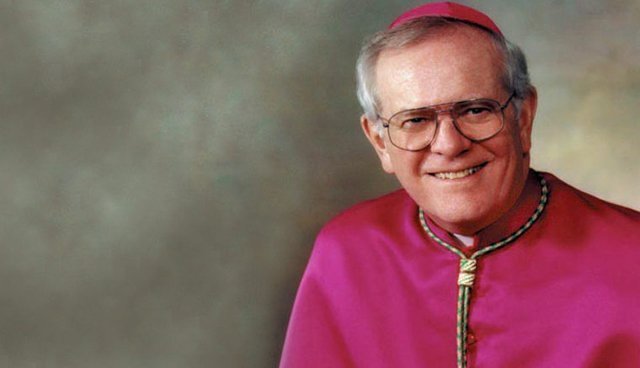 Bishop Moynihan was "a true shepherd and an example of Christian discipleship for us all," according to a statement from the Diocese of Rochester, which said Bishop Salvatore R. Matano and Bishop Emeritus Matthew H. Clark joined with the Rochester Diocese’s priest, deacons, religious and faithful in mourning Bishop Moynihan.

"He faithfully served the people of God as a priest, pastor and in many leadership roles. We thank God for his service to the church," the statement continued. 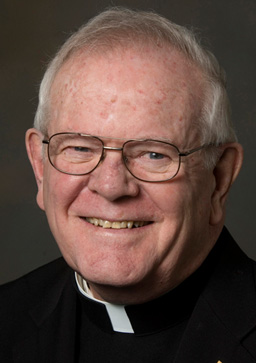 Bishop Moynihan was born in 1932 in Rochester, where he attended Blessed Sacrament Parish as a child. He attended Blessed Sacrament School, Nazareth Hall, and St. Andrew’s and St. Bernard’s seminaries, as well as the North American College in Rome. He was ordained a priest on Dec. 15, 1957, in Rome. He served as assistant pastor at St. Francis de Sales Parish Geneva for several months before returning to Rome to study at Gregorian University. After earning his doctorate in canon law in 1961, he returned to the Diocese of Rochester and served as assistant pastor at Our Lady of Mt. Carmel Parish.

He served the Rochester parish until 1963, when he became secretary to then-Bishop James E. Kearney, a position he held while also serving as chaplain at the Monroe County Jail. He was named vice chancellor in 1964, chancellor in 1967 and diocesan consultor in 1968. He returned to chaplaincy in 1974 when he became chaplain at Highland Hospital in Rochester, where he served until becoming pastor at St. Joseph Parish in Penfield in 1976.

Bishop Moynihan left quite a legacy at the parish, according to Kathy Best, who served as president of St. Joseph’s parish council during his 15-year tenure at the parish.

"He was outstanding, he really was. He was a person who really encouraged people to come forward and bring their ideas of how to reach out and how to expand ministry," said Best, who currently serves as receptionist at St. Joseph. "He just gave everybody such a great feeling of empowerment. We did so many things, we still do, and a lot of it is because he gave us the impetus to move forward and to have confidence and faith in our ability to minister to people."

Then-Father Moynihan encouraged lay parishioners to become involved in reaching out and ministering to sick parishioners and those in nursing homes, and he was instrumental in the founding of what eventually became the parish’s Stephen Ministry program, which continues to help parishioners today, Best said.

Bishop Moynihan left St. Joseph in 1991 to become associate secretary general for the Catholic Near East Welfare Association. Four years later, he was ordained bishop of the Diocese of Syracuse on May 29, 1995. During his 14 years at the helm of the Syracuse Diocese, he frequently spoke out against abortion and in 1999 protested against the death penalty, according to the Diocese of Syracuse’s newspaper, The Catholic Sun. He oversaw several extremely successful fundraising campaigns and outlined the pastoral-planning process that continues in the Syracuse Diocese today, according to The Sun. He led the diocese as it implemented policies and procedures meant to prevent abuse and held healing services for people hurt by previous abuse.

He also was a staunch supporter of the sainthood cause of Mother Marianne Cope, a Franciscan sister who lived and served in central New York in the mid-1800s and became known for her extensive work with lepers in Hawaii before her death in 1918. She was canonized in 2012.