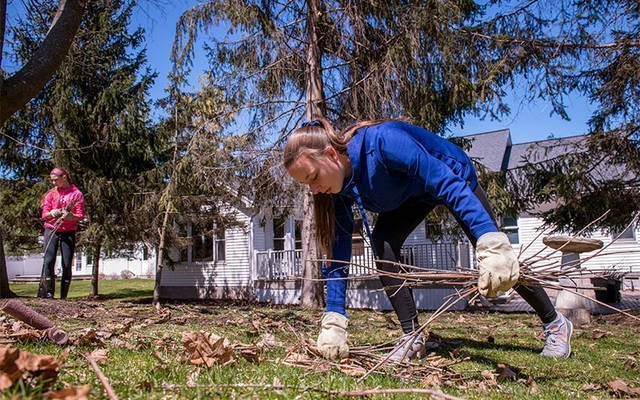 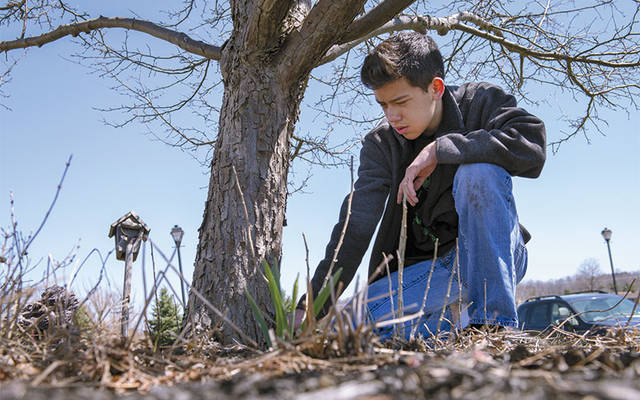 Anthony Klosterman does not tell the teens he works with at St. Patrick Parish that they are the future of the Catholic Church. Instead he has a different message for them.

“It’s really important for them to realize that they are the church, not that they’re going to be the church,” he remarked. “I want them to see themselves not as the church of the future but the present church, a church alive because of their efforts and their work.”

That’s why Klosterman has been a strong supporter of the Victor parish’s Youth Service Sundays initiative, which began in the fall of 2016, shortly after a group of St. Patrick’s teens returned from a weeklong service trip to the Appalachians in Pennsylvania. They wanted to continue their efforts locally, so they helped devise a way teens could serve others in their own community on a regular basis, said Klosterman, who was St. Patrick’s youth and young-adult minister until late April, when he became St. Patrick’s coordinator of faith formation and preschool.

Klosterman’s successor, Kristin Leschhorn, is equally supportive of the grassroots initiative, which brings anywhere from five to 50 teens together on the third Sunday of every month. After gathering at St. Patrick, the teens work together in small groups to help their neighbors.

Sometimes their projects are on St. Patrick’s campus, where teens have cleaned up the grounds, done yard work in the parish cemetery, and formed an assembly line in the parish kitchen and made peanut butter and jelly sandwiches for the Open Door Mission in Rochester, Klosterman said. More frequently, however, their community-service projects take the teens into the community.

“Far and away, our projects are yard work, and generally for our elderly parishioners and their neighbors and friends,” he noted.

These projects in particular provide an opportunity for the teens to get to know their fellow parishioners of other generations and have allowed them to form friendships that otherwise may not have developed, Klosterman said.

Allison Heltz, 17, formed one such friendship when she participated in St. Patrick’s very first Youth Service Sunday. Allison and several other teens cleaned up the yard of an older parishioner, who then surprised the teens by inviting them inside for hot chocolate and dessert.

“We formed an instant connection,” Allison recalled. “Just getting to talk to (her) was amazing, and now I see her usually most weeks at 5 p.m. Mass. Occasionally we talk about school and youth group, and I know that for me, those chats put a smile on my face.”

These new-found relationships help some of the elderly parishioners combat loneliness and also prove to the teens that they can go outside of their comfort zones and form friendships with people of other age groups, said Jake Graham, 17. The teens’ efforts also demonstrate to older parishioners that the young people are active participants in the life of their church, Allison added.

“It’s important to them to see the younger generations preserving the church that they have been apart of, for most of them, their entire lives,” she said.

Youth Service Sundays reaffirm the interconnectedness of the various members of the body of Christ, Klosterman agreed. At the conclusion of each Youth Service Sunday the teens and adult volunteers regroup back at the church, where they pray together and reflect on their experiences, and this elevates the whole experience from simple community service into something more meaningful, he said.

“Without that (prayer and reflection) it’s just doing work ‚Ä¶ but when you sit down as a group the dots start to connect. We’re building that sense of the body of Christ within the geographical parish,” he said.

Regular participation in Youth Service Sundays has helped both Jake and Allison realize the joy of serving others, they said. These opportunities also help the teens understand their role in the church right now, Allison added.

“Despite us being young we are called by the church to help people, and that itself is so powerful,” she said.