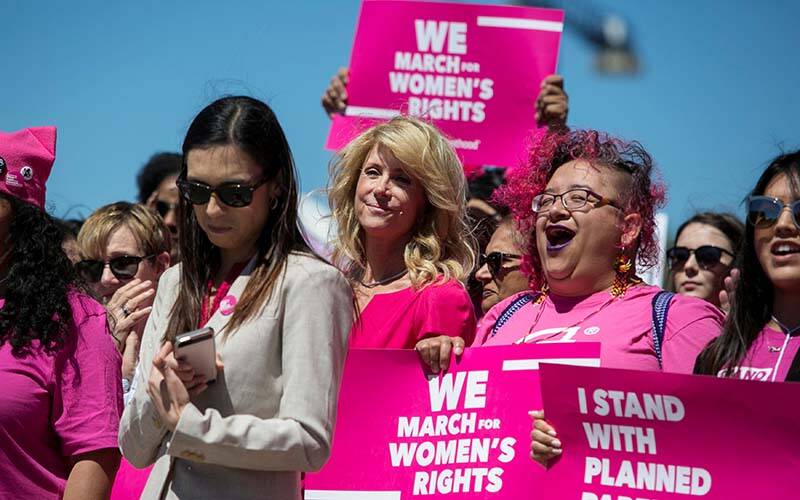 A Planned Parenthood rally is seen outside the State Capitol in Austin, Texas, in this 2017 file photo. (CNS photo by Ilana Panich-Linsman/Reuters) 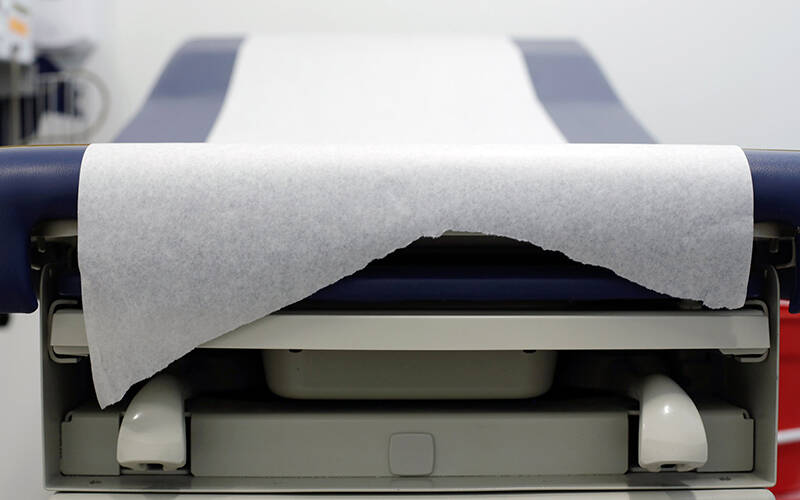 WASHINGTON (CNS) — Texas abortion providers urged the Supreme Court Sept. 23 to once again, and quickly, review their challenge to the state law banning most abortions after six weeks of pregnancy.

The group asked the court to essentially fast-track a decision on this without waiting for the federal appeals court to rule on it in December.

In their brief, the abortion providers and supporting organizations asked the nation’s high court to grant a petition for a “certiorari before judgment” — a rare procedure where the court speeds up its review of the decision of a U.S. District Court prior to a decision made by the federal appellate court.

The decision on the state’s abortion ban is currently pending before the 5th U.S. Circuit Court of Appeals, based in New Orleans.

“Texas is in crisis,” said the group seeking quick action from the Supreme Court. The group includes Planned Parenthood, the American Civil Liberties Union, the Center for Reproductive Rights and a Texas abortion clinic. They said an “intervention by the Supreme Court is urgently needed, because despite the great harm the ban is causing.”

Their request came three weeks after the Supreme Court’s 5-4 decision declining to block the Texas law from going into effect, which sent it back to the lower courts.

In their Sept. 23 brief, the abortion providers said abortion clinics in Texas have stopped performing abortions causing some women to travel to clinics in other states. If the law stays in place, they warned that other states will enact similar laws.

“The gravity of the circumstances and the paramount importance of the question presented warrant this court’s intervention” they said.

John Seago, legislative director for the Texas Right to Life, said the filing did not seem to be a reasonable legal tactic and was more of a “last-minute Hail Mary.”

“This is just another development in the abortion industry’s desperate actions to try to stop this bill from saving lives,” Seago told the Texas Tribune.

After the court’s Sept. 1 decision, which allowed the law to take effect, the Texas Catholic Conference, said this was the first time since Roe v. Wade that the nation’s high court “has allowed a pro-life law to remain while litigation proceeds in lower courts.”

President Joe Biden criticized the court’s ruling and said in a Sept. 2 statement that his administration will look to launch a “whole-of-government effort” to respond to it and to see “what steps the federal government can take to ensure that women in Texas have access to safe and legal abortions as protected by Roe.”

On Sept. 9, the Justice Department sued Texas over the new abortion law, saying it was unconstitutional.

In the Supreme Court’s early September decision, Chief Justice John Roberts joined Justices Sonia Sotomayor, Elena Kagan and Stephen Breyer in dissenting votes and each of them wrote separate statements expressing their disagreement with the majority.

A key part of the law that the dissenting justices took issue with is its emphasis on private citizens bringing civil lawsuits in state court against anyone, other than the patient, involved in an abortion, including the driver. As further incentive, the state law says anyone who successfully sues another person could be entitled to $10,000.

Kagan called the Texas law “patently unconstitutional,” for its emphasis on encouraging “private parties to carry out unconstitutional restrictions on the state’s behalf.”

The state’s law — signed by Republican Gov. Greg Abbott in May — is one of the strictest abortion measures in the country, banning abortions after a fetal heartbeat is detectable. The law has an exception for medical emergencies but not for rape or incest.

In a Sept. 3 statement, the Texas bishops said: “We celebrate every life saved by this legislation. Opponents of the law argue the term ‘heartbeat’ is misleading. They call it ‘embryonic cardiac activity’ or worse, ‘electrically induced flickering of embryonic tissue.’ These attempts to dehumanize the unborn are disturbing.”

The Supreme Court has consistently ruled that states cannot restrict abortion before the 24-week mark. On Dec. 1, the court is scheduled to hear oral arguments about Mississippi’s abortion ban after 15 weeks of pregnancy.