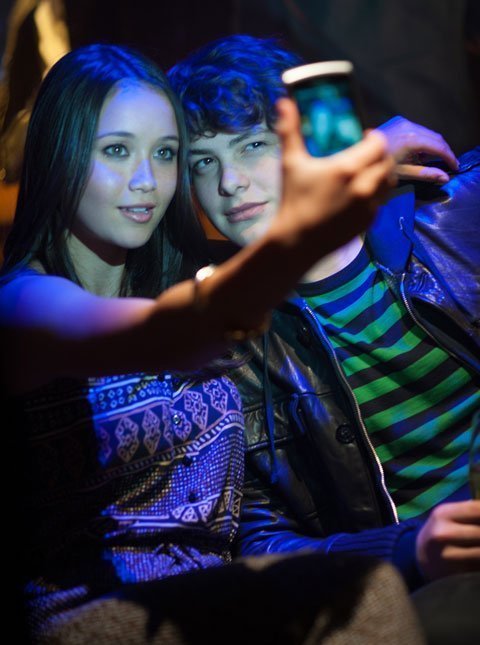 NEW YORK (CNS) — Parents, lock up your teenagers, lest they pick up any bad habits from "The Bling Ring" (A24 Films), and rob their neighbors blind.

This disturbing film is even more unsettling because it’s based on a true story. In Los Angeles, a gang of way-cool high school students targeted their favorite stars and burgled the celebrities’ homes, stealing clothing, jewelry and cash to fill their own closets and pockets.

These young Bonnies and Clydes from the Valley, christened "The Bling Ring" by the tabloids, were shockingly successful before the law belatedly caught up with them.

At a suburban high school for troubled teens, Marc (Israel Broussard) is the insecure new kid. He is befriended — and bewitched — by Rebecca (Katie Chang), a glamorous girl with an air of mystery. Together they skip school, do drugs, get drunk, and swap sob stories, all to a thumping soundtrack.

Before long, Rebecca shares her weakness — she has sticky fingers. She craves the A-list lifestyle of the celebrities she follows on TV and in magazines, and so has decided to steal the expensive accoutrements that go along with it. Beginning with parked cars — in La-La Land, it seems, people leave their autos unlocked with purses inside — Rebecca and Mark soon graduate to looting gated mansions.

The gang of two becomes five with the recruitment of three sisters: Nicki (Emma Watson), Sam (Taissa Farmiga), and Chloe (Claire Julien). The trio is home-schooled by a clueless mom (Leslie Mann), who dispenses Adderall at breakfast and gathers the children in a prayer circle, encouraging them to "go out and make a difference."

They certainly do. As Nicki nonchalantly tells the gang, "Let’s go to Paris Hilton’s house. I wanna rob."

Remarkably, it is all too easy. High-profile addresses are found via Google, doors are unlocked, or keys are left under mats. All it takes is a tabloid report that a star is away from home, and the teens descend like locusts.

Their exploits and plunder are shared via Facebook, and fellow students regard them as heroes. Even when their crimes are exposed on TV, the gang is excited to share the spotlight with Lindsay Lohan (whose house they also rob).

In choosing a documentary style, director Sofia Coppola ("Somewhere"), who also wrote the screenplay, withholds judgment on the teens’ actions. Whatever the aesthetic consequences of that choice, morally, it’s a fatal flaw; the movie winds up glamorizing a rootless and immoral — not to mention criminal — lifestyle.

The film contains a benign attitude toward stealing, pervasive drug use and underage drinking and occasional profane and crude language. The Catholic News Service classification is O — morally offensive. The Motion Picture Association of America rating is R — restricted. Under 17 requires accompanying parent or adult guardian.