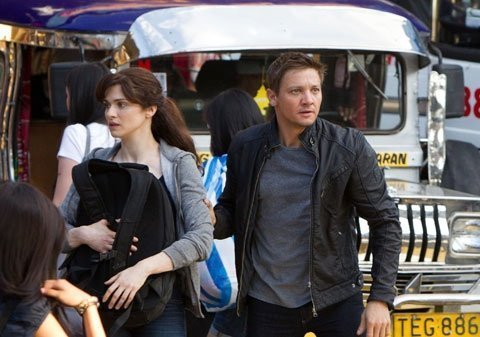 NEW YORK (CNS) — Can the Bourne franchise continue without Matt Damon’s Jason Bourne? If the mediocre extension "The Bourne Legacy" (Universal) is all we have to go on, perhaps the answer is: Yes, but with considerably diminished results.

Based on a series of novels by Robert Ludlum, the popular — albeit frequently violent — trilogy that began with 2002’s "The Bourne Identity" reached a satisfying narrative wrap-up, five years later, with "The Borne Ultimatum."

But Hollywood’s reliance on proven box-office winners is such that an attempted resuscitation was probably inevitable. Though Damon abstained from participating, Tony Gilroy, veteran scribe of all three previous installments, returns to direct and co-write this tangentially related tale.

Standard shootouts, fatal vehicular accidents and at least one close-up scene of medical unpleasantness mark the results as off-limits for youngsters. Most adults, though, will probably take these elements — along with the script’s occasional lapses into foul language — in stride.

In the wake of Bourne’s public exposure of a top secret program that biologically altered government spies to enhance their skills, the intelligence establishment — led by retired Air Force Col. Eric Byer (Edward Norton) — decides to terminate a similar Defense Department project. Terminate, that is, with extreme prejudice: They plan to kill everyone involved.

However, one subject, Aaron Cross (Jeremy Renner), manages to escape assassination. The weapon sent against him as he trains for future missions in the Alaskan wilderness? A drone; how topical!

Making his way back to civilization, Cross seeks out Dr. Marta Shearing (Rachel Weisz), the researcher who treated him as he was being endowed with his heightened powers. Shearing has just had a close call of her own — no coincidence, that — when a drugged or brainwashed colleague shot up their lab, thus disposing of all his other co-workers.

Together, the two survivors go on the lam, and struggle to evade their pursuers’ global reach.

Though it winds up in Manila, Gilroy’s convoluted cat-and-mouse game — written in collaboration with his brother Dan — doesn’t amount to much of a thrilla.

With his subdued demeanor, Renner’s Cross makes a less-than-charismatic centerpiece around which to try to orbit the overly detailed proceedings. Norton’s Byer, meanwhile, gives vent to such weighty — make that ponderous — announcements as "We are morally indefensible, and absolutely necessary!"

Byer is also given no fewer than five malign cohorts (Stacy Keach, Dennis Boutsikaris, Albert Finney, David Strathairn and Scott Glenn) with whom to debate, in heated tones, the fate of various hidden organizations and codenamed schemes. Treadstone, Blackbriar, Outcome, Candent. … "There was never just one," declares the movie’s advertising slogan. Well, OK, but did there have to be so many?

The film contains considerable, at times harsh, violence with some gore, about a half-dozen uses each of profanity and crude language and a few crass terms. The Catholic News Service classification is A-III — adults. The Motion Picture Association of America rating is PG-13 — parents strongly cautioned. Some material may be inappropriate for children under 13.