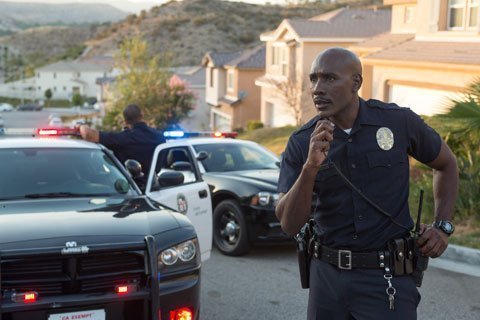 NEW YORK (CNS) — For most of its running time, director Brad Anderson’s thriller "The Call" (TriStar) plays out as serviceable, if uninspired, entertainment for adults. But late developments make it first thoroughly implausible and then — through an appeal to viewers’ basest and most visceral instincts — morally unacceptable.

In a bid to answer the question, "What is life like on the other end of a 911 call?" Anderson takes us inside "The Hive," the bustling room where Los Angeles police specialists field urgent requests for help. Among these professional soothers is veteran emergency-line operator Jordan (Halle Berry).

Rattled, early on in the proceedings, by a mistake that proves to have fatal consequences, Jordan retreats from the switchboard, and takes on the safer role of instructor for 911 newbies. When the terrified call of a kidnapping victim named Casey (Abigail Breslin) flummoxes one of her less-experienced colleagues, however, Jordan swings back into action.

A latter-day Valley Girl, teen Casey was minding her own business at the local mall when she fell into the clutches of chloroform-wielding psychopath Michael (Michael Eklund). While Michael is old-fashioned enough not to realize that chloroform went out with spats, Casey is modern enough to be carrying her cell phone. So, after waking up in Michael’s trunk, she lets her fingers do the walking.

Together, Casey and Jordan come up with some creative stratagems — but, temporarily at least, to no avail. As wily Michael manages to stay one step ahead of her, Jordan becomes increasingly invested in Casey’s fate. So much so, in fact, that the plot ends up on a collision course with credibility.

More importantly, a final twist finds this drama’s supposed good guys flouting both the law and the standards of civilized behavior. As they do, Richard D’Ovidio’s screenplay implicitly invites the audience not only to sympathize with their revenge-driven wrongdoing, but to revel in it.

The film contains an endorsement of vigilantism, much violence, some of it gory, at least one use of profanity, several sexual references and occasional rough and crude language. The Catholic News Service classification is O — morally offensive. The Motion Picture Association of America rating is R — restricted. Under 17 requires accompanying parent or adult guardian.