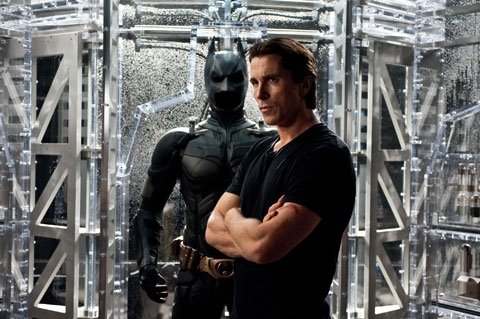 NEW YORK (CNS) — Paradoxically, sometimes success at the box office can turn out to be a burden for a movie director. Having created one popular picture, Hollywood helmers can find themselves faced with impossible expectations for the sequel.

That problem is especially acute in the case of Christopher Nolan’s "Dark Knight" trilogy, of which "The Dark Knight Rises" (Warner Bros.) is the final installment. Given that the feature stands in the shadow of 2005’s successful reboot of the franchise, "Batman Begins," as well as 2008’s "The Dark Knight" — a film described by some critics as one of the greatest movies of all time — the question arises: Can the director and co-writer (with his brother, Jonathan Nolan) make lightning strike thrice?

The answer is neither a conclusive yea nor a definitive nay. While this lavish closing chapter will certainly delight the Caped Crusader’s dedicated fans, more casual viewers may find its 164-minute running time bloated and unwieldy.

Set eight years after "The Dark Knight," the latest adventure finds Batman’s alter ego — billionaire playboy Bruce Wayne (Christian Bale) — injured, exiled and grief-stricken. The events of the previous film have not only deprived him of the company of his childhood friend and love interest, Rachel Dawes, they’ve also made him an enemy in the eyes of the police and the public at large.

Yet, inevitably, Wayne and his chiropteran persona find themselves pulled out of retirement. Initially, that’s due to the arrival on the scene of slippery cat burglar Selina Kyle (Anne Hathaway) — a morally ambiguous character out to pilfer Wayne’s jewels and flirt with him at the same time. But it’s the aptly named terrorist mastermind Bane (Tom Hardy) who really forces Batman to don the cowl once more. In the face of his criminal onslaught, the cops — led by jaded commissioner James Gordon (Gary Oldman) — fall to pieces, despite the dedicated efforts of idealistic officer John Blake (Joseph Gordon-Levitt).

Hardy’s Bane, a worthy successor to Heath Ledger’s show-stealing Joker in the previous movie, seeks to claim the city of Gotham on behalf of "the people," thus providing a violent fictional twist on the real-life Occupy Wall Street movement.

Although Nolan’s visual style favors the bombastic set piece, his screenplay evinces a surprising amount of humanity and emotion. Especially so as it shows us the protagonist’s touching relationship with long-serving butler Alfred (Michael Caine) who acted as a father figure to the young lad after Wayne’s parents were murdered.

These personal touches accompany a message about self-sacrifice that makes more explicit than ever the altruism that has always characterized Bob Kane and Bill Finger’s comic-book creation — who made his debut on the printed page in 1939. Batman’s rejection of anger and revenge — as well as his refusal to employ unnecessary violence in fighting crime — are also emphasized. So too, of course, is his desire to do good.

Nonetheless, the bone-breaking nature of the mayhem on display excludes the youngest batfans, who would also likely find their attention spans taxed by the lengthy proceedings. Some parents may, however, deem "The Dark Knight Rises" acceptable fare for older adolescents.

The film contains frequent and intense action violence, including gunplay, an implied nonmarital encounter, a few uses of profanity and some crass terms. The Catholic News Service classification is A-III — adults. The Motion Picture Association of America rating is PG-13 — parents strongly cautioned. Some material may be inappropriate for children under 13.