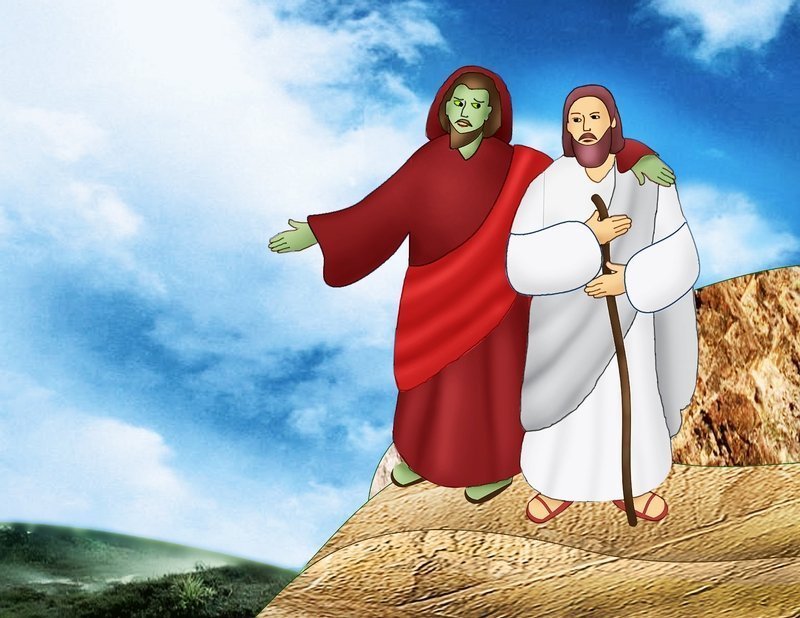 Saint for Today:St. Boniface of Lausanne

After Jesus was baptized, he was filled with the Holy Spirit. The spirit then led him into the desert to spend 40 days there and to be tempted by the devil.

Jesus did not have anything to eat during this time, so at the end of the 40 days he was very hungry.

The devil knew this and tried to use Jesus’ hunger to tempt him into doing something he shouldn’t.

“If you are the Son of God, command this stone to become bread,” the devil said to Jesus.

But Jesus could not be tempted so easily. In refusing to turn stones into bread, he told the devil, “It is written, ‘One does not live by bread alone.'”

The devil didn’t give up. He took Jesus to a high place and showed the Lord all the kingdoms of the world in the blink of an eye. The devil turned to Jesus and made him a promise.

“I shall give to you all this power and their glory; for it has been handed over to me, and I may give it to whomever I wish,” the devil said about all the kingdoms of the world. “All this will be yours, if you worship me.”

“It is written: ‘You shall worship the Lord, your God, and him alone shall you serve,'” Jesus said in reply.

The devil was starting to get frustrated, but he did not give up. He had another trick up his sleeve.

He led Jesus to the temple in Jerusalem and made him stand on the building’s parapet, which is a low wall or railing that protects the edge of a roof.

“If you are the Son of God,” the devil said, “throw yourself down from here, for it is written: ‘He will command his angels concerning you, to guard you,’ and: ‘With their hands they will support you, lest you dash your foot against a stone.'”

The devil realized he could not tempt Jesus, so he left the Lord for a time. Jesus returned to Galilee to teach in the synagogues. News about this spread, and everyone praised him.

READ MORE ABOUT IT:
Luke 4

1. Who led Jesus into the desert?

2. How many ways did the devil try to tempt Jesus?

There are many places in the Bible that talk about temptation.

In 2 Samuel 11, King David was tempted by a beautiful woman named Bathsheba, who was married to a man named Uriah. David purposefully sent Uriah into a battle where he knew Uriah would be killed. After Uriah died in the battle, David married Bathsheba. God was very upset with David’s evil actions.

In the Book of Job, a man named Job was very faithful to God. The devil did many bad things to Job to tempt Job into cursing God. Even though Job’s children died, he lost his possessions and he became covered in boils, Job never lost his faith in God and resisted the temptation to curse him.

And in James 1, the faithful are told of the reward they will receive from God for resisting temptation: “Blessed is the man who perseveres in temptation, for when he has been proved he will receive the crown of life that he promised to those who love him.”

St. Boniface of Lausanne was born in 12th century Belgium. He studied in Paris and was well-known for his university lectures.

He eventually taught at the cathedral school in Cologne, Germany, and it was there that he was appointed bishop of Lausanne, Switzerland.

As bishop, he was attacked for pointing out the corruption of the clergy and emperor, so he asked the pope to release him from being a bishop. Afterwards, he lived the rest of his days at a Cistercian nunnery in Brussels, Belgium. He died in 1260, and we honor him on Feb. 19.