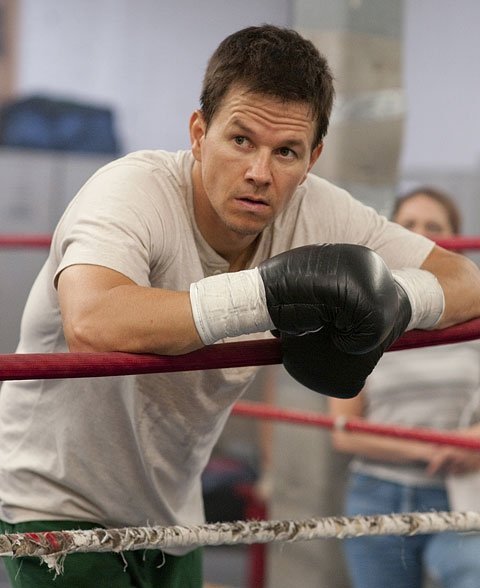 NEW YORK (CNS) — Take the intensity of "Raging Bull," add a dose of "Rocky" inspiration, and mix in the tawdry family squabbles featured on TV’s "The Jerry Springer Show" and you have "The Fighter" (Paramount), a fact-based drama that follows two half-brothers from Lowell, Mass., who long for fame — and redemption — via the boxing ring.

The siblings are Dicky Eklund (Christian Bale) and Micky Ward (Mark Wahlberg). Micky idolizes his older brother, the "Pride of Lowell," who once had his big shot as a welterweight boxer, going 10 rounds with the great Sugar Ray Leonard.

But the years have not been kind to Dicky, who has been on a self-destructive binge of drugs and loose women, all the while promising to mold Micky into the next world champion.

Bale’s performance is a revelation, and effectively steals the movie. A whirling dervish of twitches, one-liners, and extreme pathos, Dicky refuses to accept that his time has passed. He is convinced that the HBO film crew following him around is documenting his great comeback, when in reality they are producing a program on the horrors of crack addiction.

To Micky, family is everything. He sacrifices his own dreams for the sake of Dicky’s approval and, especially, for their monster of a mother, Alice (Melissa Leo). She’s a chain-smoking harridan who acts as their manager, hammering her sons to bring home the bacon. Surrounding Alice are her seven other children, all daughters with big blond hair, short shorts, and potty mouths.

This Greek chorus with far too much makeup provides "The Fighter" with comic relief of a sort, and their catfights would not be out of place on lowest-common-denominator daytime television.

Micky earns a reputation as a "stepping stone," a fighter who consistently loses matches, allowing the superior pugilist to advance. Alice regards her younger son merely as a source of revenue to bankroll Dicky’s comeback — even at the risk of Micky’s life.

Enter the barmaid with a heart of gold, Charlene (Amy Adams). "You think your family’s looking out for you?" she asks Micky, giving him the confidence to chart his own destiny. She stands up to Alice and the sisters, using her fists when necessary.

With her bare midriff and profane tongue, Adams, who rose to stardom playing a Disney princess in "Enchanted," has strayed very far from the realm of the Magic Kingdom.

When Dicky beats up a cop and goes to prison, Micky is at a crossroads: Give up fighting or go it alone. He chooses the latter, breaking with his family. "I’m trying to figure out what’s best for me," he says. "I’m sick of being a disappointment."

As Micky’s fortunes improve, Dicky monitors his sibling’s progress from prison, and is inspired to turn his own life around, as is Alice.

The ultimate message is that success is empty without forgiveness and without the love and support of your family, however raucously dysfunctional they may be.

Director David O. Russell gives "The Fighter" a gritty, documentary feel while keeping the action moving. The discomfort produced by the boxing scenes is relatively low, compared to the family brawls on the front porch. But this is certainly not fare for the casual viewer.