The followers of Jesus choose a new apostle - Catholic Courier 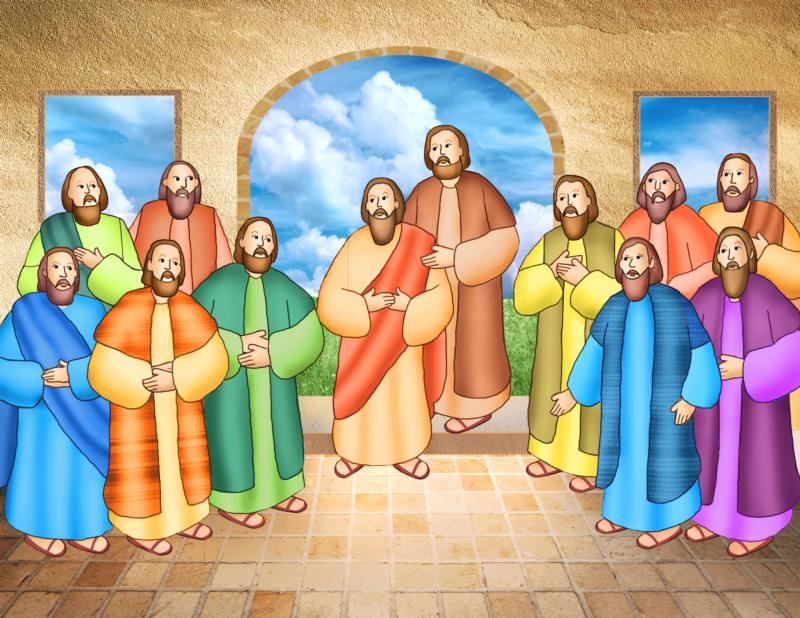 This is the artwork for Kids' Chronicle for May 14, 2020. (Illustration by Linda Rivers)

The followers of Jesus chose a new apostle

The followers of Jesus chose a new apostle

After Jesus died on the cross and resurrected, he visited his friends several times before ascending to his Father in heaven.

After watching Jesus return to heaven, the apostles returned to Jerusalem to the upper room where they had been staying. There were now 11 apostles in all, because Judas Iscariot, who had betrayed Jesus, was dead.

The apostles who were left were Peter, John, James, Andrew, Philip, Thomas, Bartholomew, Matthew, James son of Alphaeus, Simon the Zealot and Judas son of James.

The apostles all devoted themselves to prayer, along with some other people, including Jesus’ mother, Mary.

One day, when about 120 followers of Jesus were gathered in one place, Peter stood and spoke.

“My brothers and sisters, the Scripture had to be fulfilled which the Holy Spirit spoke beforehand through the mouth of David, concerning Judas, who was the guide for those who arrested Jesus. Judas was numbered among us and was allotted a share in this ministry,” Peter said.

Based on a passage in the Book of Psalms, which said, “May another take his office,” Peter said it was necessary to replace Judas with another man who had followed Jesus during the entire time of Jesus’ earthly ministry.

“Therefore, it is necessary that one of the men who accompanied us the whole time the Lord Jesus came and went among us, beginning from the baptism of John until the day on which he was taken up from us, become with us a witness to his resurrection,” Peter said.

The people then proposed two men to replace Judas: Joseph called Barsabbas, who was also known as Justus, and Matthias.

“You, Lord, who know the hearts of all, show which one of these two you have chosen to take the place in this apostolic ministry from which Judas turned away to go to his own place,” everyone prayed.

The apostles then gave lots to the people, and the lot fell upon Matthias.

After that time, Matthias was counted with the 11 original apostles and shared in their ministry.

1. Who had betrayed Jesus?

ESSAY: Describe how you would feel if you had witnessed Jesus’ return to heaven.

In Acts 1, we learn more about the ascension of Jesus.

In Verses 6-12, we read that Jesus and the apostles were outside Jerusalem on a mount called Olivet.

“Lord, are you at this time going to restore the kingdom to Israel?” the apostles asked.

“It is not for you to know the times or seasons that the Father has established by his own authority,” Jesus answered. “But you will receive power when the Holy Spirit comes upon you, and you will be my witnesses in Jerusalem, throughout Judea and Samaria, and to the ends of the earth.”

When Jesus finished speaking, he was lifted up, and a cloud took him from the apostles’ sight.

As the apostles were looking skyward to see where Jesus had gone, two men dressed in white suddenly were standing beside them.

Afterward, the apostles left Olivet and returned to Jerusalem, which was about a day’s journey away. They returned to the upper room and prayed with those who were gathered there.

St. Rita was born near Spoleto, Italy, around 1381. She wanted to be a nun, but she married instead because her parents wanted her to.

Rita’s husband mistreated her during their nearly 20-year marriage. After he died, she entered an Augustinian convent in Cascia and spent the next 40 years there.

She was known for devotedly caring for sick nuns and for a deep wound she had on her forehead for 15 years, which she said was from Christ’s crown of thorns.

Using the hints provided, choose the correct word to complete each sentence about the coming of the Holy Spirit.