The Ides of March - Catholic Courier 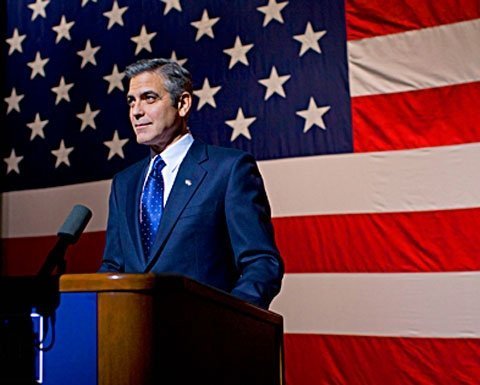 NEW YORK (CNS) — As recounted in the classic Shakespearean play that bears his name, the soon-to-be-assassinated Julius Caesar was warned by a soothsayer to "beware the Ides of March." In the case of director and co-writer George Clooney’s savvy yet raw political drama, "The Ides of March" (Columbia), that’s good advice for all but the gamest adults.

While fundamentally moral in most respects, this study in the corrupting effects of power is studded with mature subject matter and machismo-driven vulgarities that call for a well-formed conscience — and a thick skin — on the part of viewers.

Testosterone levels are high and the F-bombs get dropped lightly and often at the campaign headquarters of presidential candidate Gov. Mike Morris (also Clooney).

As the Morris forces work feverishly to win the crucial Ohio primary — slated for March 15, the modern equivalent of the titular date in the calendar of ancient Rome — Stephen has two experiences that suddenly change his whole outlook on the race.

The first is a secret meeting with Tom Duffy (Paul Giamatti), Paul’s opposite number in the camp of Morris’ sole remaining rival; the second a casual fling with Molly Stearns (Evan Rachel Wood), a young but sexually forward intern from his own office. Via the latter liaison, Stephen accidentally uncovers a seamy secret that leaves his idealism tottering.

With a sharp script — written in collaboration with Grant Heslov and Beau Willimon — and a powerful cast, Clooney turns in a slick adaptation of Willimon’s play "Farragut North," first staged in 2008. But significant plotlines involving marital infidelity, a situation that potentially amounts to unintentional statutory rape and, above all, the destruction of an unborn life set this far apart from casual entertainment.

Candidate Morris, who has rejected not only the Catholic faith in which he was raised but Christianity itself, and publicly expresses uncertainty as to our fate after death, is unapologetically "pro-choice." Yet — with wild but not, alas, unrealistic inconsistency — he immediately follows this up by basing his opposition to capital punishment on the grounds that "our society should be better than that."

Still, Morris’ stand on any given issue — he also voices support for single-sex "marriage" — is not the point of the movie, which is really about the electoral process and behind-the-scenes personal ethics. As for the onscreen visit to an abortion mill, the grimness and lingering remorse engendered by such a descent into the darkness — though not, of course, the full horror of it — are effectively conveyed.

The film contains brief semigraphic nonmarital — and possibly underage — sexual activity, abortion and adultery themes, a suicide, an instance of blasphemy, about a half-dozen uses of profanity and pervasive rough and crude language. The Catholic News Service classification is L — limited adult audience, films whose problematic content many adults would find troubling. The Motion Picture Association of America rating is R — restricted. Under 17 requires accompanying parent or adult guardian.