The Israelites complain to Moses about God - Catholic Courier 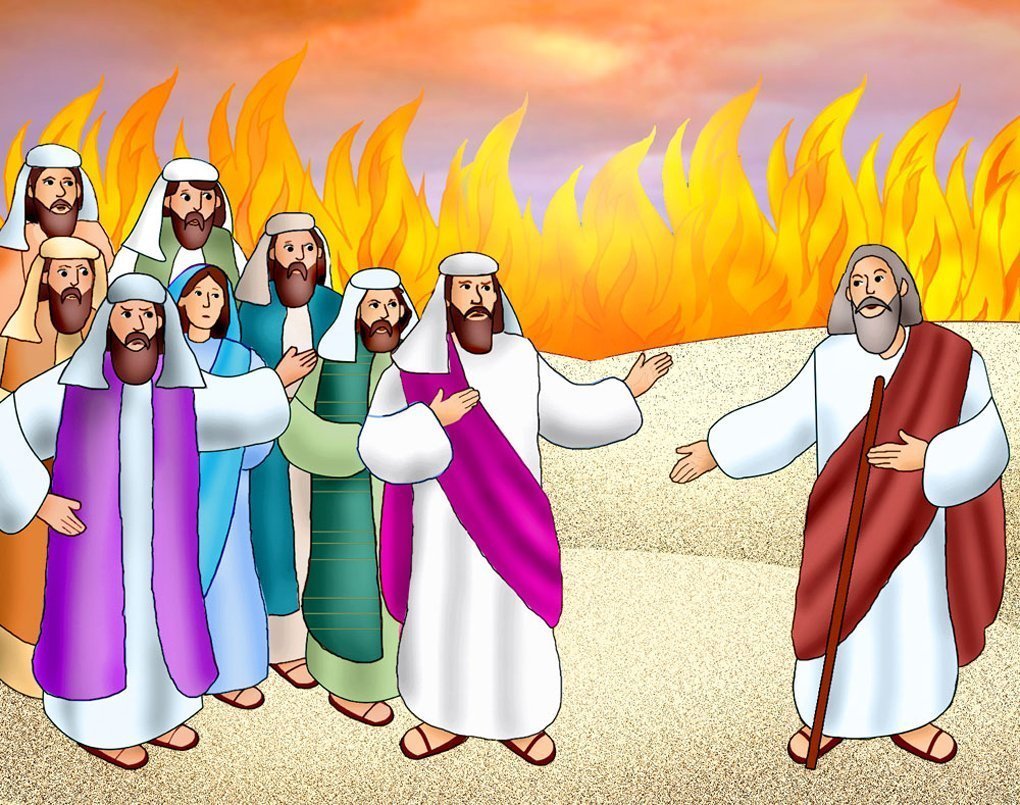 The Israelites complain to Moses about God

The people of Israel were unhappy because they had been living in the desert for such a long time. Some of them even said they were better off when they had been living as slaves in Egypt. The Lord heard their complaining and became so angry, he sent a fire that burned around the edges of their encampment.

Then the people complained about the fire, but they also were afraid of God’s wrath. They went to Moses and asked him to speak to God. Moses prayed to the Lord, and the Lord put out the fire that he had sent.

Once the fire was out, the people started to complain that they had not had any meat to eat in a long time. Moses once again went before the Lord and prayed. “Why are you so displeased with me that you burden me with all this people? . . . Where can I get meat to give to all this people? . . . I cannot carry all this people by myself, for they are too heavy for me.” The Lord told Moses the elders of Israel would help bear the burden of the people. He also told him to tell the people that they should sanctify themselves on the next day, when the Lord would send enough meat for everyone for a month.

When Moses was with 70 of the elders the Lord came down to them in a cloud. His spirit touched them all, and they began prophesying. Two other men, named Eldad and Medad, should have been with Moses and the other elders, but they had not yet joined them. The spirit of the Lord touched them also, where they were standing, and they too began prophesying. A young man heard them and ran to tell Moses. “Eldad and Medad are prophesying in the camp,” he said.

Joshua, who was with Moses, said, “Moses, my Lord, stop them.” Moses turned to Joshua and scolded him. “Are you jealous for my sake? Would that all the people of the Lord were prophets! Would that the Lord might bestow his spirit on them all!” Moses went back to the camp, and the elders followed him.

Then a powerful wind came up and pushed quail from the area near the sea toward the camp. There were so many the people spent all of one night and the next day gathering the birds. But the Lord was still angry, and many people became sick after eating the quail.

READ MORE ABOUT IT:
Numbers 11

Q&A
1. Why were the Israelites complaining?
2. What did Moses say to Joshua?

Bible Accent: The Book of Numbers

The Book of Numbers is a record of many of the laws God gave to Moses. It also is a record of the journey of the people of Israel as they wandered in the wilderness. A census was taken of all the males who were able to serve as soldiers. They were organized into an army that could fight or defend quickly, if there was danger. The Levites did not have to serve in the army. Instead they were given more priestly duties of protecting the tabernacle, the Ark of the Covenant and other holy objects. Some of the laws in the Book of Numbers pertain to religious ceremonies and sacrifices, which would have been the responsibility of the Levites to carry out or enforce. During the celebration of Passover, where the Israelites were protected from God’s wrath against Egypt, God said he would lead his people with pillars of cloud and fire.

Although La Louvesc was a high altitude region in France with harsh winters, it had beautiful scenery to offer visitors and members of the growing local community.

Father J. P. E. Terme opened a hostel to provide retreats for women and appointed as its superioress 23-year-old Teresa Couderc, who was born in 1805. His idea proved to be so popular and successful that similar retreat houses started to be built around the world. Unfortunately, Teresa’s retreat house experienced financial difficulties. She blamed herself and resigned her position.

She continued to work in religious capacities, but she tried to remain out of public view. As a result, it took a long time before she received credit for the good work she had done.

She is now recognized as a found ress who led a life of prayer. She died in 1885, and we remember her on Sept. 26.